Roughly 1,400 glass bottles, 400 cardboard juice boxes, 440 receipts, and more have been picked up since a volunteer-driven group was launch in Mid-March. 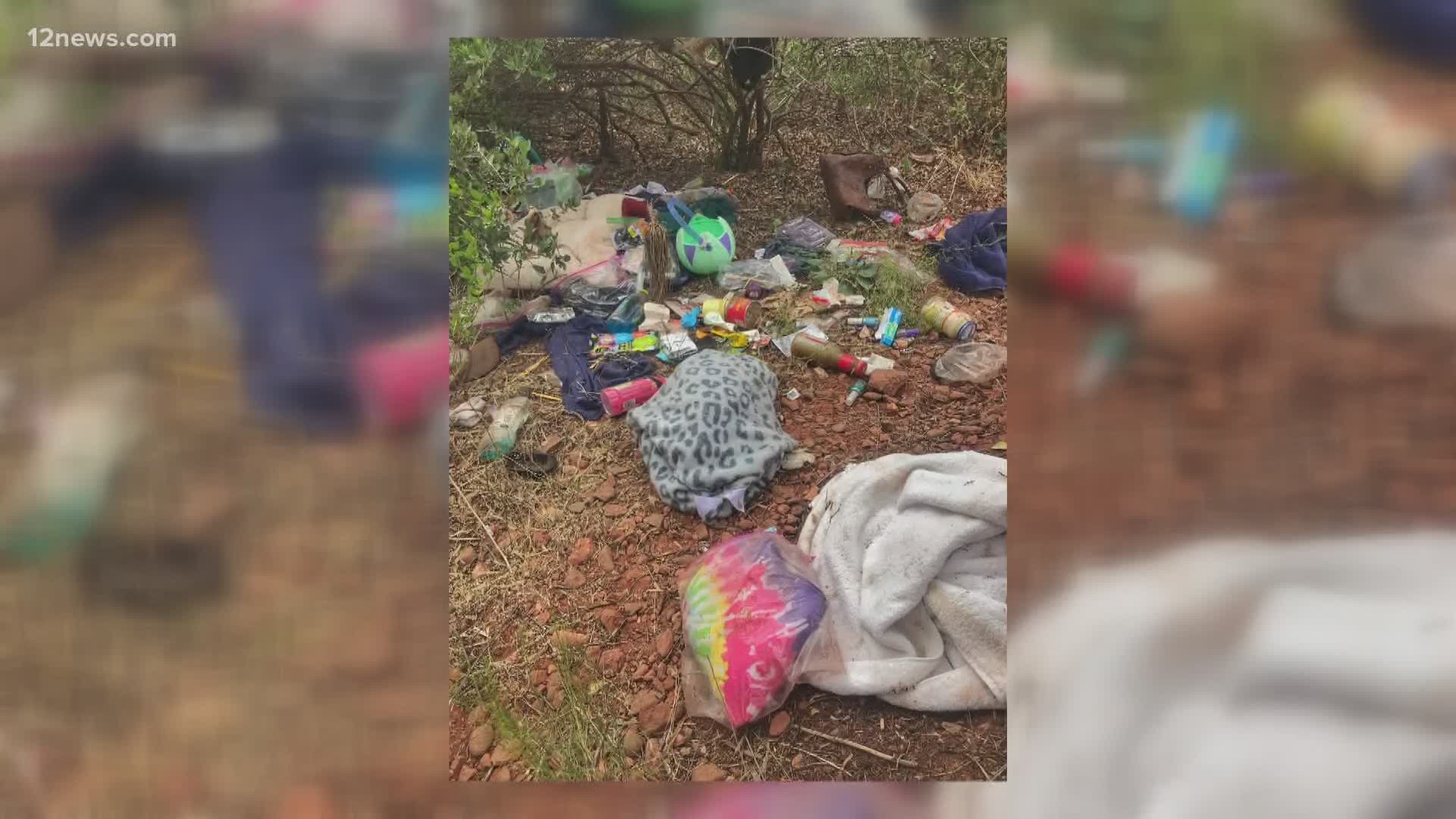 SEDONA, Ariz. — Sedona has seen a spike in litter since the start of the pandemic, according to a local business owner. Now he, and countless volunteers, are fighting back.

“Honestly," he said, "I was just simply overwhelmed by the tremendous amount of trash I was seeing everywhere.”

"And that was the most scary part, that was the dangerous part, and that’s what inspired the change," he said. "We saw broken glass, diapers, and feminine hygiene products floating in the same water we were swimming in."

That change centered around the creation of Stewards of Sedona, a volunteer-driven group focused on cleaning up trash.

Roughly 1,400 glass bottles, 400 cardboard juice boxes, 440 receipts, and more have been picked up since its launch in Mid-March.

But the problem has evolved.

He believes this issue is directly related to the increased free time people have experienced since the pandemic.

“Just unforeseen amount of usage," he said. "Never seen this many people in Sedona. It feels like it’s a Memorial Day or Labor Day weekend…it feels like a holiday weekend pretty much every day.”

If you would like to volunteer or see the progress that the group is making, check out the Stewards of Arizona Facebook page for more.

Stewards of Sedona
Stewards of Sedona (SOS) is dedicated to preserving the sanctity of Sedona's most wild places for generations to come through stewardship and interactive community building activities throughout Red...