Sears Fire burning north of Cave Creek grows to over 14,000 acres with 45% containment

The Sears Fire had burned 14,476acres since it first sparked on Friday afternoon. It has been 45% contained. 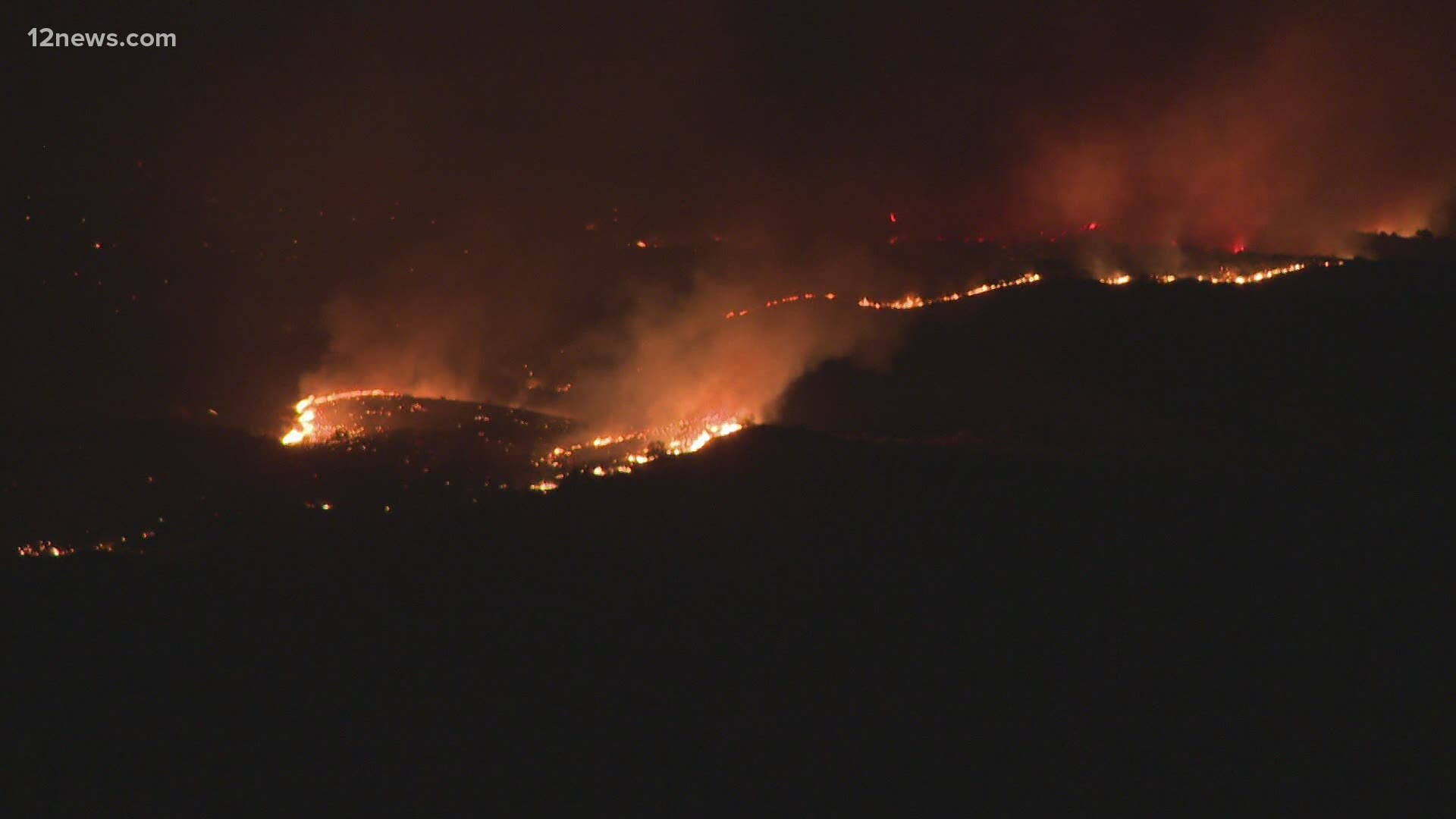 PHOENIX — Editor's note: The above video is from a Monday evening newscast.

A wildfire burning just northeast of Cave Creek in the Tonto National Forest has rapidly grown to more than 14,000 acres with 45% containment as of Wednesday.

The Sears Fire had burned 14,476 acres since it first sparked on Friday afternoon.

Three homes, five outbuildings and several cars have been destroyed. Some residents who evacuated were leaving summer homes.

Firefighters are continuing to patrol and monitor the blaze. They said growth was slow overnight Tuesday.

Tonto National Forest officials said suppression efforts were focused on the northeast perimeter of the fire, south of Humboldt Mountain where the fire is most active.

Some powerlines in the area have been impacted by smoke, and others have been de-energized.

The fire first sparked near Forest Service Road 24 and the Sears Kay Ranch around 2:45 p.m. Friday.

It is burning in grass and brush. The cause of the fire is under investigation.

People are asked to avoid the area to allow suppression resources to travel safely to and throughout the incident.

Residents who are concerned should contact their local county sheriff’s office to sign up for alerts and emergency evacuation notifications.

You can find more information on the Sears Fire here.

Overnight, there was minimal movement of the Sears Fire as firefighters continued to mop up and patrol fire lines around the perimeter. Currently, the fire is 14,241 acres with 15 percent containment. #TontoNF #SearsFire pic.twitter.com/4sLgf1dmnH

Firefighters were able to prevent the fire from damaging Camp Creek rec residences, but firefighters continue to patrol/monitor the area. Suppression ops are focused on the northeast perimeter of the fire, south of Humboldt Mountain where the fire is active. #TontoNF #SearsFire pic.twitter.com/XxYbqQQDAp 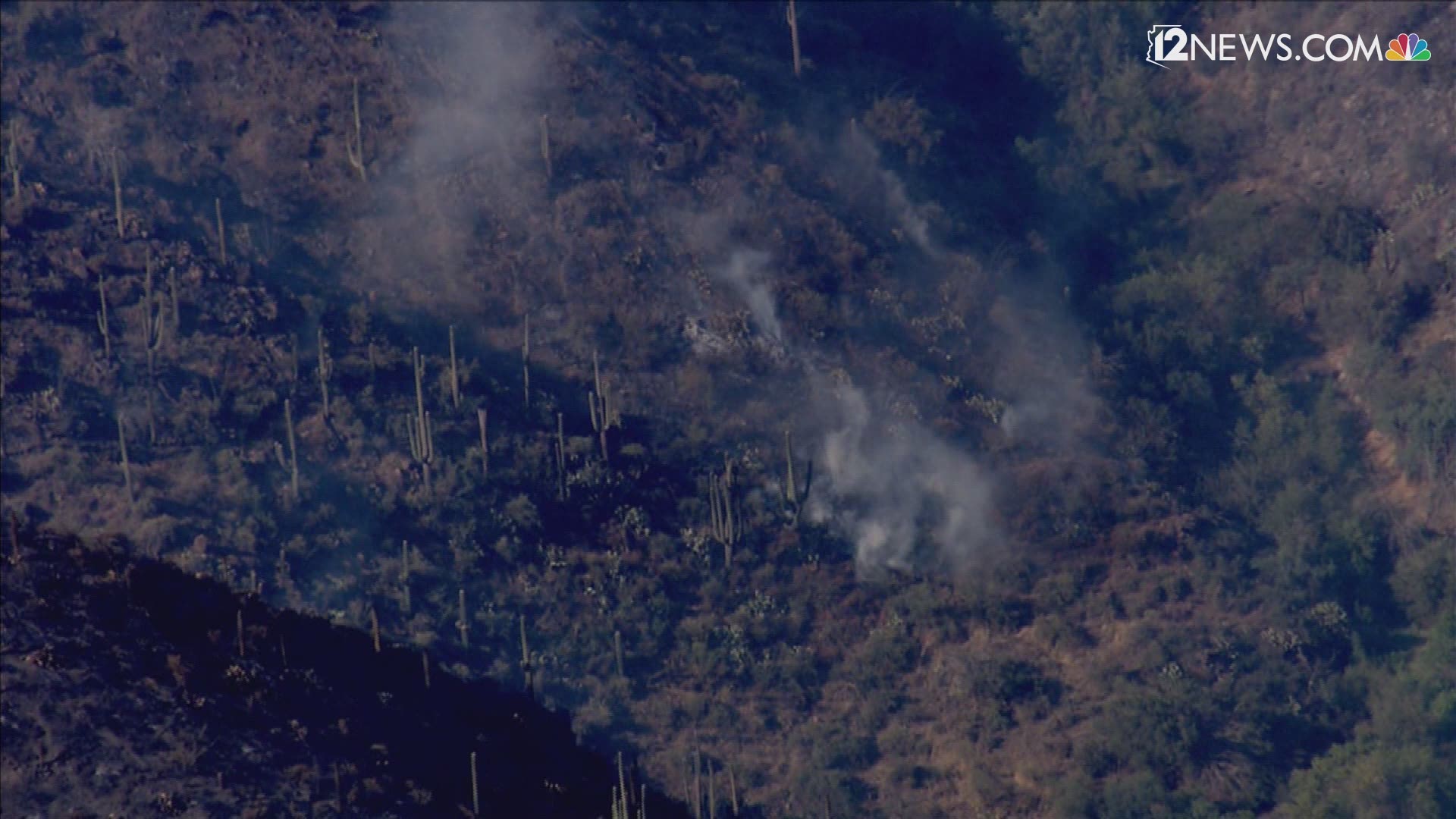