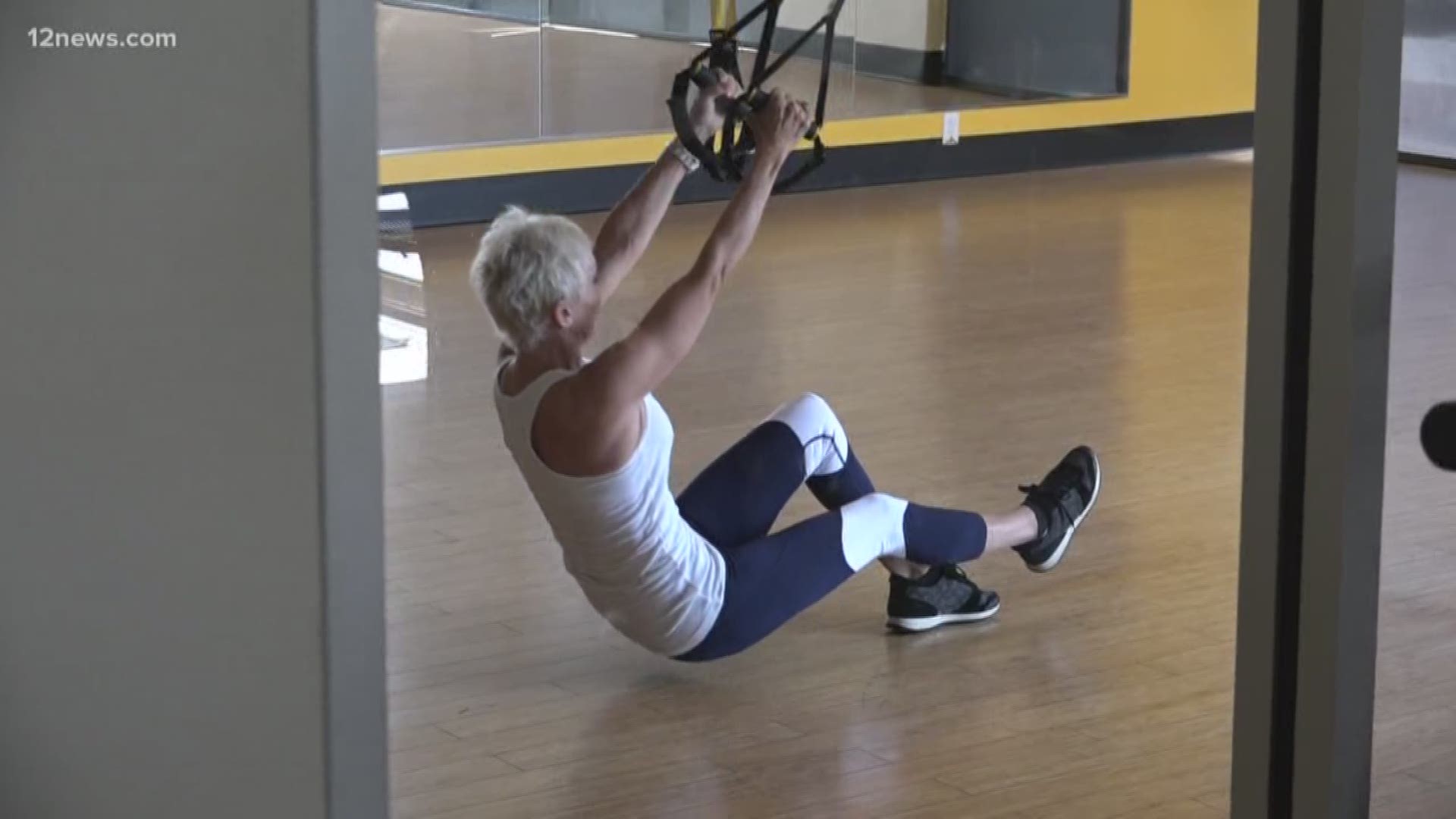 SCOTTSDALE, Ariz. - A small gym on Scottsdale Road near Shea Boulevard called Off The Grid is working toward not only keeping you healthy, but also the Earth, by trying to reduce the carbon footprint.

“We are the first green gym in the state of Arizona," said Eric Guilleminault, owner of Off The Grid Fitness.

For example, they use Woodway Curve treadmill's.

“These treadmill’s are like the hamster wheel, so as you go forward it starts working and it’s not using any electricity," said Guilleminault.

As for power producing equipment, they have a row of green elliptical machines.

While you are exercising, the energy goes into a box and is sent to a solar convertor box which is then converted into electricity for the gym. The watts you are producing are displayed for you.

The gym also has at least a dozen power-producing spin bikes.

“There’s a rollerblade wheel causing friction on the flywheel and that is creating electricity that goes to an inverter, which is plugged in directly to our facility," said Guilleminault.

They are focused not only on the health of their clients, but also the world they live in.

“Why not, as a gym, get our Earth healthier by having greener equipment," said Guilleminault.

It’s a small benefit, but could start a movement towards a greater benefit.

“If all gyms had this sort of equipment, we could make a real difference. Every little bit counts and we are just trying to do our part," said Guilleminault.

This small neighborhood gym offers 24 hour access and the ability to use your own independent trainer in the facility. Sign up for a membership at www.offthegridfitness.com.

“You are giving back, so it makes you feel good," said Guilleminault.