Sandra Day O’Connor is one of the few U.S. Supreme Court Justices to serve in all three branches of government. 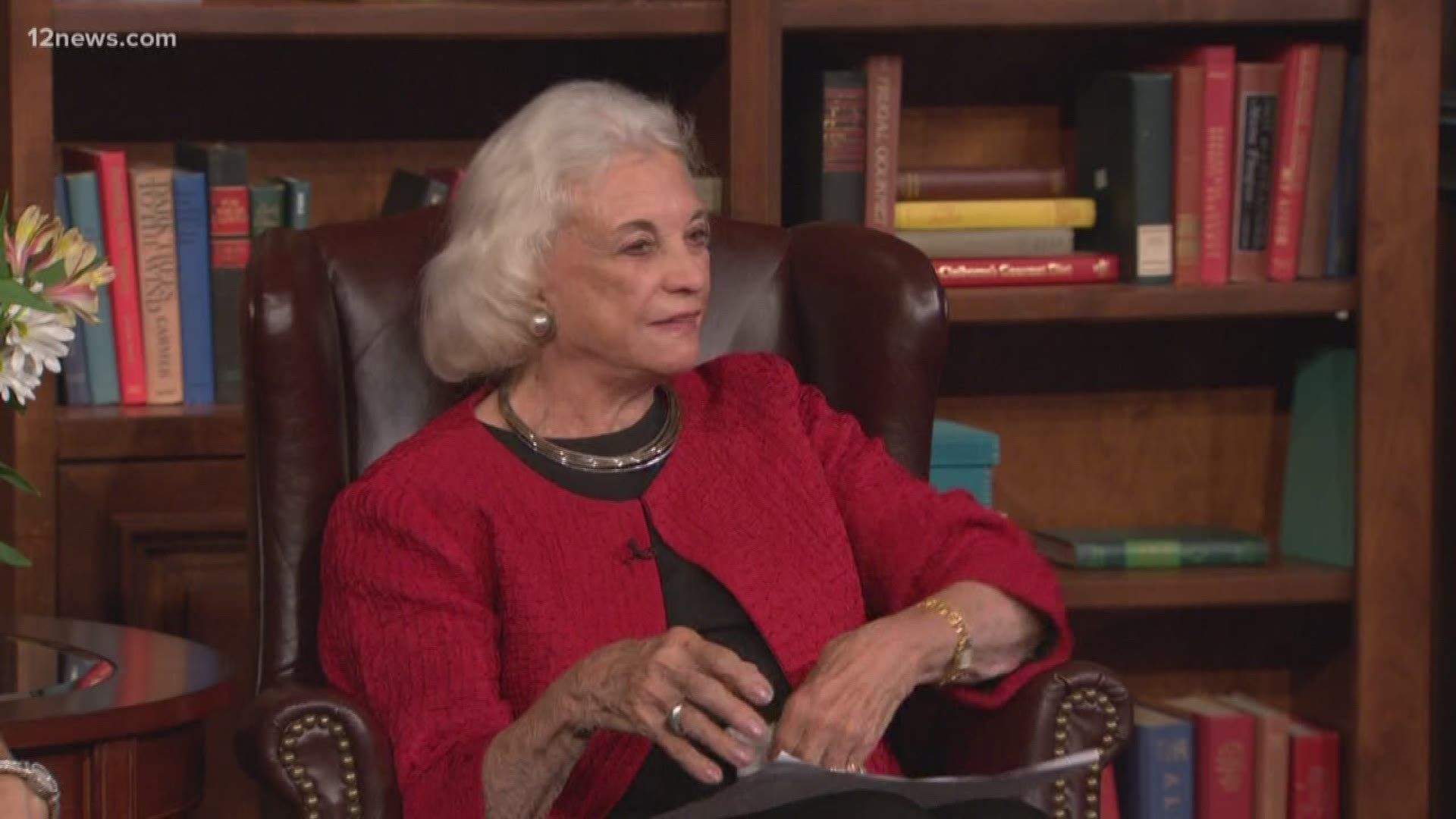 PHOENIX, Arizona — Editors Note: The above video is from a 2018 interview with Sandra Day O'Connor's son after it was revealed the retired Supreme Court Justice has Alzheimer's disease.

The Sandra Day O’Connor Institute launched a comprehensive digital library to mark the milestone birthday. The archive showcases Justice O’Connor’s historic accomplishments across her decades of work in public service.

Before joining the Supreme Court, Justice O’Connor made history serving in the Arizona State Senate as the first female Majority Leader from 1969 to 1974. The digital library includes bills sponsored by O’Connor, as well as some of her speeches.

O’Connor was later elected a Superior Court judge in Maricopa County in 1975. She was then appointed to the Arizona Court of Appeals in Phoenix. In July 1981, President Ronald Reagan nominated O’Connor to the U.S. Supreme Court. O’Connor was confirmed unanimously by the Senate and was sworn in as the first female justice on September 25, 1981.

1 / 26
ASSOCIATED PRESS
Sandra Day O'Connor waves as she arrives at the U.S. Capitol in Washington in Sept. 1981, shortly after her nomination to the Supreme Court is confirmed by the Senate. Walking behind O'Connor are, from left, Sen. Barry Goldwater, R-Ariz., Attorney General William French Smith, Sen. Strom Thurmond, R-S.C., who chairs the Senate Judiciary Committee, and Sen. Dennis DeConcini, D-Ariz. (AP Photo/Scott Applewhite)

“From her service as the first female Senate Majority Leader in the country to her 25 years on the U.S. Supreme Court – Sandra Day O’Connor has given us the example for how to serve with civility, character, and compassion,” said Governor Ducey in 2019. “A role model, trailblazer and Arizonan through and through, she has been a tireless advocate for justice, while inspiring countless generations around the world.”

Justice O’Connor retired from the Supreme Court in 2006. She wrote several books, including a memoir titled Lazy B, which focuses on her family’s ranch near Duncan, Arizona.

In a letter in October 2018, O’Connor announced she had been diagnosed with early-stage dementia and would limit her public engagements.

Even so, the Sandra Day O’Connor Institute actively participates in the community. The non-profit hosts an annual History Dinner to honor historic men and women that helped define our nation. This year’s guest is President Dwight Eisenhower’s grandson, David Eisenhower. The dinner will take place at the Phoenician Resort in Scottsdale on November 13, 2020. For ticket information, click here.