Sammy 'The Bull' DID NOT get out early

Karen Gravano said her father’s recent release from federal prison hasn’t been the greatest moment for their family. 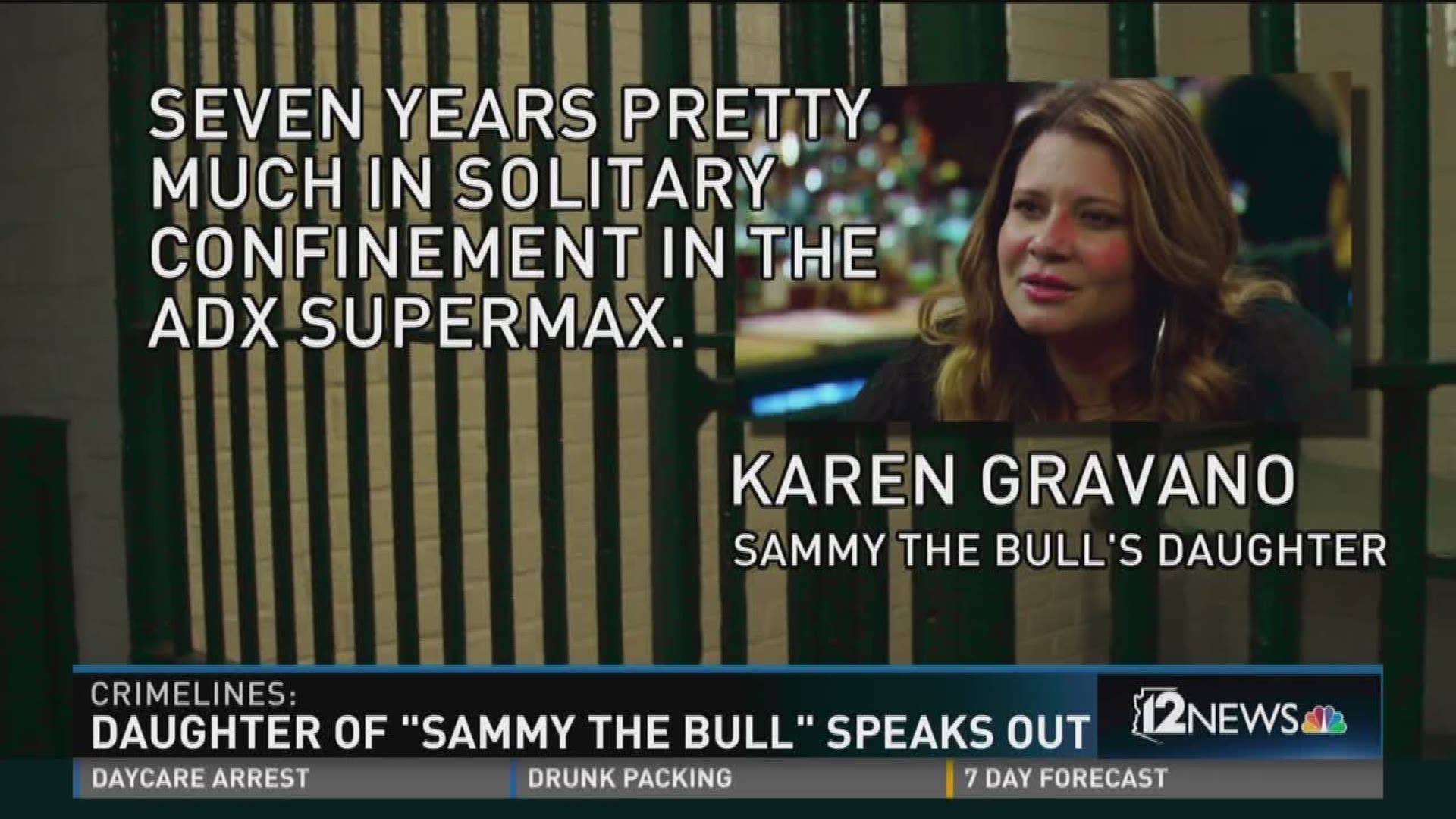 She said she was upset to see countless media outlets report “The Bull” was released "early."

Related: The life and crimes of Sammy "The Bull" Gravano

A judge sentenced Sammy to 20 years in federal prison. He spent 17.5 years behind bars. On the surface, it may look like an early release, but it's not that simple.

Part of that time was spent “pretty much in solitary confinement in the ADX Supermax,” said Karen Gravano, referring to the federal prison in Florence, Ariz.

"It wasn't an early release,” she said. “It was pretty much all of his time right up until the door,”

Senior lecturer at Arizona State University’s School of Criminology and Criminal Justice—and a 15-year criminal defense attorney—Andrew Clemency, said the average for federal convicts is to serve 85 percent of their sentence.

The rest is done under parole, an alternative to releasing inmates when their prison time is over with no restrictions as they transition back into society.

In this case, it doesn’t matter. Sammy will be on federal parole for life.

Though he didn’t get out early, it wasn’t for a lack of effort. His family petitioned for an early release back in 2015.

"We weren't granted that,” Karen said.

Either way, Sammy the Bull is out of prison now. His next steps, including if he’ll live in Arizona again, is not clear.

"He's in great spirits,” said Gravano. “He paid the price, and we're ready to move on the next chapter."