Arizona one of three states without a statewide texting while driving ban. 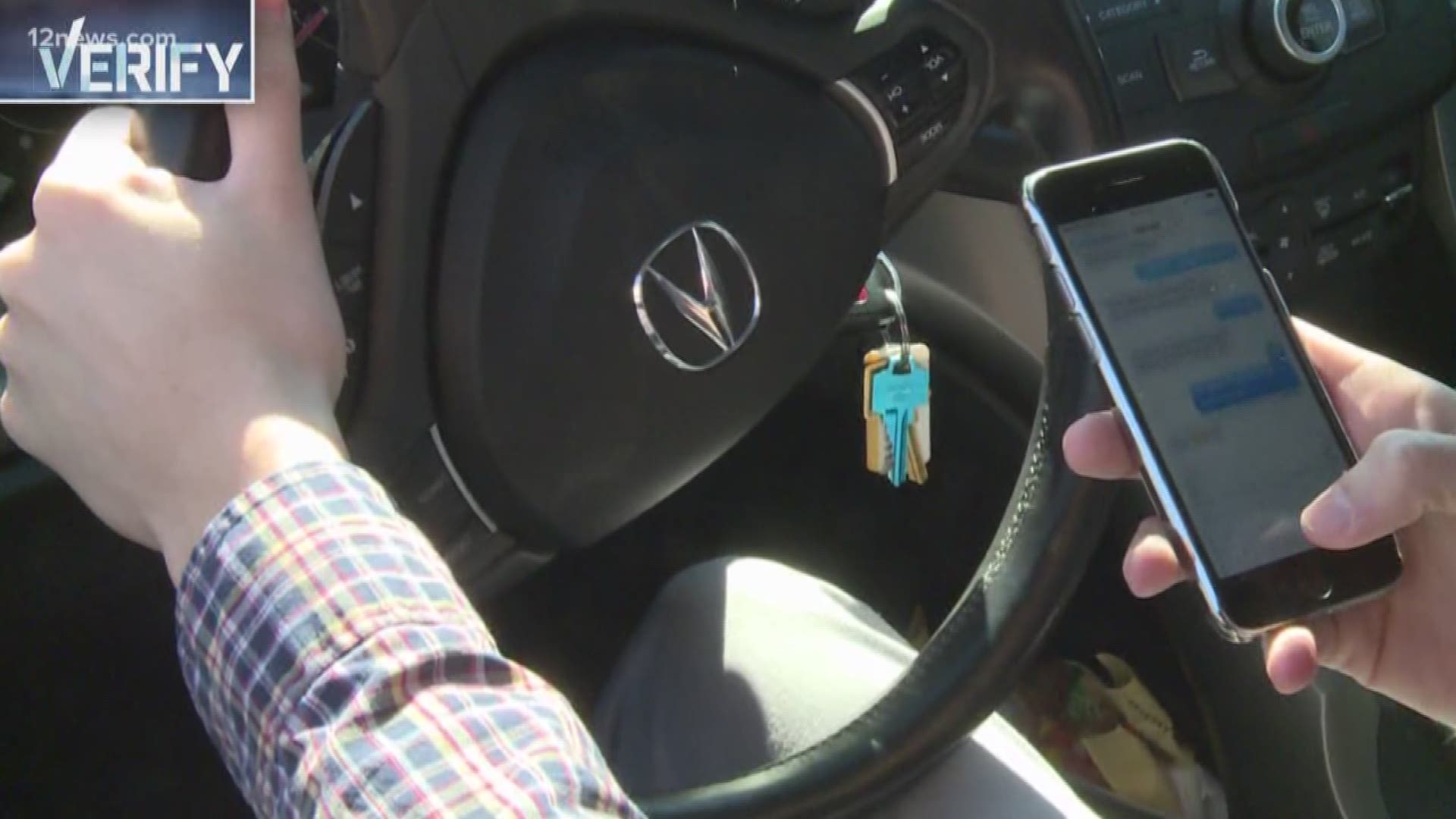 A Salt River police officer tragically lost his life during a traffic stop when a car hit him. According to reports, the man who crashed into him was texting and driving.

The same night, the City of Glendale passed a new ordinance which will ban the use of handheld devices while driving. The new rules will go into effect in February.

Arizona is one of three states nationwide which does not have a statewide distracted driving law. Instead, the process goes city by city.

In the Valley, Surprise, El Mirage, Tempe, Fountain Hills, and the Salt River Pima Indian community have laws which deal in part with texting while driving.

Sen. Farley has pushed for a statewide distracted driving law for more than a decade. Yet the bill has never made it through the state legislature.

“We cannot allow this to happen to our first responders in the state, and it’s time for our leaders to make something happen," he said.

Governor Doug Ducey said he would have signed a distracted driving bill if it reached his desk last year.

"There was talk of a bill last year, of distracted driving. I think if that had gotten to my desk I would have signed it. I want to make sure we prevent and avoid this tragedy in the future," Ducey said.

Steve Farley will not be returning to the state legislature this year. He said although he will not be there to push the legislation, he is optimistic it will pass.