An Arizona woman has apparently befriended a roadrunner named Mr. Meepmeep and the internet can't get enough of it. 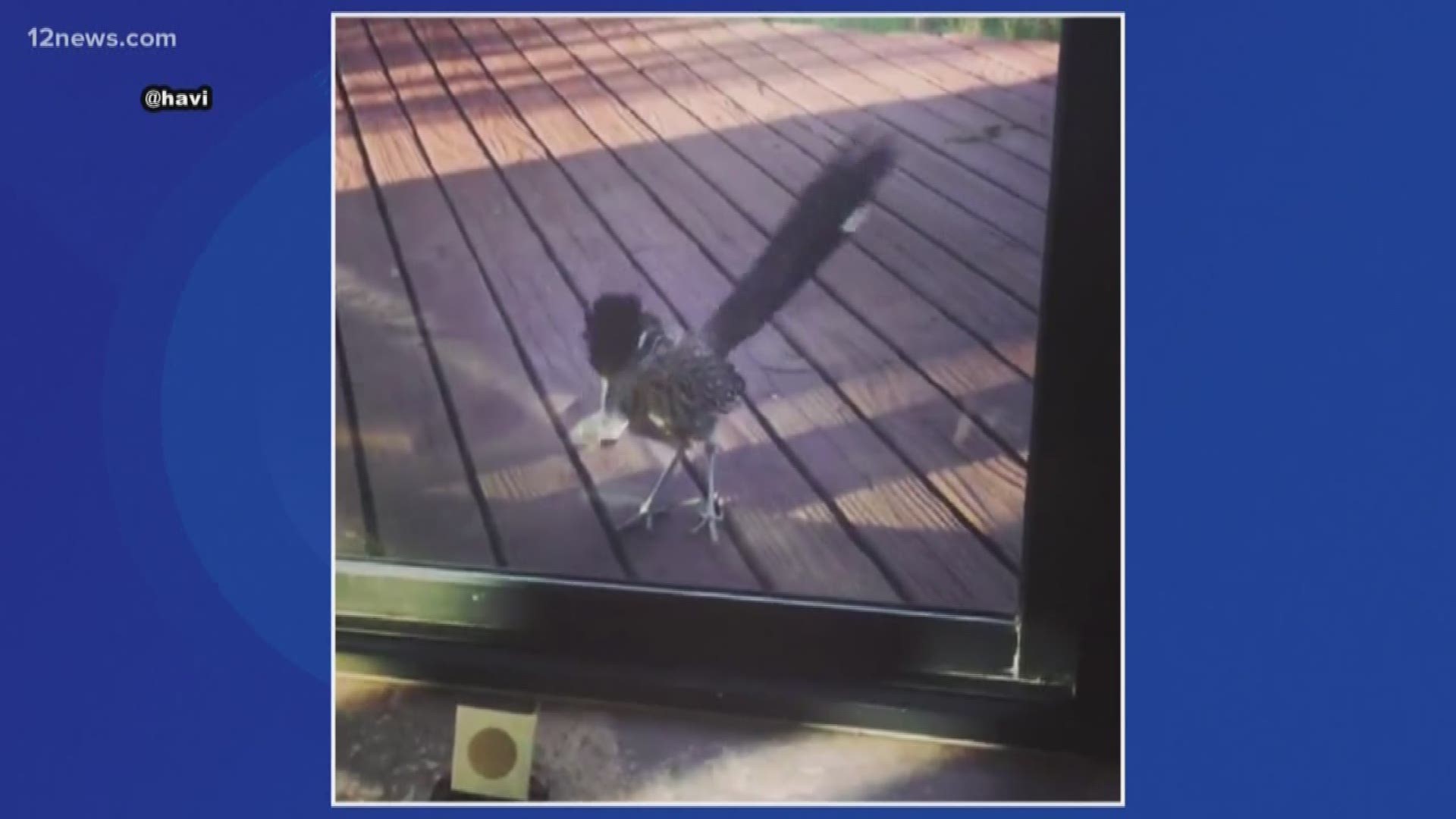 An Arizona woman has apparently come across what just might be the most romantic roadrunner in the desert.

In a series of tweets, Havi Brooks hilariously introduced the Internet to her not-so-secret admirer: A roadrunner. According to Brooks, this roadrunner, she named Mr. Meepmeep, an apparent ode to the cartoon, visits the porch of her house near Tucson quite often. She calls him her roadrunner porch buddy.

“[He] used to run away if I wanted a pic but now when he catches a lizard he KNOCKS ON MY DOOR and then parades his catch around and poses, it’s amazing,” Brooks wrote in a tweet that has been liked and retweeted thousands of times.

But it didn’t stop there, Brooks Twitter thread lasted days with photos of the roadrunner bringing his catch-of-the-day, knocking on her door and doing his dance. She tweeted a video of his “most chill and mundane version of the ‘I brought you a present’ dance.”

“He’s now taken to jumping in the air and flinging himself at my window until it rattles and I come downstairs, then he does a dance,” she tweeted.

She even wondered if she'd ever find a guy that would ever do something as nice as this. "Team roadrunner all the way," she tweeted.

At one point Brooks said she came home from buying groceries to find him hanging out near her porch. But when she acknowledged him, he scurried off into the shrubbery, she said.

“I go inside and start unloading groceries and less than a minute later there’s a knock at the window, and there he is with a lizard in his mouth. He went and RETRIEVED A LIZARD to show me,” she tweeted.

Brooks thread received plenty of attention with some apparently even finding out for the first time that roadrunners are real-life birds.

“I am finding it almost unbearably charming how many people did not know road runners are real life bird, and imagining the Warner Bros meeting that would have had to happen if they weren’t,” she tweeted.

Brooks said she spoke to a wildlife biologist friend who “goes to actual bird conventions,” who thought it was “courting behavior.” One Twitter user pointed out he might be courting his reflection, which Brooks acknowledged Tuesday.

According to Amy Burnett with Arizona Game & Fish, that’s exactly what he’s doing.

“He is showing that he is a good provider, and trying to impress his reflection,” Burnett said in an email, “by ‘bowing and showing off his latest hunting success.”

Burnett said he thinks his reflection is a potential mate because both males and females look alike in this species.

His behavior is “not unlike a human taking a potential mate to a fancy restaurant and wining and dining,” Burnett said.

Brooks said she was “smitten” by all the charming bird stories and stories of friendship being shared as a result of Mr. Meepmeep.

“May we all have loving and mutually chill relationships with wildlife,” she tweeted.