The fire was caused by lightning Tuesday night, a PIO from the Tonto National Forest said. 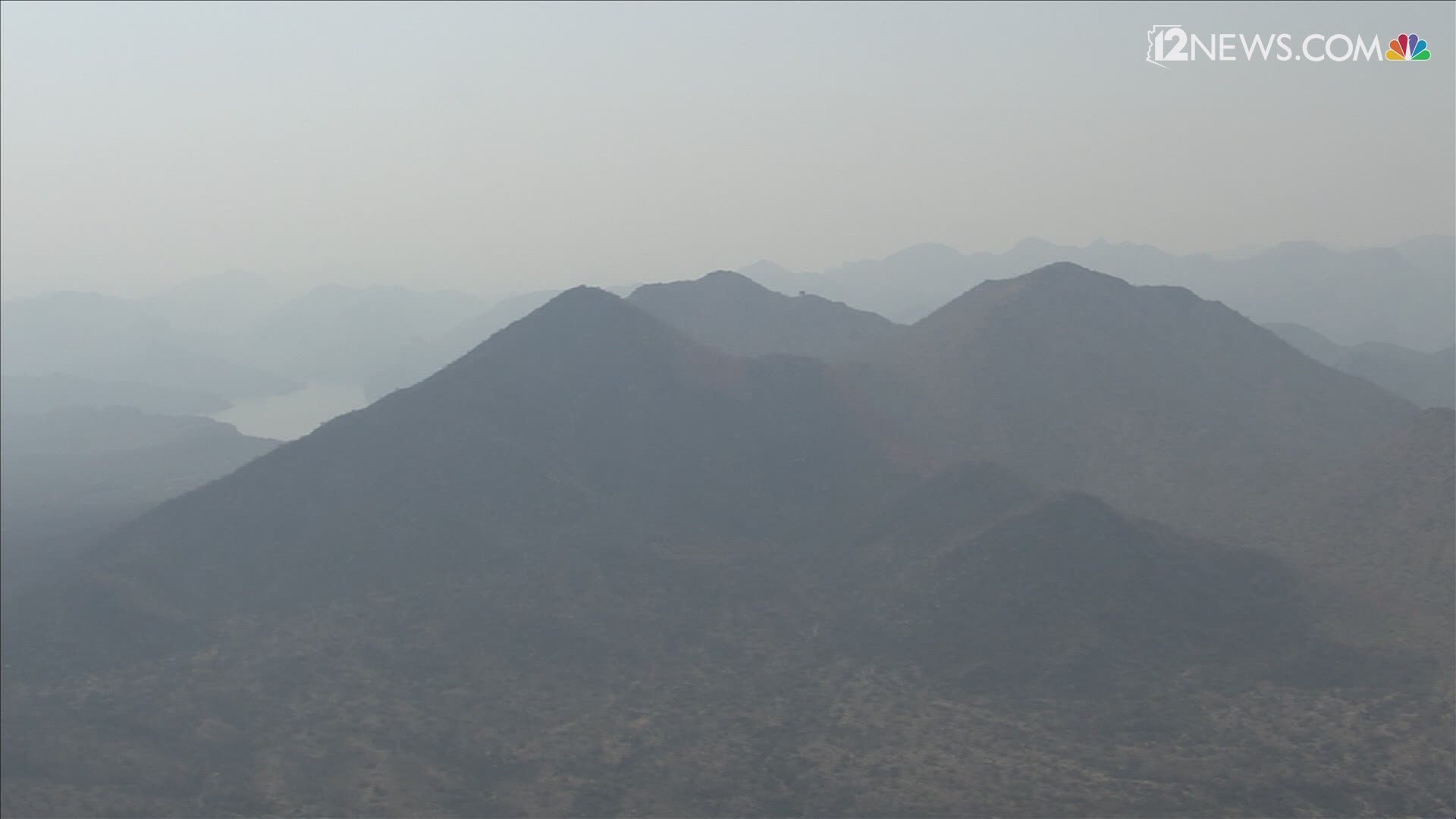 The fire, named the Rolls Fire, is currently 0% contained and was ignited by lightning Tuesday night near the Butcher Jones Recreation Area, the PIO said.

Mesa fire crews are on the scene attempting to bring the fire under containment.

It is currently burning through grass and brush. It was first detected around 8 p.m. Tuesday.

Bush Highway has been closed at Saguaro Lake and State Route 87 has been restricted to one lane from the Bush Highway exit north to Four Peaks Road, officials said.

Drivers were asked to drive with caution through the area. No other recreation site closures are associated with the Rolls Fire and no evacuations are in effect.

But the Rolls Fire was not the only lightning-caused wildfire burning in the Tonto National Forest as of Wednesday.

The Salt Fire was burning 2,726 acres as of Wednesday afternoon.

It was burning about two miles southeast of the Highway 188/288 junction.

Strong winds from a passing thunderstorm pushed the fire west, forcing the closure of State Route 188 from milemark 225 to milemark 231 and a portion of State Route 288 from the SR 188 junction to Forest Road 465.

There are no evacuations linked to the Salt Fire as of Wednesday afternoon.

The Griffin Fire was another lightning-caused wildfire burning in the Tonto National Forest. It burned about 840 acres since sparking around 6 p.m. Monday but InciWeb said it was no longer active.

Firefighters are working to suppress these fires as quickly and safely as possible.

You can find more information here.