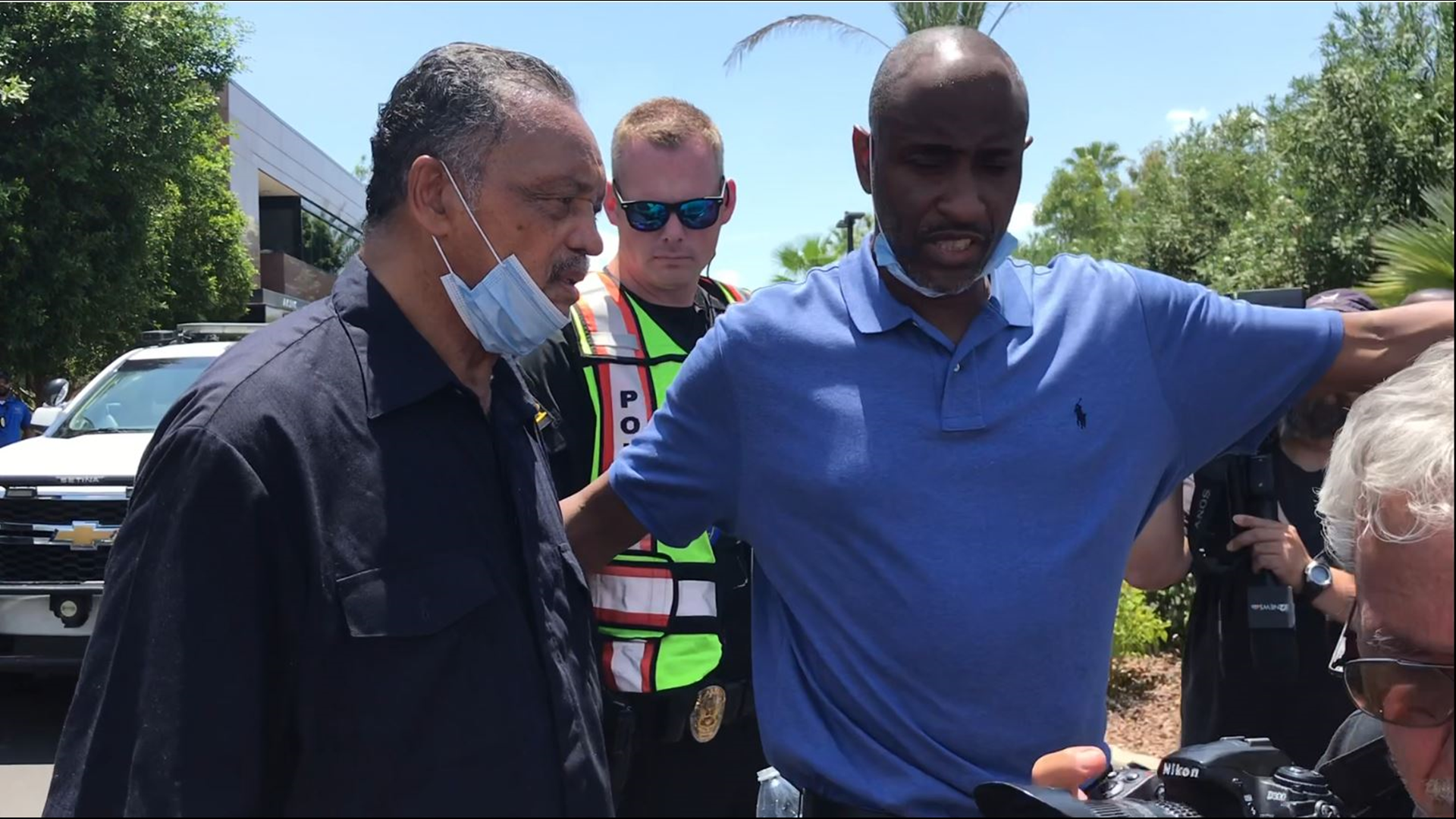 Now that pressure is coming from one of the country's leading civil rights figures,

Both men were cited by Phoenix police for misdemeanor criminal trespassing and released at Sinema's office complex.

Jackson, a former presidential candidate, and Barber, a leader of the Poor People's Campaign, led hundreds in a march demanding Sinema drop her support for the filibuster in order to pass voting rights legislation. Similar events were held in cities across the country.

It was the second protest at Sinema's office in the past month. The first one, in June, resulted in 10 arrests.

The 79-year-old Jackson was diagnosed four years ago with Parkinson's disease. He led the marchers for a stretch on a muggy, 96-degree day.

Jackson told reporters afterward that Parkinson's had affected his speech and balance.

That's Rev. Jackson's 'body man' Bruce helping him out of SUV. The 79-year-old Jackson was diagnosed with Parkinson's disease 4 years ago. He led marchers in muggy, 96-degree temps. https://t.co/mhMtTWYijQ

A Sinema spokesman said eliminating the filibuster to beef up voting rights would open the door to harsh election laws when Democrats are out of power:

"Kyrsten has asked those who want to eliminate the legislative filibuster to pass the For the People Act (voting-rights legislation she supports and has co-sponsored): Would it be good for our country if we did, only to see that legislation rescinded a few years from now and replaced by a nationwide voter-ID law or restrictions on voting by mail in federal elections, over the objections of the Senate minority? That is one example of how the filibuster helps protect the country from wild swings between opposing policy poles.”

Phoenix police said the sit-in participants were arrested for trespassing on private property. The property manager and police officers told the group they would be arrested if they didn't leave the property, according to a police news release.

The office complex is home to several doctors' offices. Sinema's office was locked.