12 News spoke with attorney Monica Lindstrom about your legal obligation to report a rape if a co-worker tells you they've been assaulted. 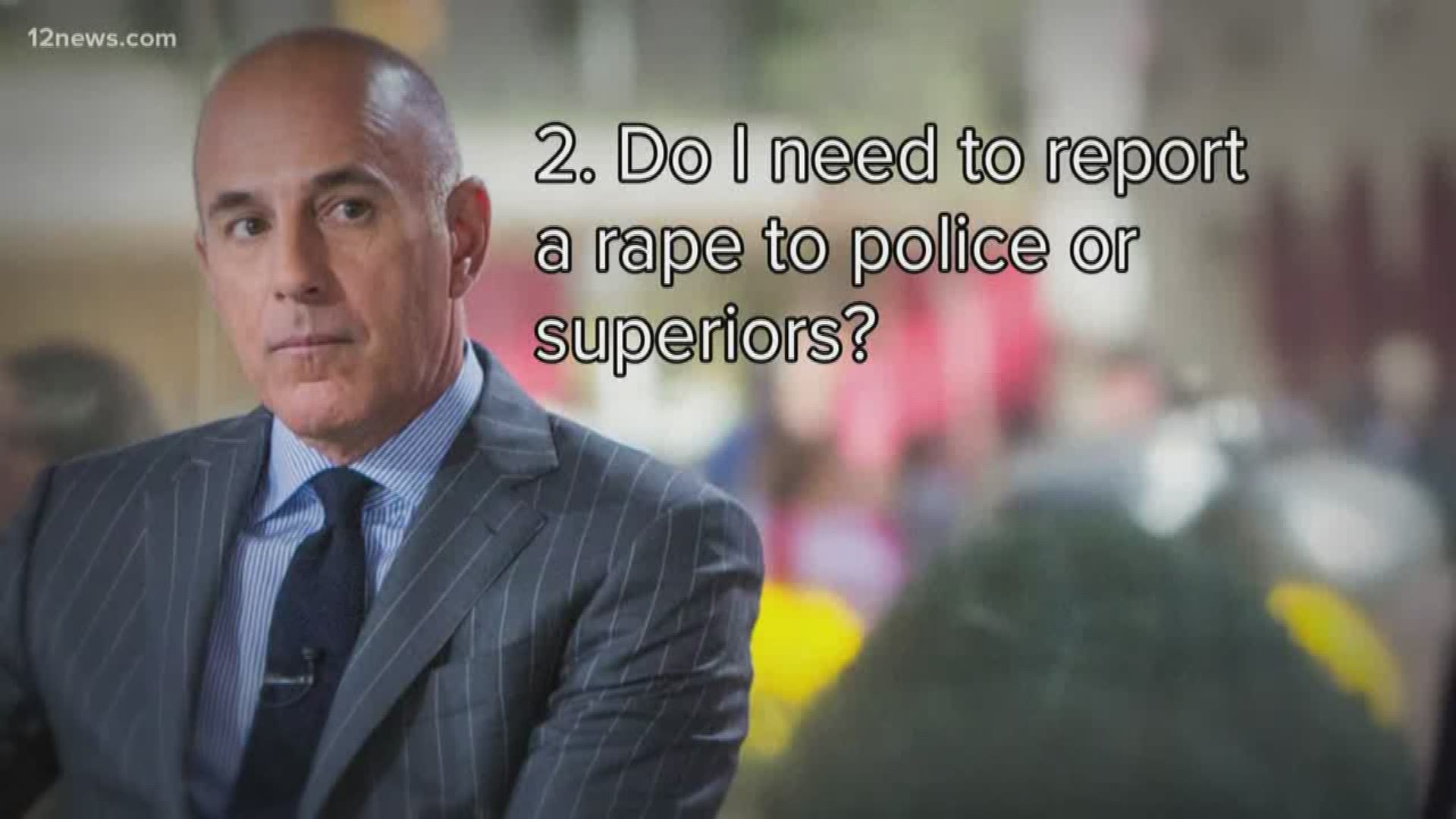 Matt Lauer in the spotlight again–nearly two years after he was fired as the co-host of NBC’s TODAY Show.

He’s now facing and responding to allegations that he sexually assaulted a female employee at NBC.

That employee, Brooke Nevils, details the alleged assault she said happened at the Sochi Olympics in Ronan Farrow’s new book "Catch and Kill."

Nevils described how Lauer sexually assaulted her during a night of drinking while they were both covering the Sochi Olympics in 2014.

We talked to prominent Valley attorney Monica Lindstrom about these questions:

Question 1. Could Matt Lauer face criminal charges in the U.S. even though the alleged rape happened overseas?

“So if a crime was committed by a person overseas, it would be very difficult for the U.S. to get jurisdiction in criminal charges. So I find it unlikely that Matt Lauer would face any criminal charges in the U.S. for an alleged assault that happened in another country," said Lindstrom.

Question 2.  Do I have to report an alleged rape to the police or my superiors at work if one of my co-workers confides in me?

“In 99.9 percent of the cases if a co-worker tells you about an alleged assault or rape or something of that nature you don’t have a legal responsibility to disclose that to your employer or disclose that to anyone else. Unless your workplace mandates that you report that to your superior,” said Lindstrom.

Question 3. Reports say that NBC has paid Brook Nevils a 7-figure payout, but could they face any further penalties related to this case?

"Did that company know that Matt Lauer had the tendency to do this or is there some kind of history there? And did they give him the opportunity to continue in this way?" said Lindstrom.

Matt Lauer has denied he raped Brooke Nevils, although he has admitted it was an extramarital affair.

Matt Lauer did release an open letter stating these allegations are false.