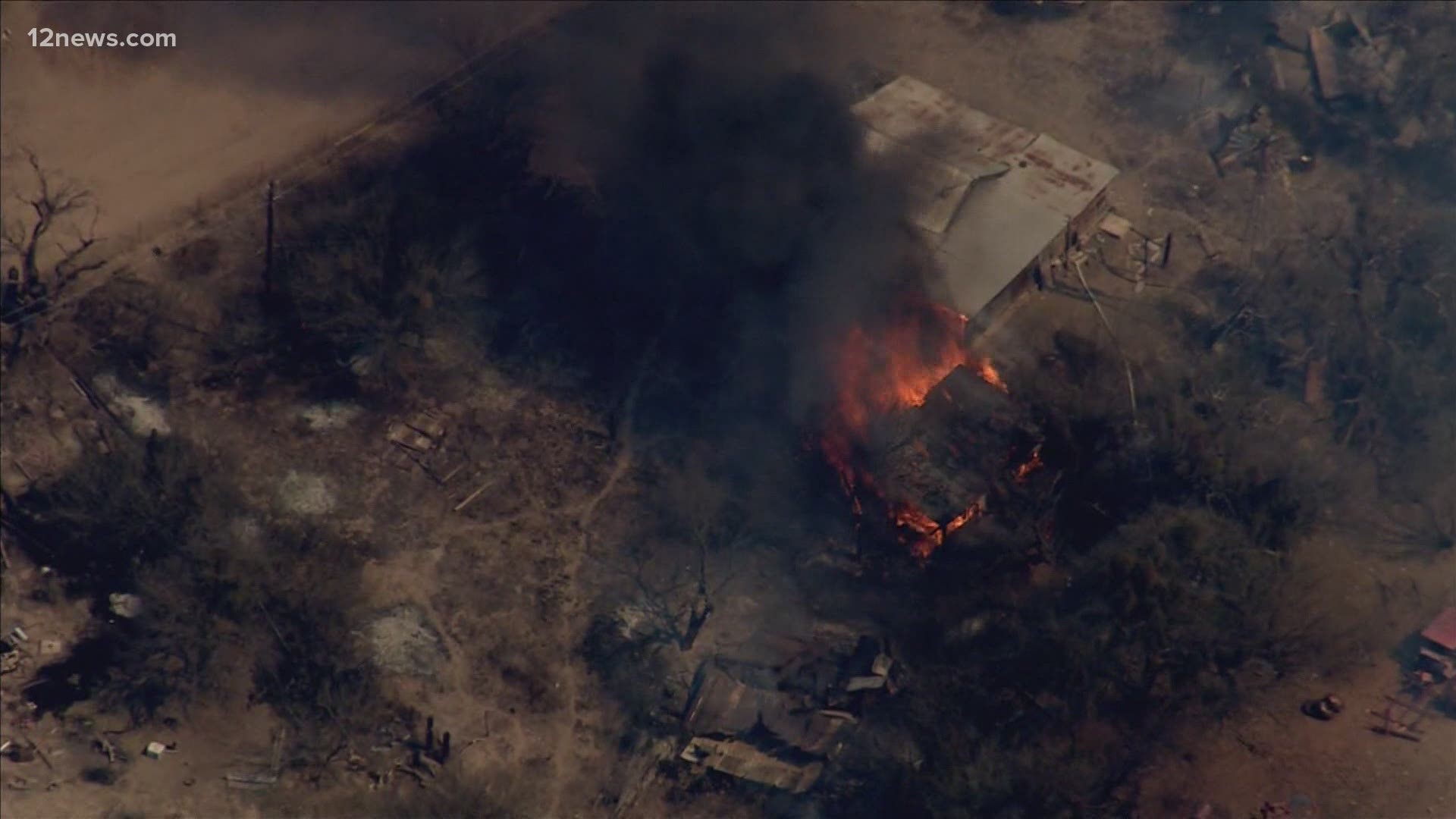 DUDLEYVILLE, Ariz. — Residents in Dudleyville, located east of Pinal County, are now allowed to return home as the city lifted evacuation orders due to the Margo Fire.

The fire burned approximately 1,149 acres with crews gaining 100% containment on the blaze on Monday.

Firefighters will still be in the area to monitor any hot spots.

Authorities say about 243 people have been affected by the fire.

The evacuation order was lifted Saturday afternoon, according to authorities.

The #MargoFire in #Dudleyville is 100% contained at 1,148 acres. It has been placed in monitor status & been turned back over to the local fire district. All residents were allowed to return home as of Saturday. #AZFire #AZForestry #PinalCounty ⁦⁦@PinalCountyOEM⁩ pic.twitter.com/oPbSvpxDdl

Forest officials say that the fire has burned 1,200 acres and is now 50% contained. Seventy-five fire personnel are assigned to the continued fight.

Crews working the #MargoFire have it 50% contained. It was mapped at 1,200 acres w/majority of those acres due to firing ops to secure up south side of fire. Fire still S. of #Dudleyville & GO status remains for residents. 75 personnel assigned. #AZFire #AZForestry #PinalCounty pic.twitter.com/CToNtRjmxi

Forest officials say there have been no updates in acreage or containment.

No change in acreage or containment on #MargoFire overnight; 500 acres & 20% contained. Today, crews cont. to secure open line on S. side of fire. GO remains in place for #Dudleyville as utility cos. must do damage assessments b4 turning utilites back on. #AZFire #AZForestry pic.twitter.com/XOM9mi61F8

State Route 77 is reopened. Crews have stopped forward progress on the fire.

Authorities say the Margo Fire is still 150 acres and is now 20% contained. A total of 12 structures have now been destroyed by the fire as air and ground fire personnel work to contain it.

The Arizona Department of Forestry and Fire Management said the fire is at an estimated 150 acres and moving to the south, burning actively. So far, two primary structures have been lost with 75 threatened.

The Pinal County Sheriff's Office says gas has been shut off for 178 homes in the Dudleyville area as the fire spreads.

Gas has been shut off for 178 homes in the Dudleyville area. No ETA for when it will be turned back on. pic.twitter.com/dH9UcsXrgY

The Arizona Department of Forestry and Fire Management said air and ground resources are responding the Margo Fire.

The fire has also closed State Route 77 northbound at milepost 128, according to the Arizona Department of Transportation.

Pinal County has a live map of the evacuation zone that can be viewed online.

We are aware of the #Margofire and are in the process of mobilizing resources. More info to follow. @redcrossaz https://t.co/ou27SW2sT7

Keep track of Arizona's wildfire season by subscribing to the 12 News YouTube channel: