The remains of the Skybalonyx skapter were found in the Petrified Forest National Park. 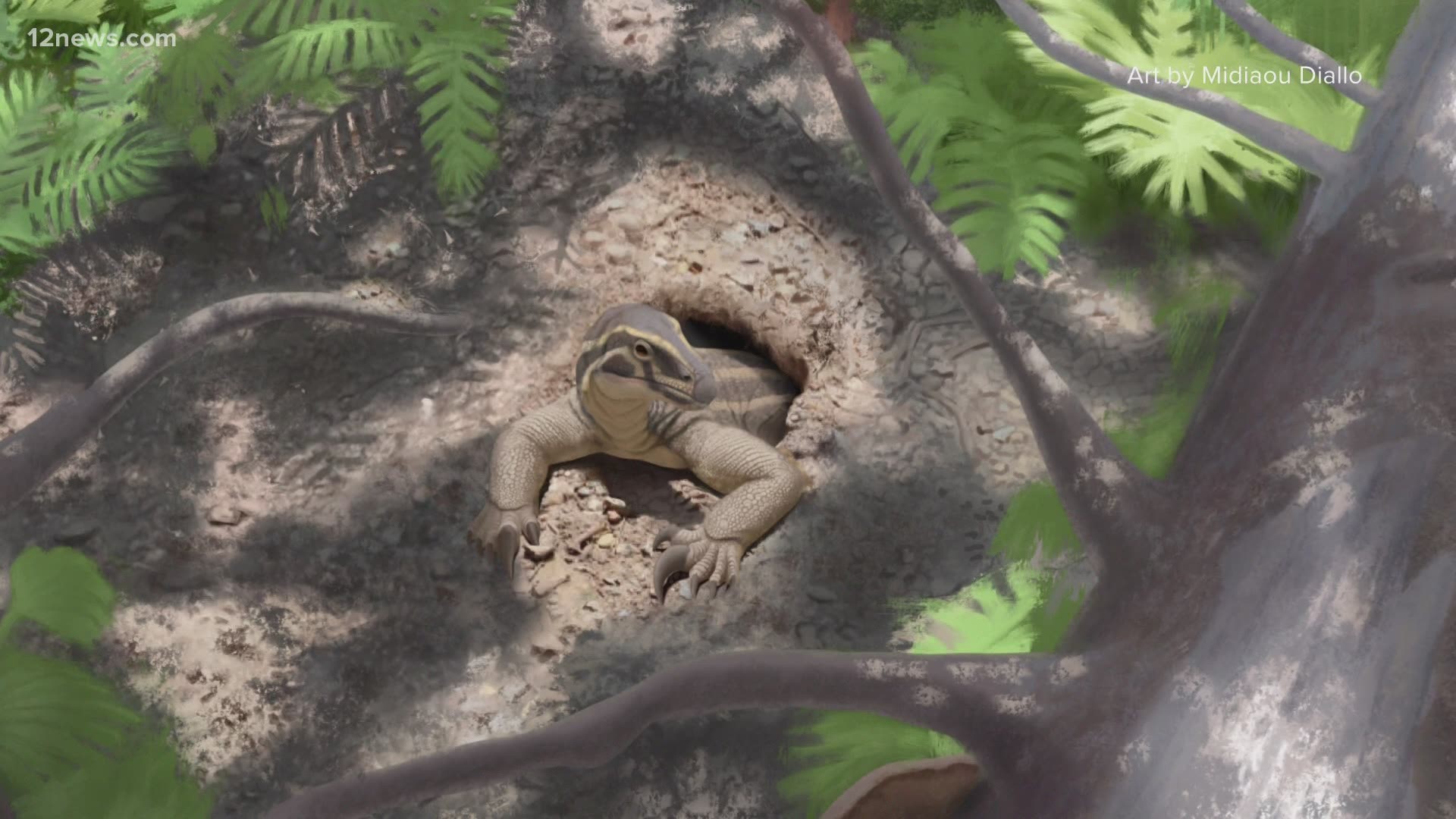 It’s called the Skybalonyx skapter. It lived around 220 million years ago.

“It’s a really strange and wonderful animal. It is in some ways lizard-like. In some ways, it’s just strange,” said Dr. Robert McCord with the Arizona Museum of Natural History.

The newly identified species’ fossil was discovered in the Petrified National Forest and it belongs to the group drepanosaurs.

“Many of the drepanosaurs fell out as tree living but it turns out this new one – Skybalonyx – it looks like it clusters out with the digging animals,” said McCord.

It lived in the Triassic Period. An era before mammals and after most of the dinosaurs went extinct.

This is the fourth species of drepanosaur discovered at the Petrified Forest National Park.