'It gets you pretty upset because you start to lost control': Valley real estate agent's listing used in scam 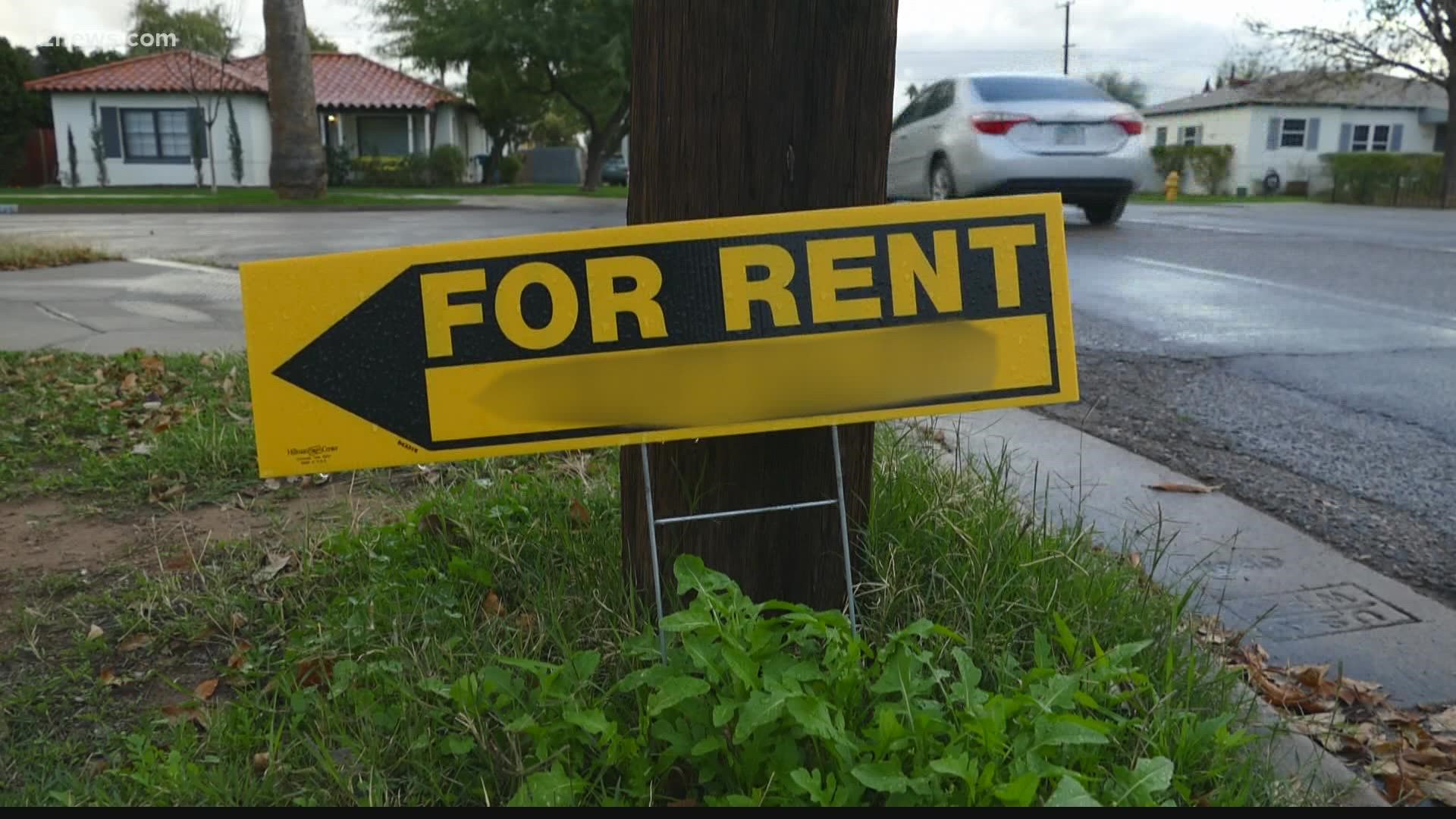 PHOENIX — A scam hoping to fool would-be renters out of thousands is using real "for-sale" houses and the power of the internet.

It is another example of criminals trying to take advantage of a competitive housing market.

Real estate agent Chris Vaupell learned his listing was being used for a scam when he started to receive calls during a family trip to California.

“Asking if my property was indeed for rent,” Vaupell said.

The calls caught Vaupell by surprise. The property was not for rent, instead, it was listed to sell at more than $500,000.

However, a page on a real estate listing website had the property available for rent, for less than $2,000.

“It gets you pretty upset because you start to lost control,” Vaupell said.

Vaupell's listing was copied, picture-for-picture, on the fake account. The address was the same as well, except "unit 1" was added at the end.

How does the scam work?

The scam is not new. Vaupell and Arizona Association of Realtors President Jan Leighton said the scam has been around for at least the last 10 years.

Realtors often enter listings into the Multiple Listing Service (MLS). From there real estate listing sites often grab the information for themselves. Scammers then look for vacant homes and then create false accounts.

The scammers will often claim to be out of town and tell victims to go check out the home for themselves.

"They do the vacant house because then you can send the guy over there to walk around it," Vaupell said. "There is no homeowner to tell you it's not legit."

Vaupell said the scammers will often then ask for a deposit before disappearing.

Vaupell saw the situation play out first hand. After seeing the fake page for his listing, he reached out pretending to be a potential renter.

The man, who went by "Kenneth" claimed he was a pastor who happened to be out of town in New York. He told Vaupell he could go by the house and quickly asked him to apply.

In texts provided to 12 News, "Kenneth" even provided a bank account and routing number to send a deposit to.

Even when discovered, fake accounts can stay active

Vaupell contacted the real estate listing site about the fake account a week before it was taken down.

What can be done?

For potential renters, if a deal sounds too good to be true, it likely is.

However, a way to double-check is to see if the person renting out the house actually owns it. If the potential new landlord does not ask to see a pay stub or vet you as a potential tenant, be cautious.