Quicksand is real? How to spot it, how to get out of it 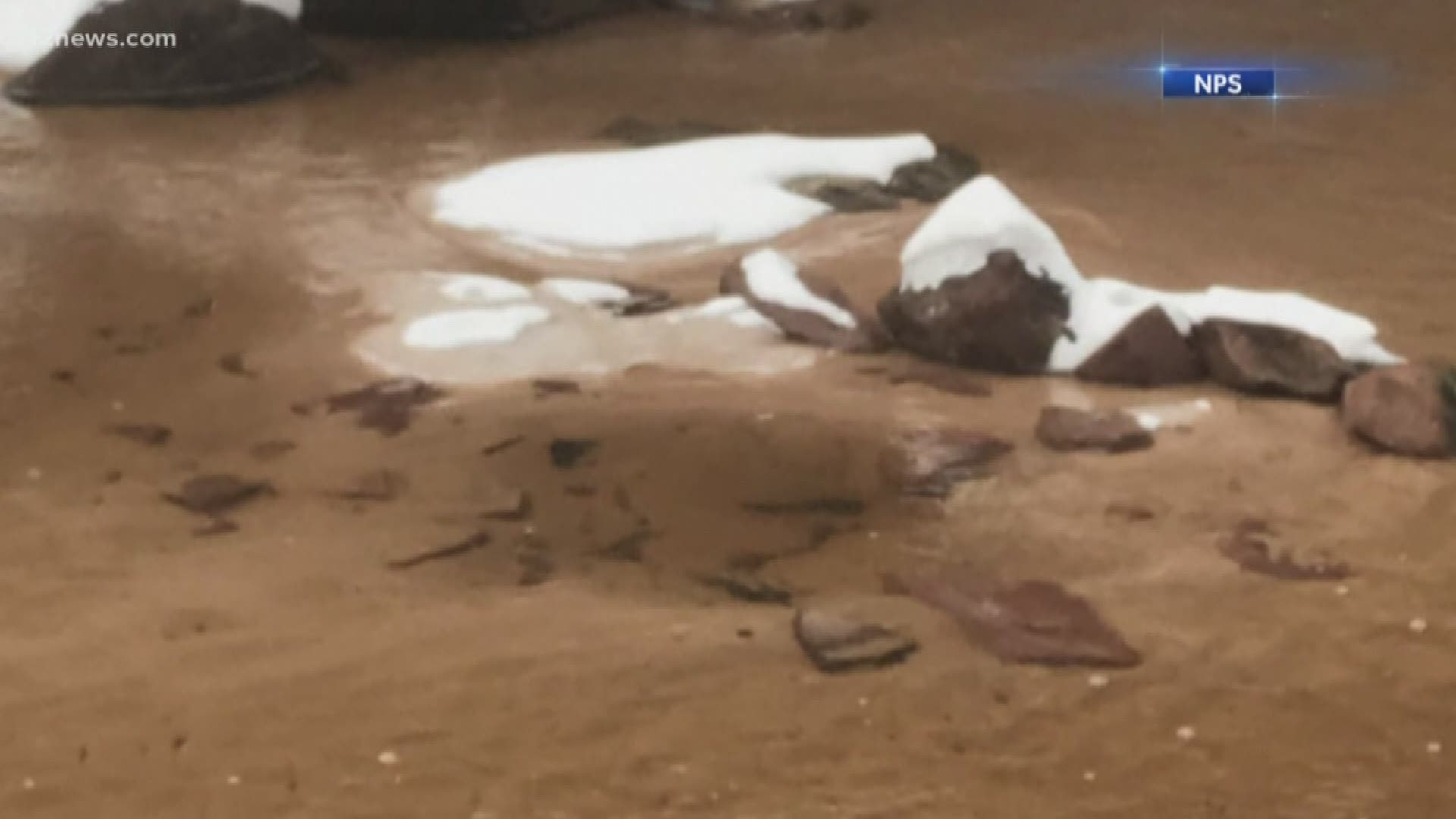 PHOENIX - It turns out that quicksand is actually quite common around the world and even exists in Arizona.

After reports Monday that a Mesa man was saved from quicksand at Zion National Park in Utah, our newsroom was buzzing about the fact that quicksand is actually real and not just something you saw in an "Indiana Jones" movie years ago. We in the news business are usually not experts in geological sciences.

Like I said earlier, it turns out quicksand is quite common. However, it seems interpretations involving quicksand, like in "Indiana Jones," "The Princess Bride," "Lawrence of Arabia," "Jumanji," "Scooby-Doo and the Ghoul School," are mildly-to-extremely exaggerated.

Quicksand can be found in places where there is grainy soil including riverbanks, marshes, lake shorelines, beaches and areas near underground springs.

While it's very hard to get out of, especially if you're moving aggressively, studies say humans can't actually go all the way under and drown because the human body is actually less dense than the quicksand. This indicates you could be sucked into around waist to chest level, but you shouldn't sink any further.

However, you can get stuck in this stuff and if you're alone, that's where you could be facing trouble.

So how do you get stuck? Well if you make it onto a patch of quicksand, it will actually become more liquid initially, which is what draws you in. After it initially liquefies, quicksand's viscosity (thickness or flow resistance) increases as you struggle. This is due to the formation of the sand sediment (high viscosity). Enough science? You can see this develop in this video, which was actually filmed in northern Arizona just north of Winslow.

You can see when he begins bouncing on the quicksand (3-minute mark), it liquefies and then gets thicker as he stands in it, which is why he says it's unsafe to remain still in the middle of it.

If you do find yourself in quicksand and sinking, it's important to not panic and not move around intensely. The key is to slowly wiggle your legs to try to get water to trickle down between your legs and the sand. Then, try to lay backward on your back because it's harder to sink if your weight is dispersed. Then, try to push yourself back using your arms to wiggle your lower half free until you can pull yourself out.

This video gives you the right kind of idea:

Note: this does not mean you'll be able to get out easily on your own, especially if you allow yourself to sink initially. If you get stuck, you'll likely need a trained professional rescue crew, like the Arizona man in Zion National Park. Do not go looking for quicksand and DEFINITELY do not purposely walk onto quicksand, especially if you are alone.

Quicksand has to be activated by movement and often just stepping on on a patch of quicksand will not just suck you in.

We hope you learned something new today. Most of us did.