'They did not deserve this': Queen Creek woman mourns family members killed in northern Mexico ambush

Leah Langford-Staddon says it was her family members who were traveling from Sonora to Douglas, Arizona, when it’s believed they were ambushed. 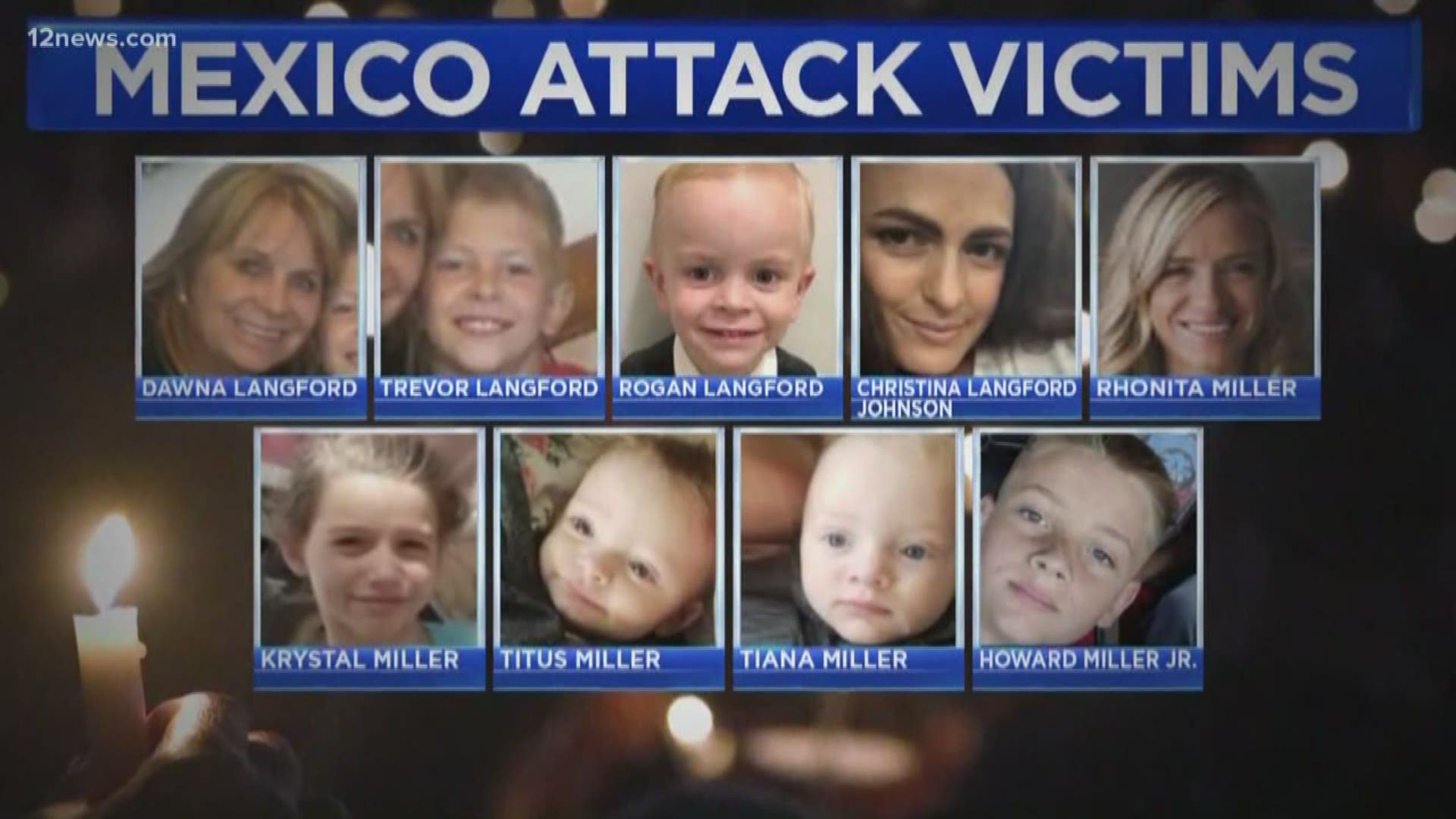 It’s a nightmare Leah Langford-Staddon wants to wake up from but she can’t.

Langford-Staddon, who lives in Queen Creek, says it was her family members who were traveling from Sonora to Douglas, Arizona when it’s believed they were ambushed by the cartel and gunned down.

One of the three SUVs they were traveling in was torched.

“It’s been a nightmare. It’s been a tragic nightmare. I felt like I went into shock. My whole body was numb and shaking. It’s just hard to even grasp,” Langford-Staddon said.

“They were beautiful, and they were innocent, and they did not deserve this,” Langford-Staddon said.

But there are also stories of survival.

Before Kristina Langford died, she reportedly hid her 7-month-old daughter Faith on the floor in a car seat. This act of survival saved baby Faith.

“Just breaks my heart trying to picture being in that situation, watching him having to make that decision to leave his siblings behind and hide them behind a bush and run and find help because they couldn’t walk because they were bleeding and wounded. That takes courage,” Langford-Staddon said.

Langford-Staddon said her family members are all expected to recover, but it's not going to be easy. One of her nephews will have to have multiple surgeries on his face.

A GoFundMe page was set up to help the victims and their families.