President Trump to speak at student rally in Arizona

The national field director for "Students for Trump" says the leader's visit to the Valley is well-timed. 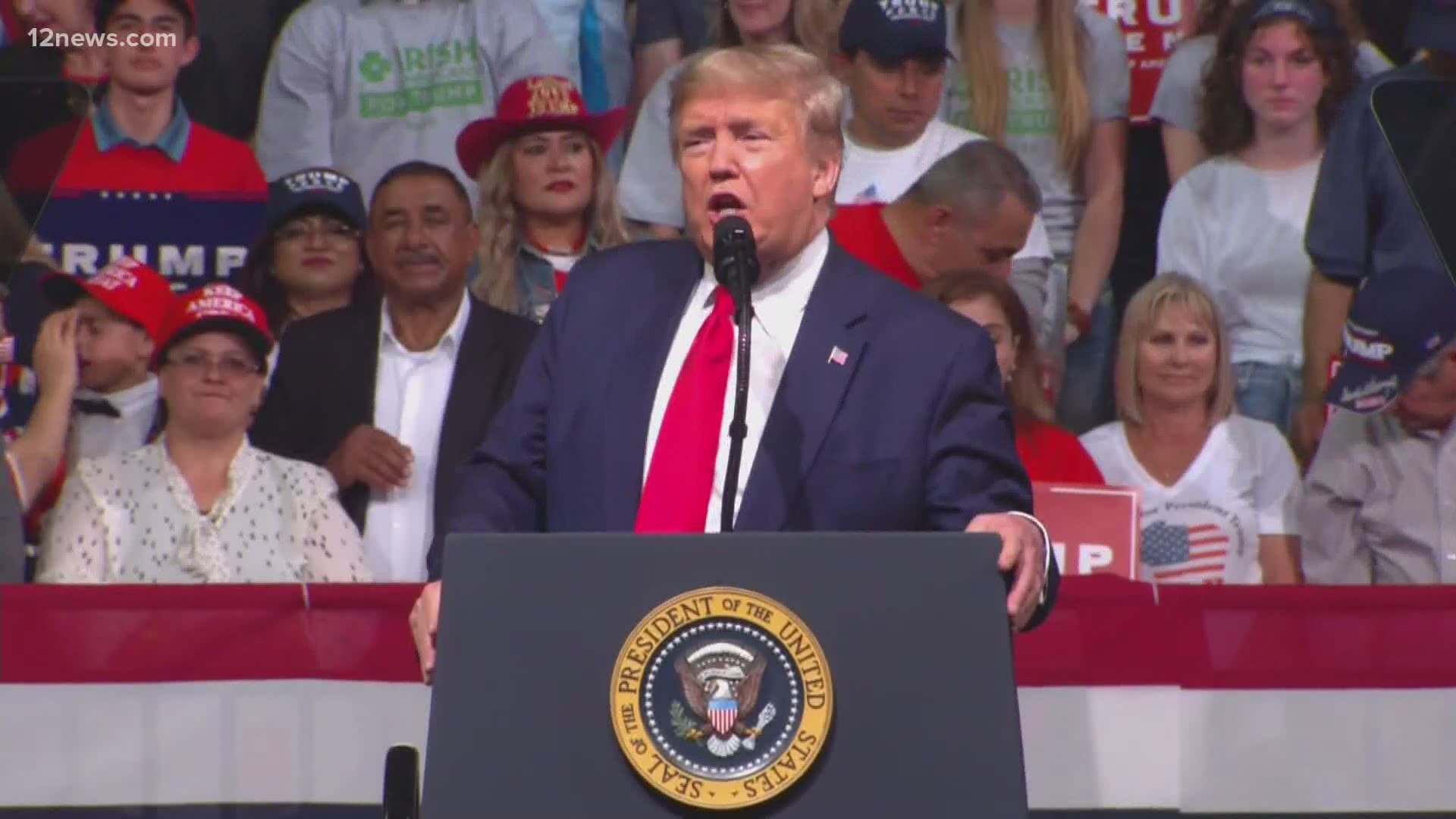 PHOENIX — President Donald Trump will head to Arizona on June 23 for an event organized by some of his college-aged supporters. The nationwide "Students for Trump" organization announced on its Twitter that the president and his son, Donald Trump Jr., would both be appearing at the rally.

Austin Smith, the national field director for "Students for Trump" says the leader's visit to the Valley is well-timed.

"A lot of people think that the left has a monopoly on the youth vote and that's just not true. We're very excited to host the president. Obviously, Arizona is a focal point for the 2020 election," Smith said.

Smith added that many states, including Arizona, have the attention of millennial and Gen Z voters and that their voices should be heard.

"I'm a proud fifth-generation Arizonan and we've had a lot of establishment, a Republican leadership here for a long time. I think it's really cool to have a conservative outsider come to Arizona and want to join and listen to the voice of students. It's super important and super special," he said.

The event is scheduled to happen in Phoenix and is open to the public but will be catered toward young Americans anxious for a seat at the table.

Smith says even in hostile environments and with the current climate of the nation, our commander-in-chief can still convey a message of hope for our country.

"I think it's going to be really cool for someone like President Trump to address thousands of young people in a state like Arizona," he said.

If you're interested in attending, you can register here.

RELATED: Here is how you can register to vote in Arizona