Our western neighbors support us during our busy period and Arizona always returns the favor to assist them, the Department of Forestry and Fire Management said. 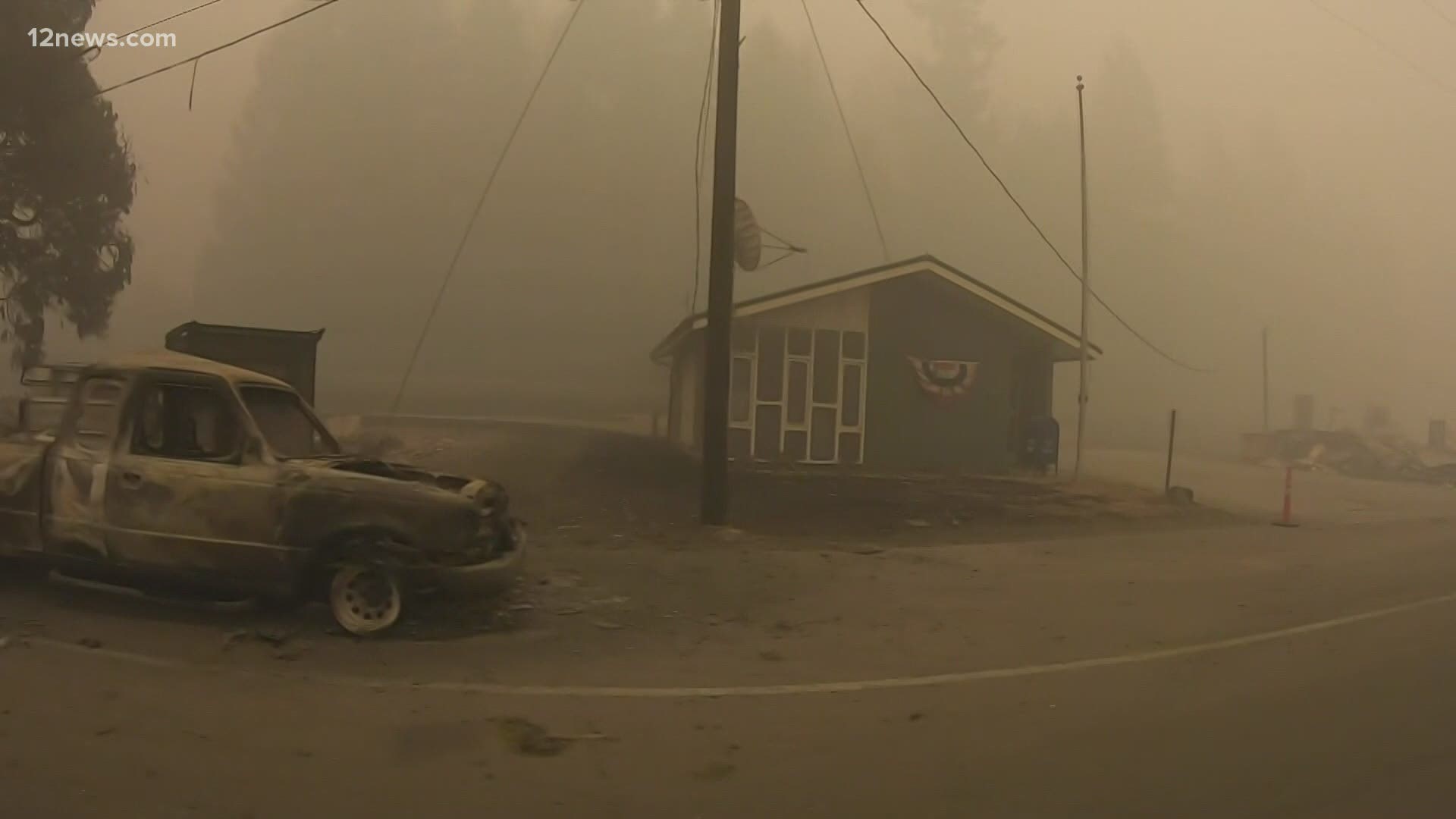 Editor's note: The above video was recorded on Sept. 13.

There are 227 firefighters from Arizona who are helping battle wildfires in California, Colorado, and Oregon, according to the Department of Forestry and Fire Management.

The department said 42 pieces of equipment, including 36 engines, are helping fight fires in those states. The Arizona National Guard is also responding with assets and resources to help put out the fires.

The Arizona National Guard has reportedly sent an additional 30 citizen-soldiers to California for two weeks, including three UH-60 Black Hawk helicopters that are equipped with wildfire suppression capabilities.

"While a majority of Arizona’s resources are working on active fires, some engine crews are staged in higher risk areas awaiting any new starts," the department said. "Arizona firefighters arrived in California in July after a series of lighting bursts sparked numerous wind-driven wildfires."

The death toll due to the West Coast fires has reached 35 as of Sunday, and many of those reported missing have been found.

Resources are still being deployed depending on availability and need, as there are multiple wildfires in Arizona as well.

"As we receive orders for California and other states, we continue to assess them and mobilize resources on a case by case basis," John Truett, Fire Management Officer for the Arizona Department of Forestry and Fire Management, said.

"We must guarantee Arizona remains fully staffed as we cannot deplete our state of critical personnel and equipment."

Typical assignments are 14 days, but some of the firefighters are being deployed for one month, the department said.