No charges against Tucson police officers after man dies in custody

The Pima County Attorney's Office issued a statement Monday saying there was insufficient evidence to criminally charge the officers involved. 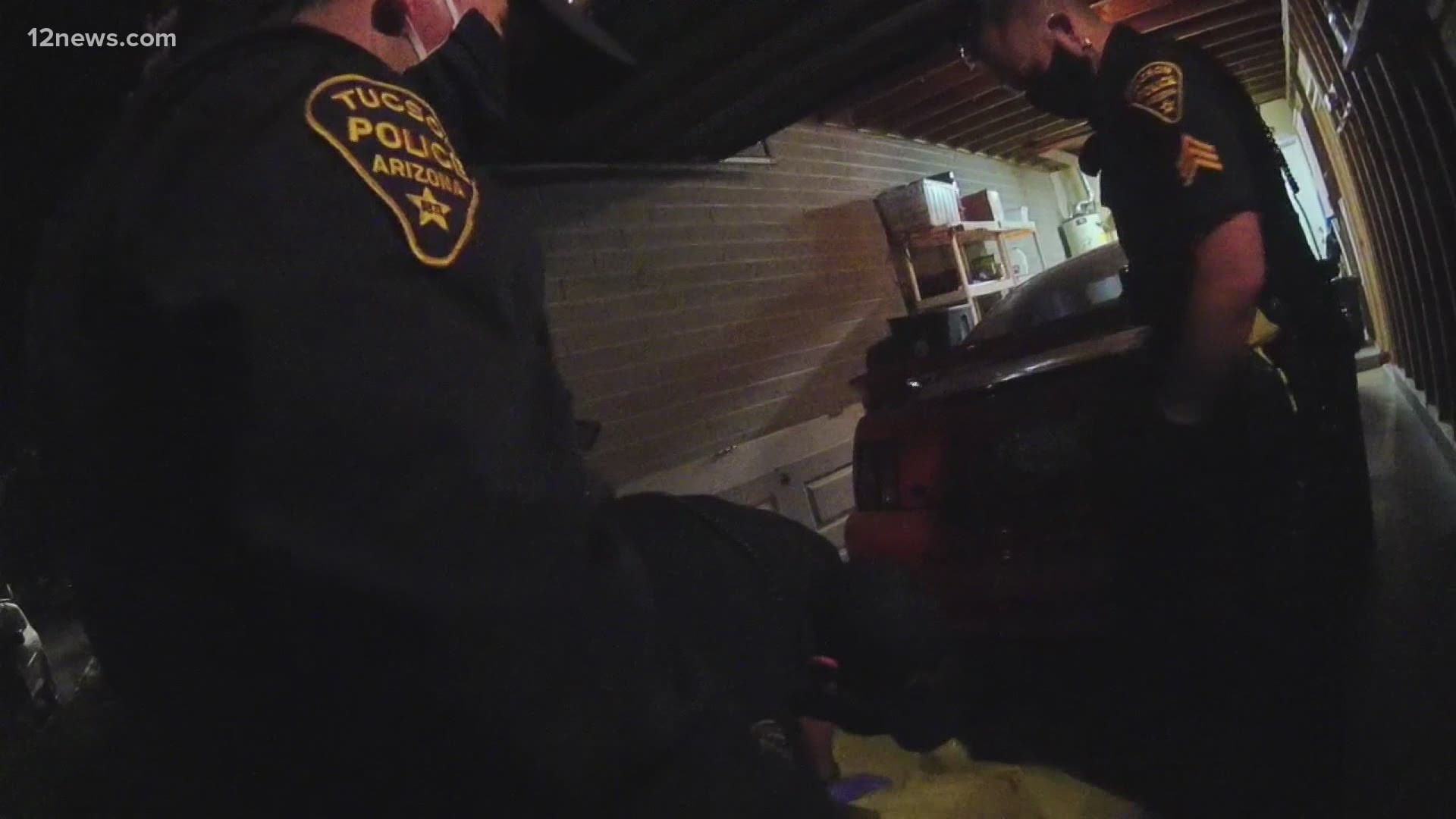 TUCSON, Ariz. — No criminal charges will be filed against the police officers involved in an arrest that turned deadly in Tucson back in April.

The Pima County Attorney's Office said in a statement Monday, after completing an independent investigation into the death of Carlos Adrián Ingram-Lopez, they determined there was insufficient evidence to charge the officers with the crime of negligent or reckless homicide.

Ingram-Lopez died on April 21, after being restrained by Tucson police officers in response to a 911 call involving suspected domestic violence.

Officer Jerin Stoor, and former officers Jonathan Jackson, Samuel Routledge, and Ryan Starbuck are named in the 14-page report on the investigation that is described as "narrow and limited."

"We only address whether sufficient admissible evidence exists to prove beyond a reasonable doubt that a crime was committed under Arizona law, and whether there is sufficient evidence to support the filing of criminal charges in connection with the death," the report said.

County prosecutors said they looked at whether the use of physical force and/or deadly physical force was legally justified as a defense against criminal liability under Arizona law.

However, investigators found the officers did not contact paramedics until a sergeant got there. They also did not put Ingram-Lopez in an "recovery position" after he was handcuffed until an officer began trying to revive him.

"Rather, each of the officers kept Mr. Ingram-Lopez handcuffed and lying on his stomach with emergency blankets and a spit hood over his head. They also failed to check on him after he stopped making noises," the report said.

"Failing to call paramedics and failing to put Mr. Ingram-Lopez into a "recovery position" immediately after he was handcuffed and restrained is totally inconsistent with Tucson Police Department General Orders and training the officers received," the report explained.

While the officers' actions did not align with their training, county attorneys concluded there was not enough evidence to show the officers should be charged in the death of Ingram-Lopez.

The medical examiner determined Ingram-Lopez died of cardiac arrest due to cocaine intoxication. Doctors who reviewed the case could not determine for certain if being restrained contributed to his death.

"In other words, according to these forensic medical experts, the conduct of the officers during the events may or may not have been a contributing factor to Mr. Ingram-Lopez' death," the report said.

Jackson, Routledge, and Starbuck resigned before the department completed its investigation.

Police Chief Chris Magnus said the officers who quit would have been fired if they were still with the department when the investigation wrapped up.

“In this case, three officers did not live up to the high standards of the Tucson Police Department. They are no longer employed here,” he said during a June press conference.