House Bill 2536 would increase the state tax on a gallon of gas at the pump to 43 cents in three years. 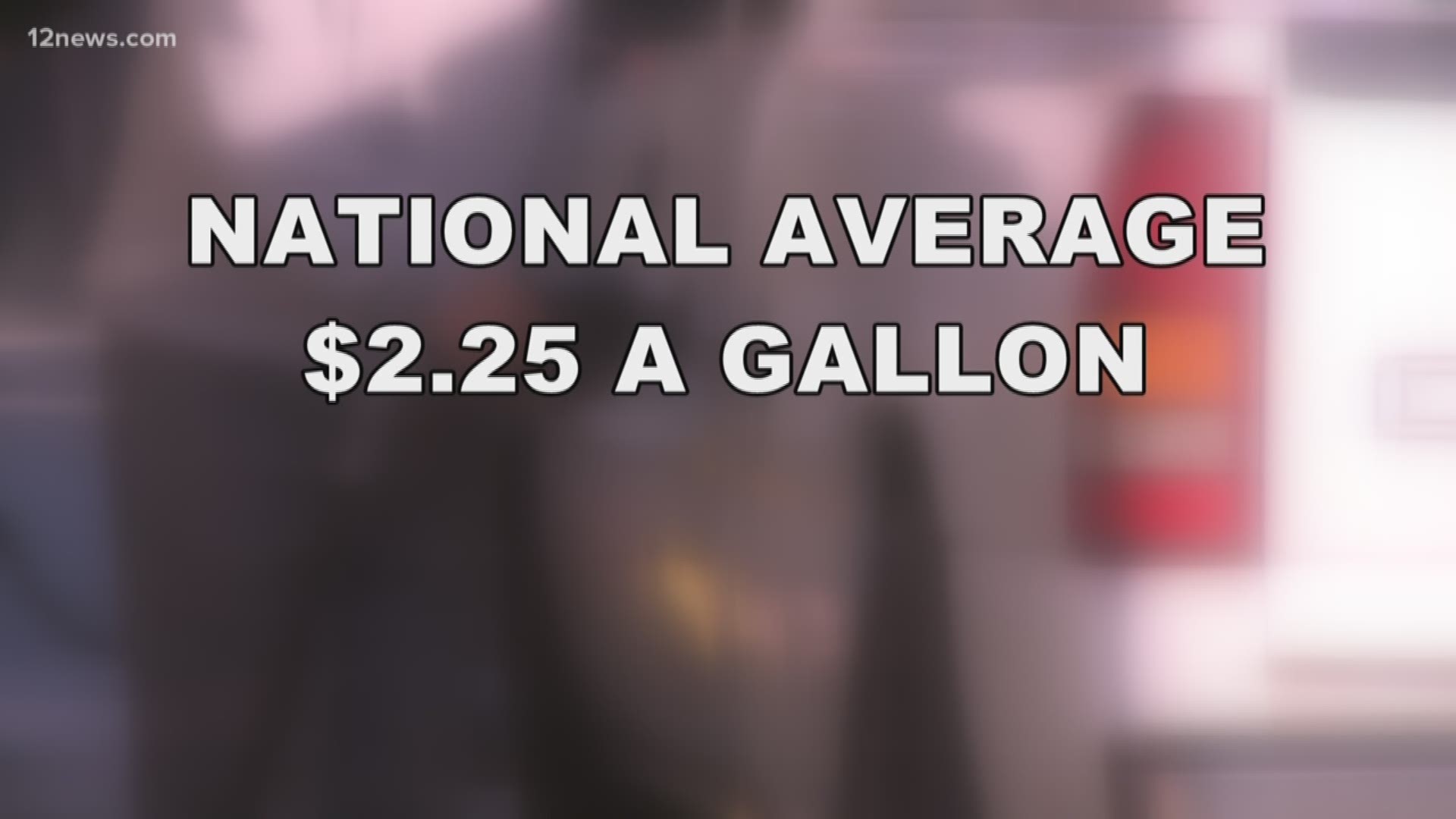 There's a chance Arizona drivers might be paying a little more to fill up their gas tanks in the near future.

House Bill 2536, proposed by Republican Rep. Noel Campbell, would increase the state tax on a gallon of gas at the pump, something Arizona hasn't seen since 1991.

According to the Arizona Department of Transportation, the state collects "a variety of fees and charges" when it comes to registering and operating a motor vehicle in Arizona. A gasoline and diesel tax are among the collected fees.

The revenue generated from these taxes or fees are deposited into the Highway User Revenue Fund.

"These taxes represent a primary source of revenues available to the state for highway construction, improvements and other related expenses," ADOT's website says.

Under the bill, the gas tax would be raised in three increments from 18 cents to 28 cents per-gallon in the first year, up to 38 cents in the second year and to 43 cents by 2022.

Car owners who would normally not be paying for gas would be charged a fee under the bill. Electric car owners would face an annual fee of $130, which would increase to $175 in the second year and $198 in the third year.

Hybrid vehicles would be charged a slightly less annual fee of $52, then $70 and $80, again, over a three-year span.

The taxes and fees under HB 2536 would then adjust and increase based on inflation following the 2021-2022 fiscal year.