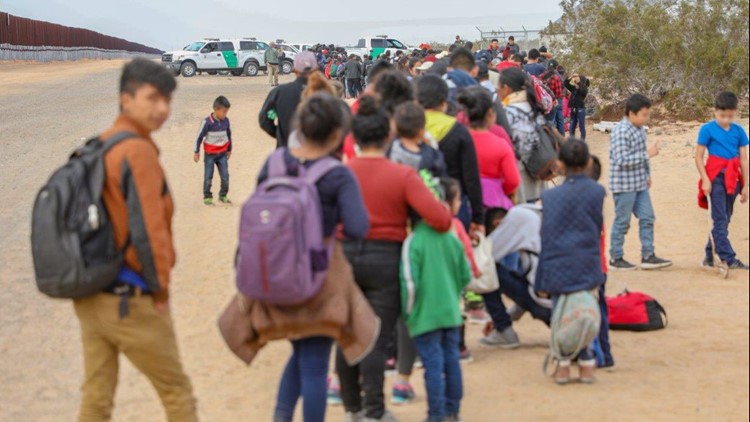 YUMA, Ariz. — Dozens of accounts by migrant children being held in Arizona collected by government case managers include allegations of sexual assault and retaliation for protesting poor conditions, according to an NBC News report.

Reports from the U.S. Customs and Border Protection's Yuma sector by investigators for the Department of Homeland Security's Office of the Inspector General describe unsanitary and overcrowded conditions similar to those detailed in earlier reports about the El Paso and Rio Grande Valley sectors, NBC says. But the Yuma reports go further by alleging abuse and other misconduct by CBP officers.

According to NBC, a 16-year-old boy being held in Yuma said he and other children in the same cell complained about the taste of the food and water. As retaliation, CBP agents allegedly took the mats where they sleep away from the cell.

NBC said they also obtained a report on a 15-year-old girl from Honduras who said an officer put his hands under her bra, pulled down her underwear and groped her as part of a “routine pat down."

Other teens from Honduras reported the officers called them offensive names in Spanish, NBC said.

NBC reported the children also complained about not being able to shower, being denied phone calls, sleeping on the concrete or outside with a Mylar blanket or going to sleep hungry because dinner was served after 9 p.m.

In a statement about the Yuma allegations, a CBP spokesperson told NBC News, "U.S. Customs and Border Protection treats those in our custody with dignity and respect and provides multiple avenues to report any allegations of misconduct. ... The allegations do not align with common practice at our facilities and will be fully investigated. It’s important to note that the allegation of sexual assault is already under investigation by the Department of Homeland Security’s Office of Inspector General."

The migrant children can be held at the detention centers for a maximum of 72 hours, but there have been reported cases of children being detained longer. NBC reported that all children who gave accounts to case managers had been held at the border station longer than the 72 hours allowed.

Despite the allegations, President Trump denies any problems with the detention centers.