A witness in the Northern Arizona University shooting trial has died as preparations continue for Steven Jones's retrial. Police believe he may have died by suicide. 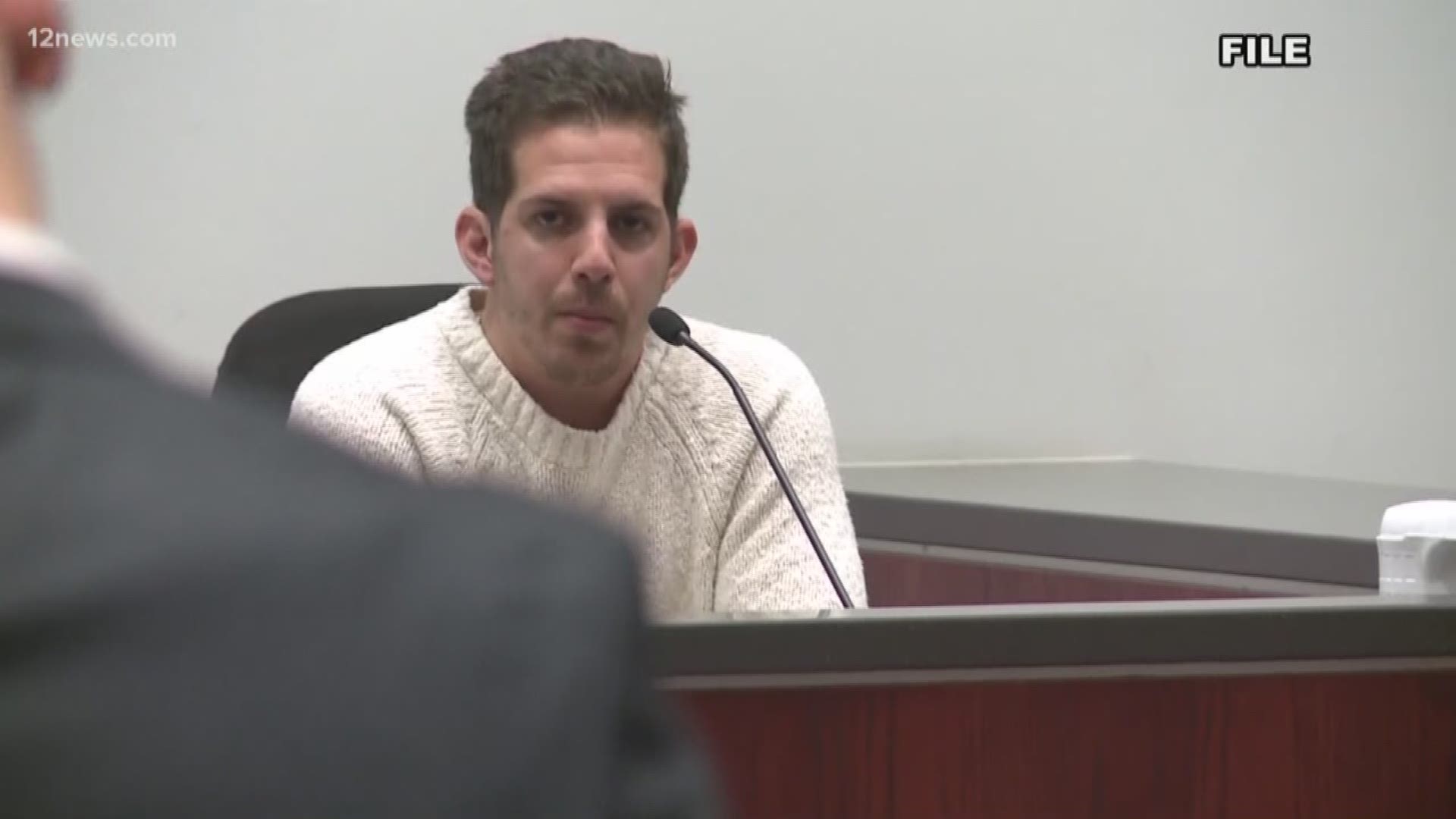 FLAGSTAFF, Ariz. - A witness in the Northern Arizona University shooting trial has died as preparations continue for Steven Jones’s retrial.

Flagstaff Police said one of his roommates found Nick Acevedo’s body on March 5, in their home near the campus.

Sgt. Cory Runge with the Flagstaff Police Department wrote in an email to 12 News, “[…] police believe this is likely a suicide at this point. We will not make an official determination until we receive and review the medical examiner’s report. The cause of death appears to be from asphyxiation and does appear to be self-inflicted based on the evidence at the scene.”

Video recorded by 12 News shows Acevedo taking the stand in the murder trial a year and a half later.

“I ran up to the scene to grab Colin, and Steven pointed the gun at me, and I called him a freak, I called him a psychopath, and at that time he started crying after that. And I picked up Colin and propped him on my leg and secured his wound,” Acevedo said.

Following a mistrial, a retrial was rescheduled several times with the final date for jury trial set for July 6.

“It may be possible to introduce his testimony from the previous trial,” Hance said over the phone.

Hance said a pretrial conference will likely be scheduled if prosecutors plan to use Acevedo’s sworn statement in the retrial.

“It’s really more a court determination more than simply what the lawyers want to do,” Hance said.

The Coconino Medical Examiner’s Office said Tuesday the case had yet to be assigned and it could be up to six weeks before Acevedo’s cause of death was determined.