The tornado touched down near Rimmy Jims and was moving east at 15 miles per hour. 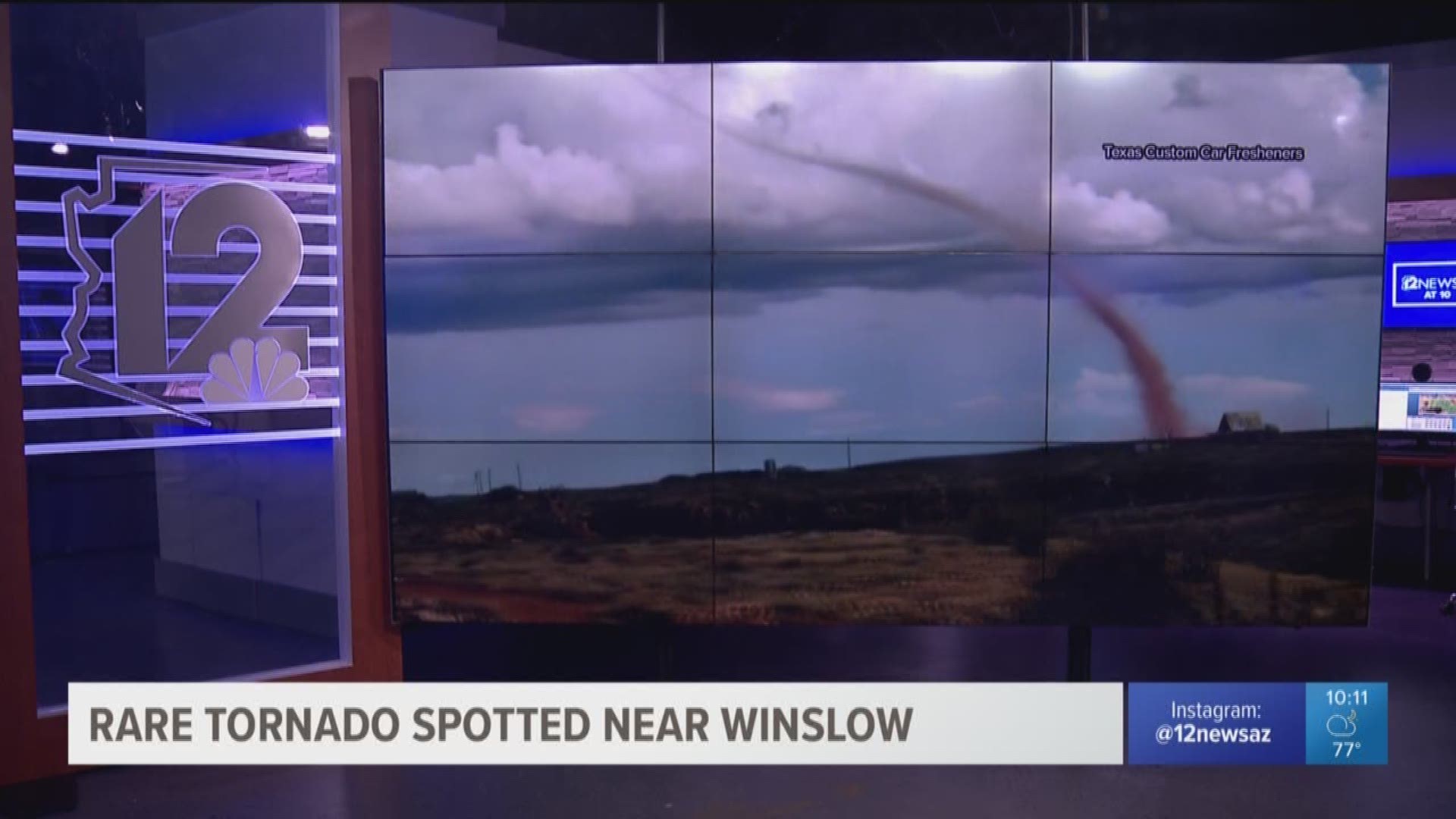 COCONINO COUNTY, Ariz. - Around 2:14 p.m. on Sunday, a tornado touched down 14 miles northwest of Winslow, according to the National Weather Service.

The tornado touched down near Rimmy Jims and was moving east at 15 miles per hour.

A tornado warning was in effect until 2:30 p.m., but the tornado quickly dissipated, according to the NWS.

This video of the tornado seen from the highway in Two Guns was taken around 2:10 p.m. on Sunday (credit: Breanna Knaresboro). 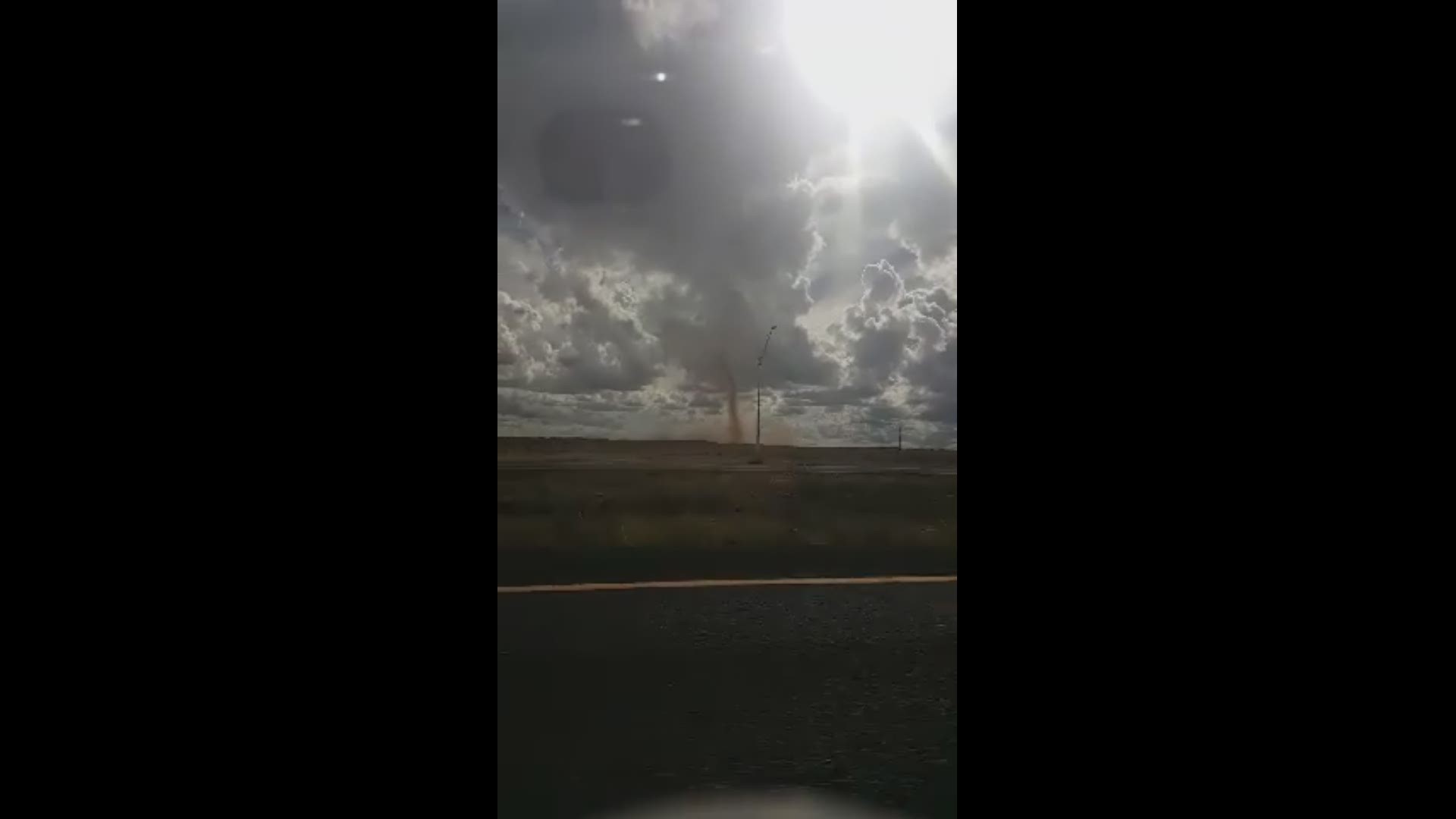 This video was taken past Two Guns near Meteor Crater Road around 2 p.m. on Sunday (credit: Randi Nicole White). 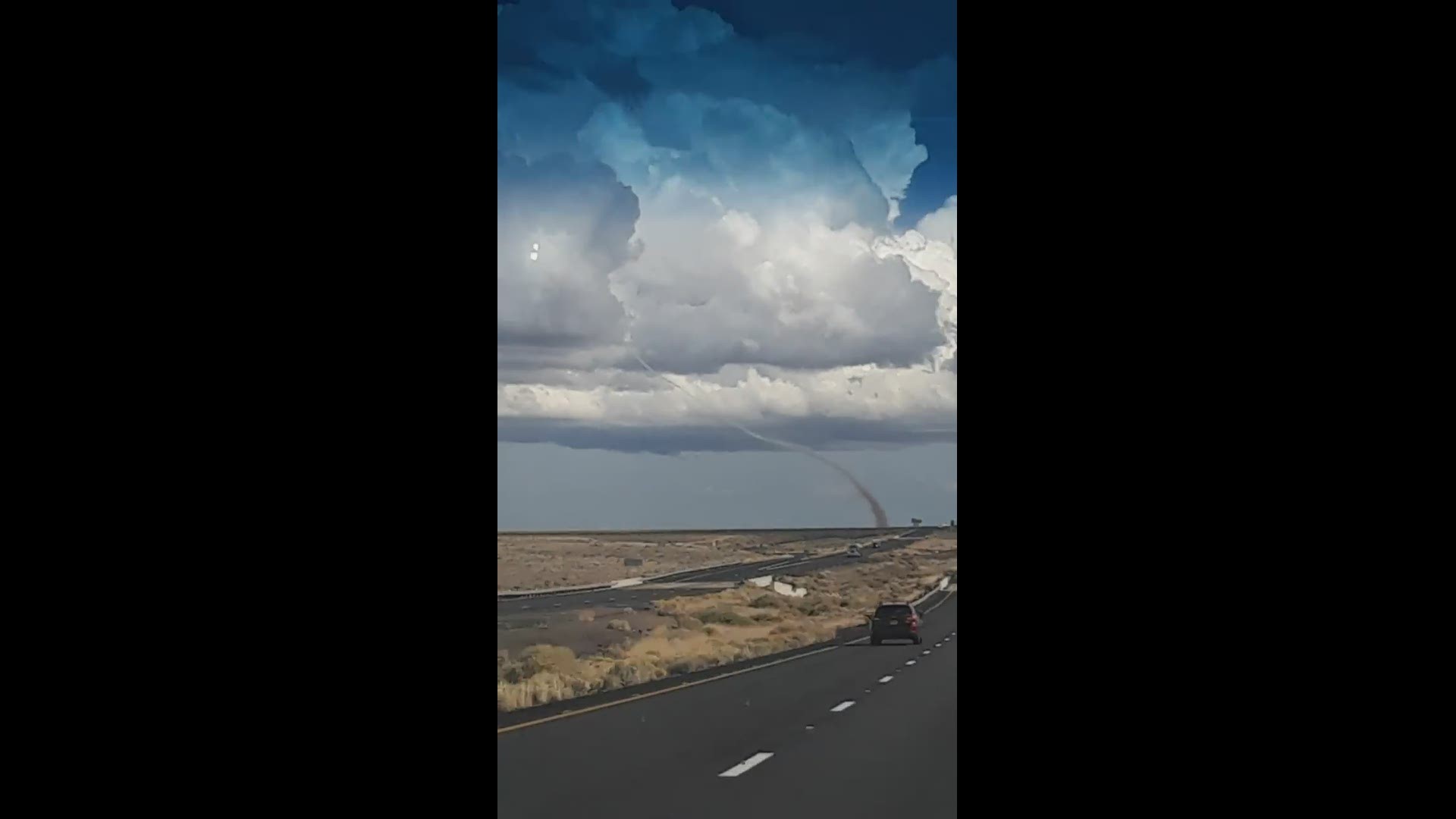 The NWS says it was seen by Arizona Department of Public Safety troopers and trained weather watchers.

According to NWS, there was flying debris, which could cause damage to roofs, windows and vehicles in the area. Tree damage was also expected.

"Motorists should not take shelter under highway overpasses. If you cannot safely drive away from the tornado, as a last resort, either park your vehicle and stay put, or abandon your vehicle and lie down in a low lying area and protect yourself from flying debris," the NWS says.