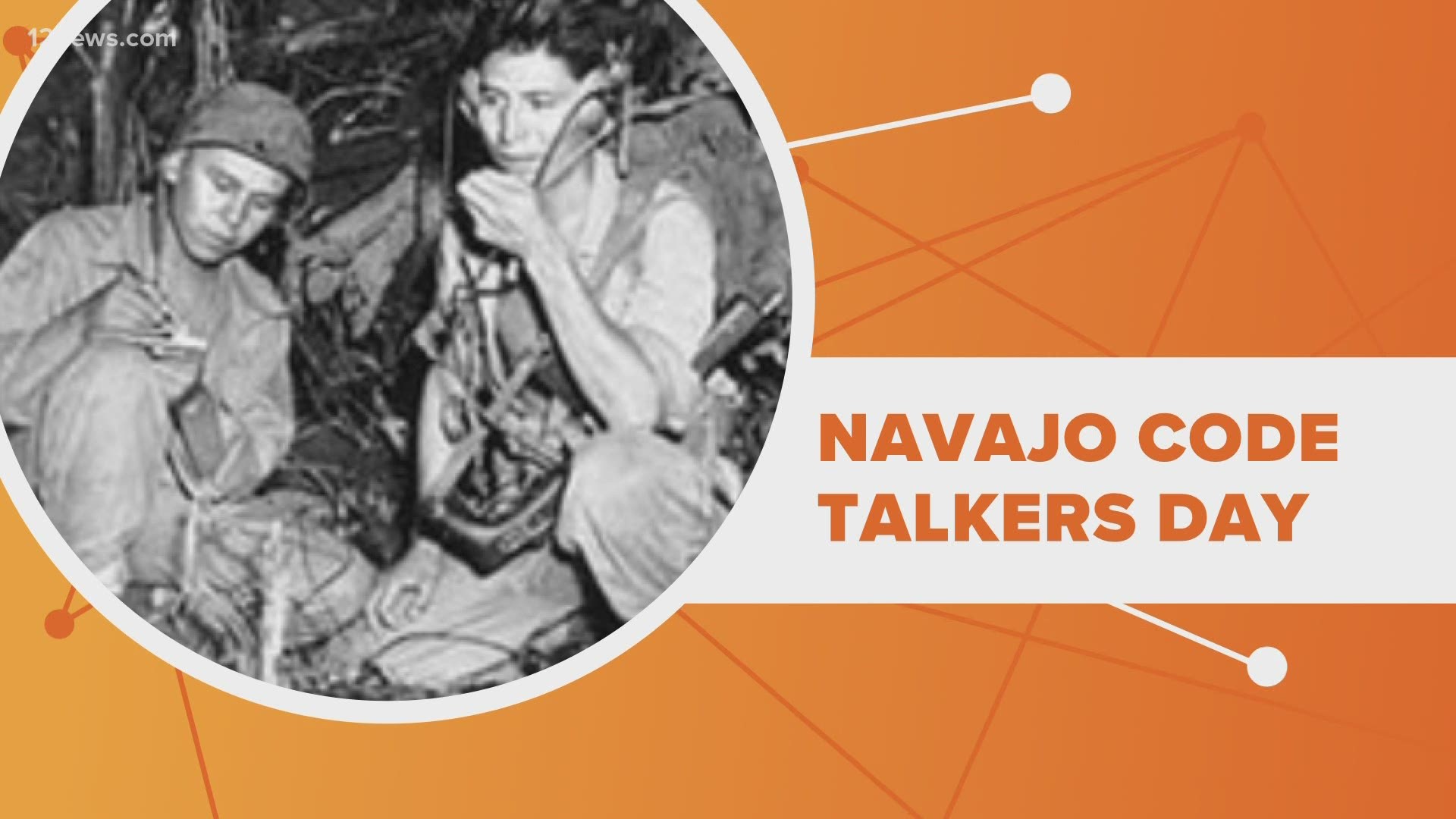 PHOENIX — Editor's note: The above video aired during a previous broadcast on the previous National Navajo Code Talkers Day on Aug. 14, 2020.

The day, originally created by President Ronald Reagan in 1982, is dedicated to the Navajo Nation.

Specifically, members of the nation who assisted the United States Marines during WWII by helping the Allied forces by sending communication in their native Navajo language, which was never deciphered by the Axis powers.

“It’s important that all Arizonans remember the service and bravery of the Navajo Code Talkers,” said Sen. Jamescita Peshlakai, who sponsored the legislation. "Their crucial service during WWII will not be forgotten, and we will continue to honor them every August 14th."

More than 400 Code Talkers answered the call to serve, and Arizona is grateful for their dedication to protecting our nation. 2/

Ducey has recognized the day for the past few years but the legislation cements the day as a state holiday.

“The Navajo Code Talkers are American heroes,” Ducey said in the statement.

"More than 400 Code Talkers answered the call to serve our nation, and Arizona is grateful for their dedication to protecting our nation."

According to the U.S. Marine Corps, Code Talkers took part in every assault by Marines in the Pacific during the war from 1942 to 1945 serving in all Marine six divisions.

"The dedication and unswerving devotion to duty shown by the men of the Navajo Nation should serve as a fine example for all Americans," President Ronald Reagan said during the original signing of the proclamation.

See historical and current photos of some Navajo Nation Code Talkers in the gallery below:

Want more inspiring stories? Watch our 12 News YouTube Playlist here for more stories of people doing good and supporting those in their communities across Arizona.