The discoveries are a cause of concern for the town’s mayor, who says the last migrant drowning his community saw was about 10 years ago. 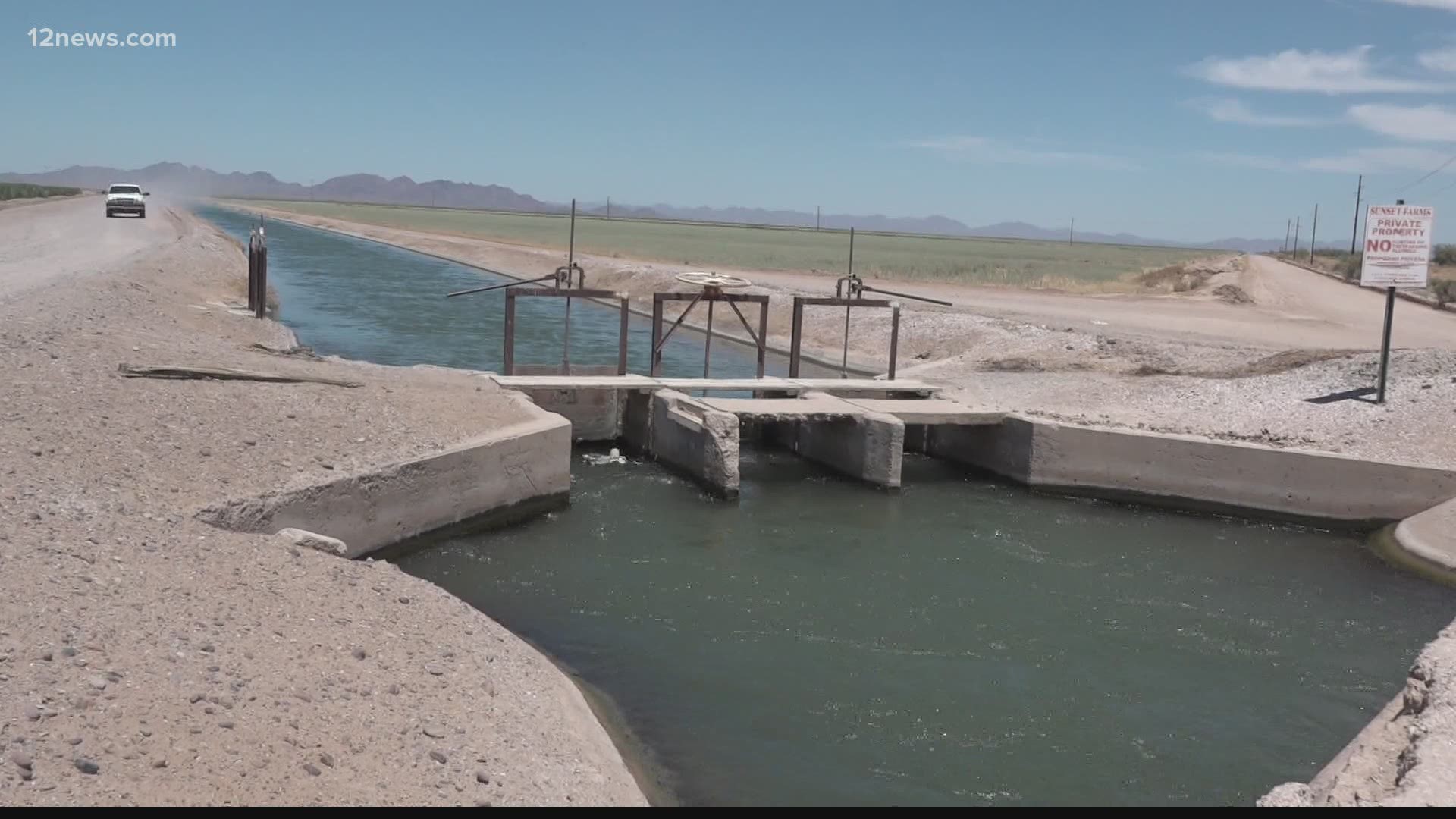 GILA BEND, Ariz. — As the temperatures continue to rise in Arizona, Gila Bend is beginning to see a decades-old worrisome trend: migrants dying in irrigation canals.

This week, the bodies of three men were found in separate locations in the Paloma Canal near Interstate 8 and Paloma Road. The Maricopa County Sheriff’s Office said the remains were found by an irrigation district employee on Sunday.

The discoveries are a cause of concern for the town’s mayor, Chris Riggs, who says the last migrant drowning his community saw was about 10 years ago when seven bodies were recovered.

“We’re at 100 degrees now, by next month we’ll be into the 110s, the month after we’ll be pushing 120. So, we are going to see more of these incidents as it gets hotter,” said Riggs, who knows just how deadly border summers can be and has helped in rescues in the past.

Migrants drowning in canals have happened in the southern part of the United States for years, mainly because they serve as a water source in a scorching desert. But canals are often unfenced and cut across walking paths.

In the dark, after walking for several days, migrants will sometimes stumble into them and can’t get out.

“The way canals are shaped, if you’re on top, it actually pulls you to the bottom,” said Riggs. “So, no matter what, they are getting sucked all the way to the bottom.”

The current in most canals can also be deceiving, as calm waters can be seen on the surface, but a faster current is normally flowing down below, ranging from 15 to 20 feet per irrigation canal.

As the migrant journey takes people through treacherous routes in the burning Arizona desert for days, even weeks, a canal can be a gold mine for any person who encounters one but can lead to an ultimate price.

“These people are going to be looking for water, it’s a readily available water source, so they tend to go straight to it,” said Riggs. “They die trying to just get water.”

The mayor says a fourth body was also recovered on Sunday at the Barry M. Goldwater gunnery range. He says that person appeared to be a migrant as well and it’s believed he died from a heat-related illness.

Next steps in Arizona migrant crisis

Riggs declared a state of emergency in March when Customs and Border Patrol began dropping off asylum-seeking families at the Gila Bend softball park. He was given two-hour notice and had to scramble to arrange transportation and housing for 16 migrants.

A spokesperson from CBP said the agency has not released migrants in this community for weeks and told 12 News they were not aware of the body recovered at the Goldwater range.

“It’s a pretty long track across the desert to here, so we’re going to see a lot more in the next months,” said Riggs.