Forward progress was stopped on Tuesday and it was fully contained on Thursday at 1,970 acres. 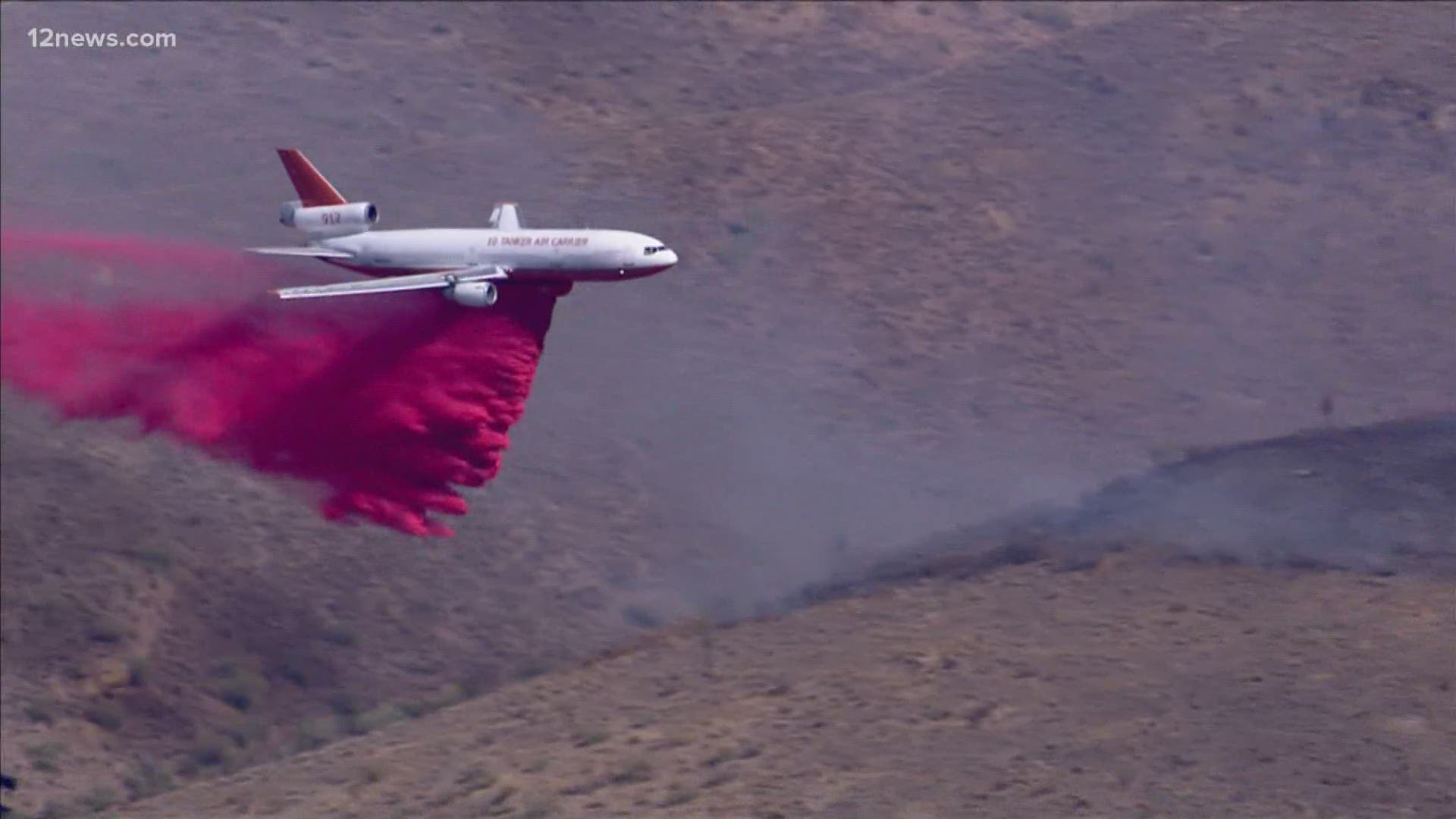 FOUNTAIN HILLS, Ariz. — Crews have fully contained a fire near the Tonto National Forest off the Beeline Highway that first sparked on Monday afternoon.

The Goldfield Fire is burning near northbound State Route 87 Beeline Highway near mile marker 196, north of Fort McDowell Casino, according to a tweet from the Arizona State Forestry Department.

The fire is near Goldfield Ranch on the east side of SR 87. Forward progress was stopped on Tuesday and it was fully contained on Thursday at 1,970 acres.

All evacuation orders have since been lifted and SR 87 has since reopened.

A spokesperson for the Department of Forestry and Fire Management said it was sparked by a cement truck that had its drive shaft come out and it began sparking as it went down the road.

There are no reports of any structure loss.

#GoldfieldFire 100% contained @ 1,970 acres. Firefighters will patrol and monitor the burned area and will be available to respond to any new fires in the area. 3 engines assigned. Hwy 87 and Bush Hwy are open.https://t.co/1UDDFohsuF#AZFire #AZForestry

This is southwest the area burned by the Bush Fire that started on June 13 and was contained in early July.