Though some chains have been reopened for a little while, others are preparing themselves for the return of movie-goers. 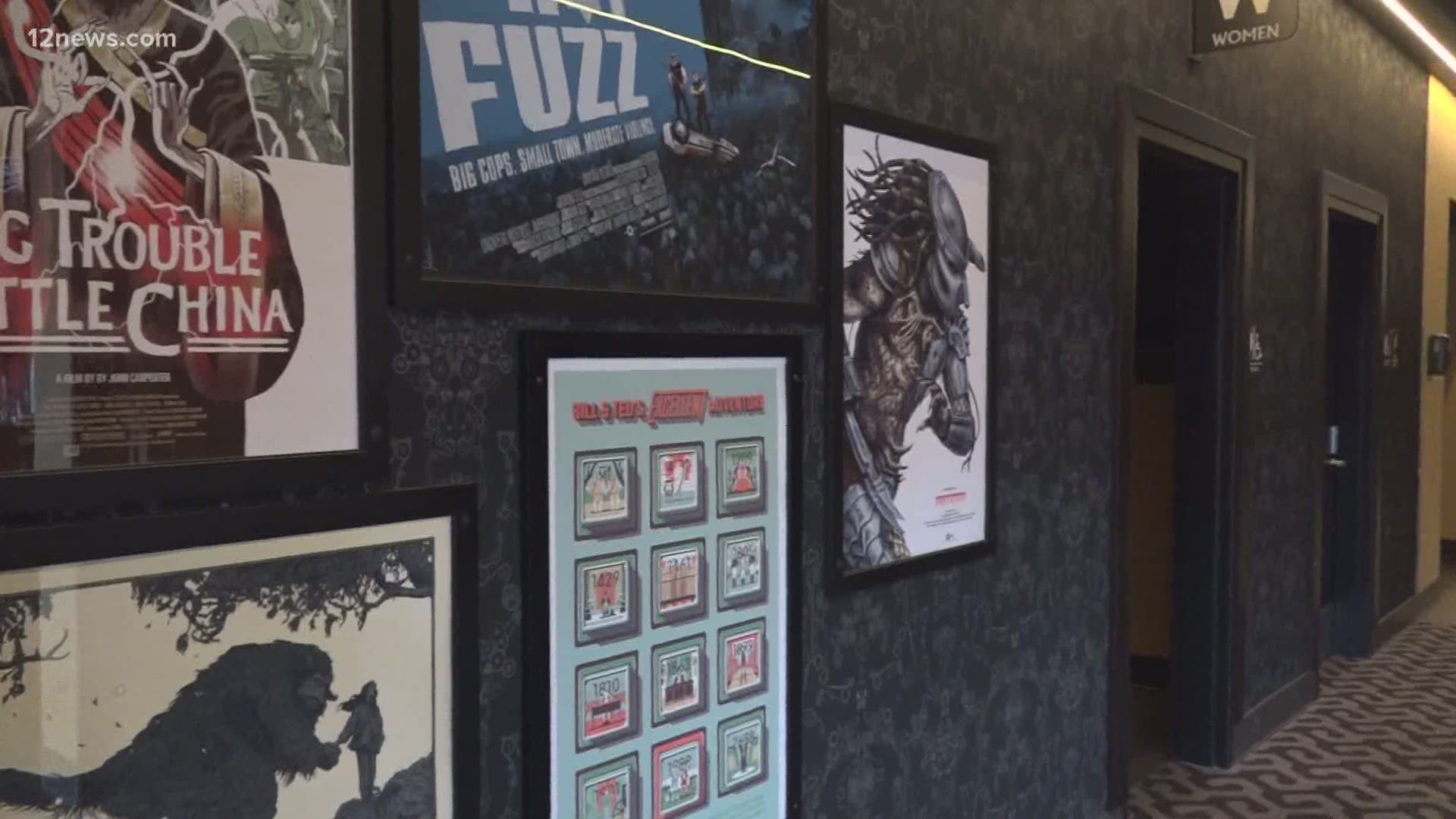 ARIZONA, USA — Five more movie theaters have been cleared to reopen across Arizona.

Three Harkins locations in Flagstaff, Prescott Valley and Sedona got the approval to open, as well as two Alamo Drafthouse locations in Tempe and Gilbert.

The Chandler Alamo location had already received approval to reopen when the others got notified.

“It was scary it definitely went on longer than we were all thinking,” Lauren Knight, Media and Special Projects Manager for Alamo Drafthouse in Arizona, said.

Movie theaters across the country have been shut down since the spring when the pandemic began rapidly spreading in the United States.

The company that owns the Arizona locations of Alamo Drafthouse announced it was filing for bankruptcy near the start of the pandemic.

A dedicated staff member will be stationed in the lobby to make sure people are wearing masks and to open the lobby doors for them.

Once inside, the theater’s ticketing system will automatically leave a seat on either side of a person or group of tickets bought together.

Food and drinks will still be available in the theater, but the bar in the lobby may not be open. If it is, it will be at reduced capacity and with social distance seating.

Between showings, staff members will wipe down every surface as well as spray the seats and tables down with a fogging backpack. The backpack sprays a food-safe sanitizer that dries and disinfects in about 10 minutes.

The real question for theaters is: how many people will still come to watch movies?

“There’s a couple of Alamos across the country that I’ve already opened they’re doing really well,” Alamos Director of Operations Adam Frost said. “I think people are just ready to get back out and have something to do.”

So far those three Alamo Drafthouse locations are the only theaters in the Phoenix Metro Area to get approval to reopen, though the other chains like Harkins and AMC have applied.

The Harkins theaters in Sedona, Flagstaff and Prescott Valley will open Aug. 28.

The Tempe Alamo will open Aug. 31, and the Gilbert and Chandler locations will open September 3.