Officer Jesus Cordova was killed April 27 while trying to arrest a carjacking suspect. 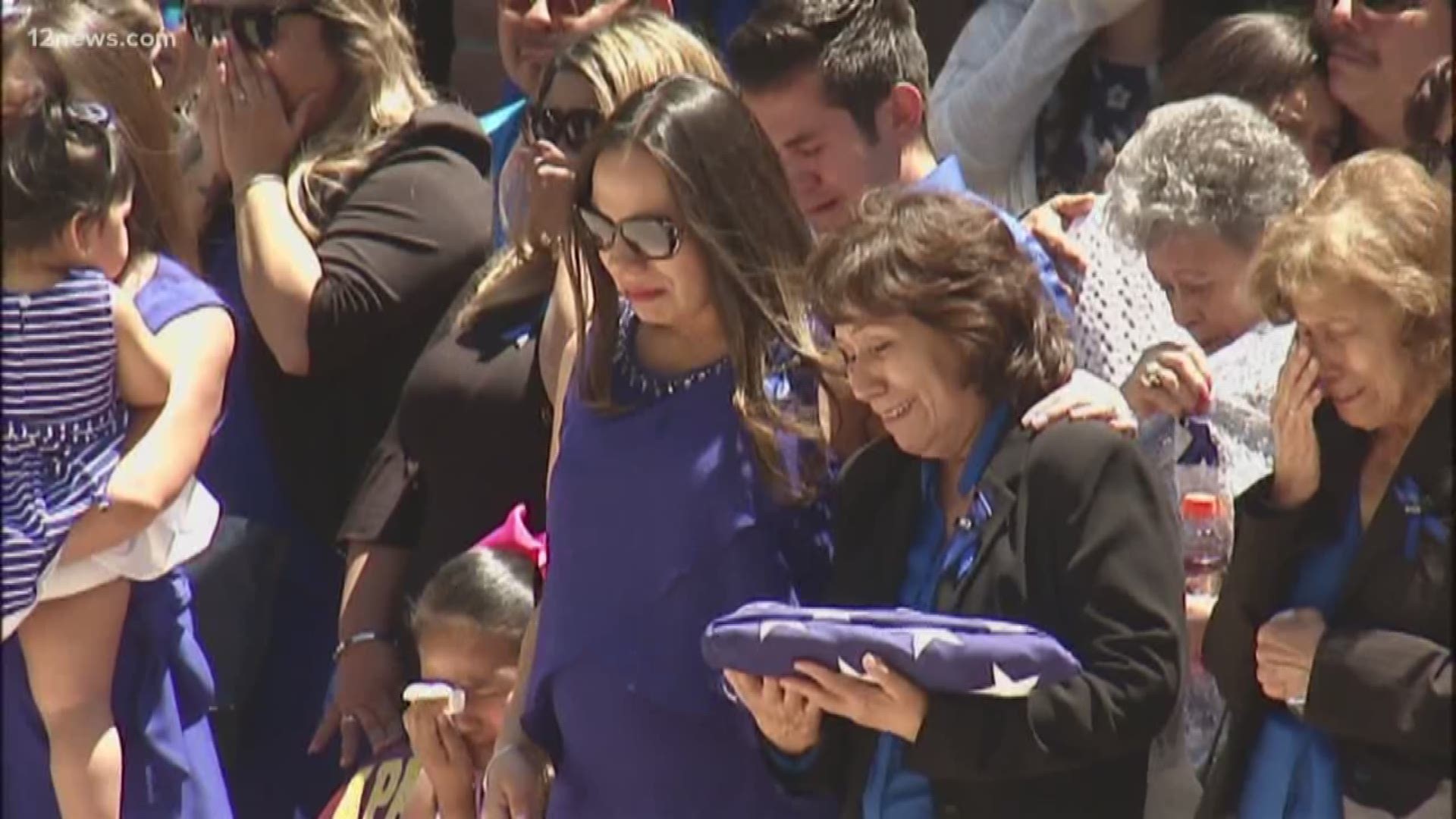 NOGALES, Ariz. (AP) - Law enforcement officers from around Arizona were among over 1,000 people who attended a Mass to honor and bid farewell to a Nogales police officer fatally shot while trying to arrest a carjacking suspect.

The Arizona Daily Star reports that the hearse carrying Officer Jesus Cordova's body rode Saturday under an enormous U.S. flag hung from cranes outside Nogales High School where the service was held.

RELATED: Nogales officer dies after being shot; suspect in custody

Cordova was killed April 27 while responding to an emergency call about a suspected armed carjacker.

A criminal complaint charges David Ernesto Murillo of Tempe with first-degree murder and numerous other crimes.