The death of a police officer led to the Arizona legislature passing a hands-free cell phone law that went into effect on Jan. 1. 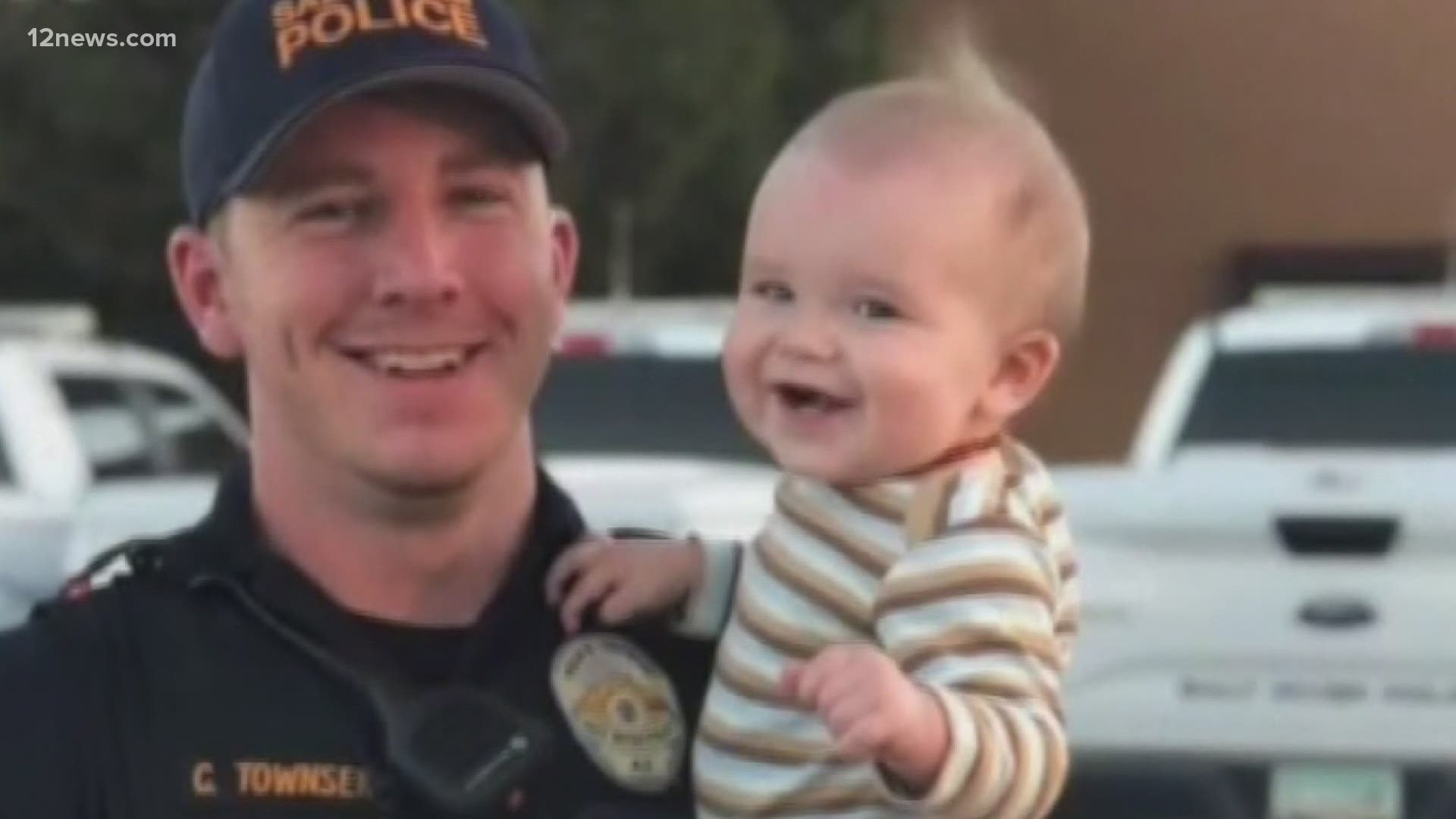 PHOENIX — Police officers across Arizona have cited more than 2,600 drivers during the first few months of 2021 under the state's new hands-free cell phone law.

That law went into effect this year, after Salt River Police officer Clayton Townsend died after being hit by a driver who was texting behind the wheel.

A pledge to never text while driving

Townsend's mom is sharing her hope that Arizonans will honor her son by pledging to never text while driving during Distracted Driving Awareness Month.

“When I see people driving, it’s infuriating when they’re texting,” Toni Townsend, Clayton’s mom, said. “I just have flashbacks of what can happen.”

Townsend was killed on the Loop 101 by a distracted driver in January 2019.

Townsend was conducting a traffic stop when another driver suddenly crossed two lanes and crashed into him.

That driver, later identified as Jerry Sanstead, admitted to investigators he was texting in the moments leading up to the crash.

Sanstead was indicted on one count of manslaughter in November. His trial is expected to begin in May.

Texting and driving banned in Arizona

Her son's case led to the Arizona legislature passing a hands-free cell phone law that went into effect Jan. 1 this year.

DPS has since issued 2,647 citations and 2,017 warnings. But law enforcement officials say those numbers only account for 40% of total cases.

“First of all, I would like to thank DPS and our officers for doing that and for all they do,” Toni Townsend said.

But she says there’s still more work that needs to be done.

The need for more personal responsibility

“Until individuals start to take responsibility, I don’t think we’ll see the kind of changes that we want to see,” Toni Townsend said.

“A lot of people think that oh I can text and drive… you can’t do that, the guy that hit Clayton obviously thought he could do that.”

Toni Townsend asks for everyone who gets behind the wheel of a car to take that responsibility.

“For all the times that somebody said they’re sorry, I feel sorry for you… just stop texting and driving… pull over if you need to take a text or you use hands-free," she said.