Real or not, Arizona is a hotbed of UFO sightings. 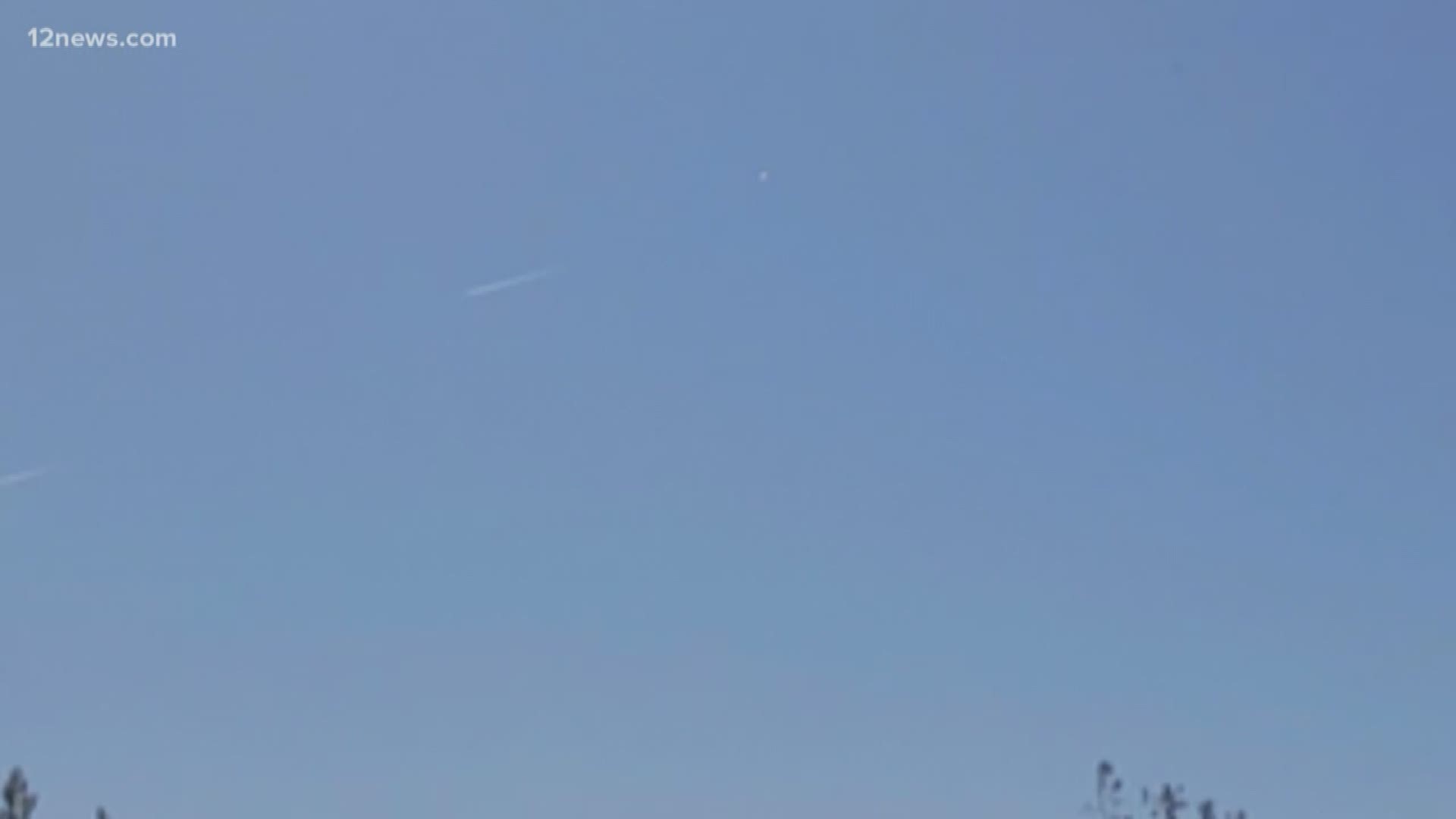 MESA, Ariz. - This man says he's not sure exactly what he filmed. And frankly, neither are we.

Many believe there is something out there, and it seems Arizona has become the center of it all.

That was the reaction of a Mesa man who shot video from his cell phone Tuesday of a dot in the sky next to two airplanes that suddenly disappeared.

“I’m fascinated by them. I believe it’s real. How can we be the only life on this planet? Let’s face it – there’s something bigger than us," he said.

Whether the video is real, it's now part of a long line of UFO sightings that have made Arizona UFO country.

Earlier this week, the Federal Aviation Administration released audio from late February in which two different pilots report an encounter with a mysterious object in the sky overhead.

"I don't know what it was – it wasn't an airplane. But it was ... the path was going in the opposite direction," said one of the pilots in the recording.

STORY: 'Something just passed over us': Pilots report encounter with UFO over Arizona

And, of course, there's the mother of all Arizona UFO sightings, the Phoenix Lights — a string of bright lights in a V formation seen by witnesses across the Valley in 1997.

But then again, we've explained away plenty of false alarms

A streak across the sky in December and again in February was really a Space X rocket both times.

We've seen saucers over Flagstaff that are actually lenticular clouds.

And a strange formation in Queen Creek turned out to be balloons released by a Mormon church.

STORY: Mysterious lights over Queen Creek? We know what they were now

But the Pentagon admitted late last year it previously had a program that studied UFOs, and it later released video of a strange encounter by a Navy jet.

"What ... is that thing?" one pilot can be heard saying in the video.

Whether the latest sighting is real, it's fun to wonder.

“I don’t know. I’m not an expert on that either. There’s a lot of things in this world that are unexplained, and this is just one of them," Burke said.

The FAA and the state said they do not comment on these types of videos.