'You have to do it': Marine veteran credited with disarming armed robber in Yuma recalls intense incident 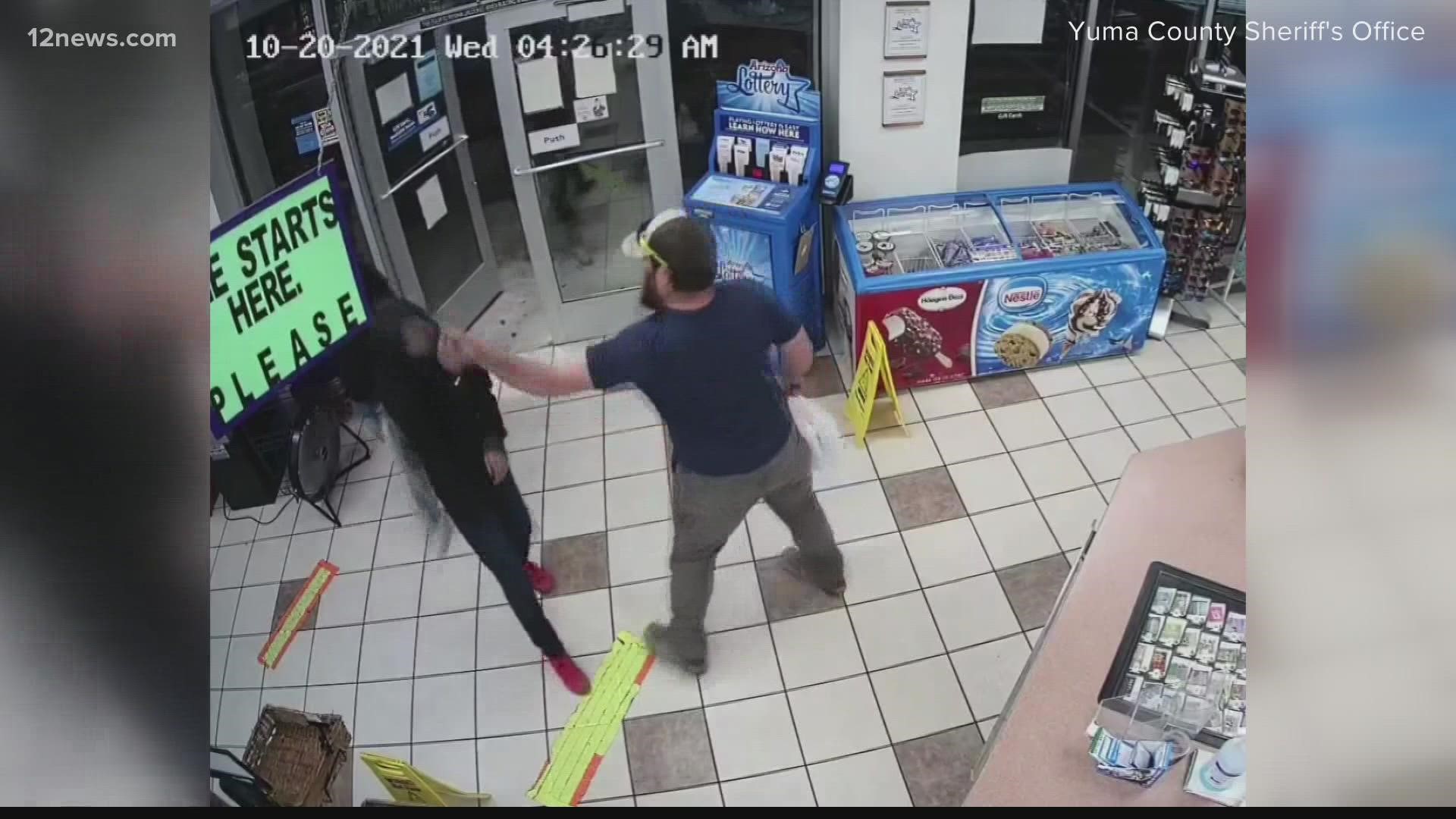 YUMA, Ariz. — A video is going viral showing a Marine veteran stopping an armed robbery suspect at a gas station in Yuma.

James Kilcer risked his own life as Yuma County sheriff’s deputies said he disarmed the suspect and held them there until law enforcement arrived.

Though Kilcer wasn’t decked out in a red and blue superhero suit, he said he sensed trouble was afoot once he heard the door open to the Chevron gas station early Wednesday morning while talking with the cashier.

“My 'spidey senses' kind of tingled a little bit,” Kilcer told KYMA in an interview.

Kilcer said he noticed the gun in a suspect’s hand as they walked in the door.

In the surveillance video released by the Yuma County Sheriff’s Office, Kilcer is seen lunging at the suspect to grab the gun away.

"I got one hand on the gun and pointed it back towards the coolers, tackled him back to the big stack of energy drinks on the floor,” Kilcer said.

While waiting for law enforcement to arrive, Kilcer said he had thought the gun might have been fake, so he took out the magazine to find the weapon was loaded.

“It was kind of disheartening to find out he was only 14,” Kilcer said. “It was his lucky day.”

Deputies said the juvenile suspect is facing armed robbery and aggravated assault charges as they continue looking for the other two suspects.

On Friday, the sheriff's office announced that they had arrested a second teen suspect in connection with the attempted armed robbery.

While it was a split-second decision that could have had a much different result, Kilcer said he’d do it all over again.