Agents have discovered 111 tunnels used to cross and smuggle things across the border in the Tucson Border Patrol sector since 1995. 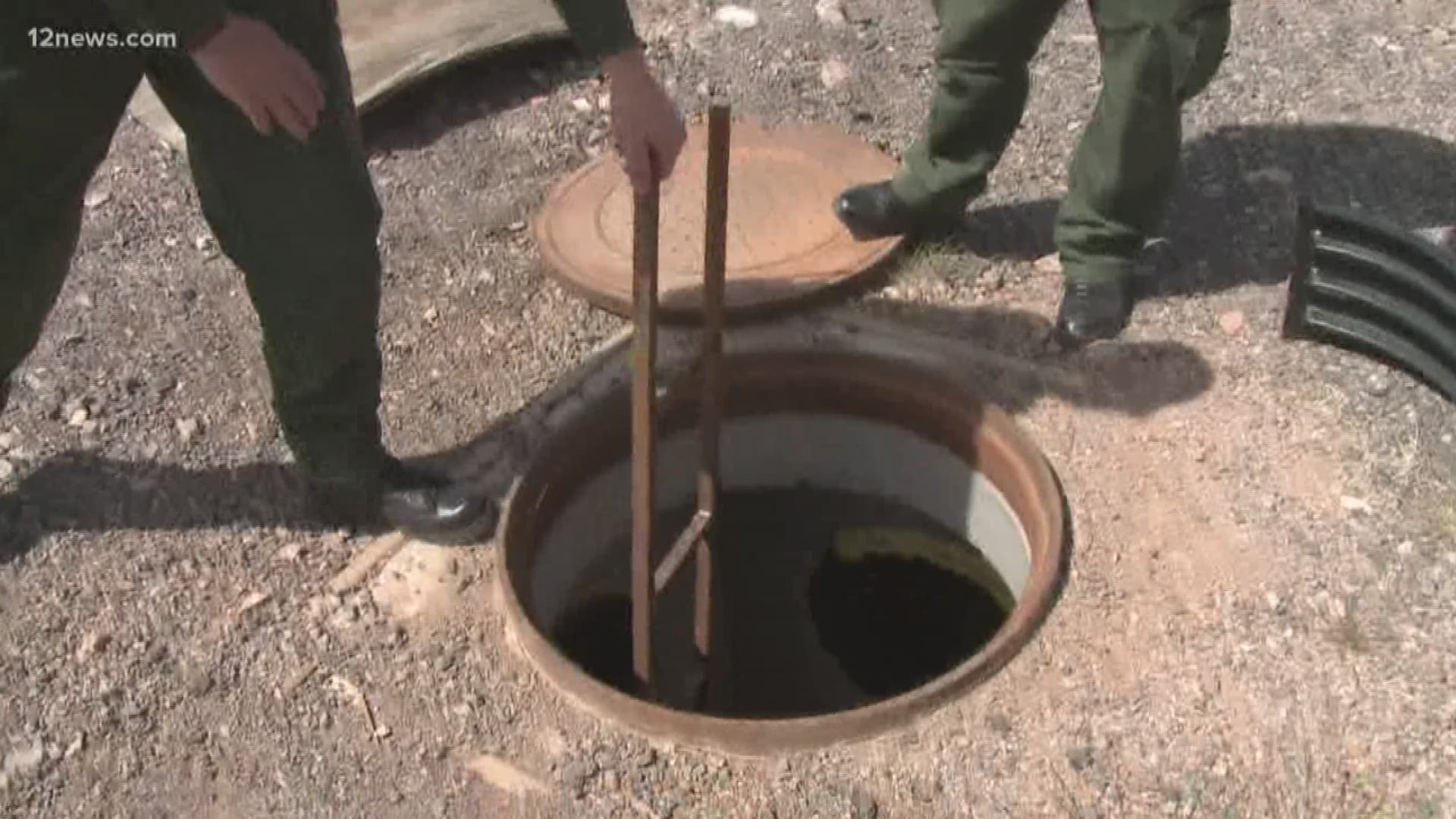 NOGALES, Ariz. - As federal agents discuss the recent discovery of a “cross-border tunnel” in San Louis, border patrol agents in Nogales show how they train and detect them.

Just along East International Street in Nogales, Deputy Patrol Agent in Charge, Kevin Hetch, says at least 17 drug tunnels have been found and it used to be the busiest spot for tunnel activity.

“More than likely if you find a hand dug tunnel anywhere in this area, it’s a drug tunnel,” said Hetch.

He says they fixed the problem by removing the parking meters along the street. Vehicles would sit there, covering tunnel exit points as smugglers loaded them with drugs.

“Take away their ability to park cars here, it’s kinda hard to make tunnels if you don’t have an exit point,” said Hetch.

Since 1995, Hetch says agents have discovered 111 tunnels in the Tucson Border Patrol sector, so they practice going into different types of tunnel entries and exists at their training facility in southern Arizona.

Border Patrol Agent Daniel Hernandez says the training allows agents to learn how to maneuver in different situations and to expect the unexpected.

“We teach them if there’s an armed suspect how to encounter that situation if there’s someone down there with a weapon so we give them that training environment also,” said Hetch.

Fact is, though Tucson’s sector has close to 300 certified agents for confined spaces, like tunnels, but not all agents go inside them, but those who do, do it to make sure the tunnel has been cleared.

“We have to clear them first of all, we have to determine if they are a threat to the county, if the penetrate the U.S Mexico Border or the Canadian border for that matter, and we have to make sure there’s no people inside, no narcotics inside and also determine where the entrance and exit is,” said Hetch.