Here were the updates from Vice President Joe Biden and Sen. Kamala Harris' visit to the Valley on Thursday. 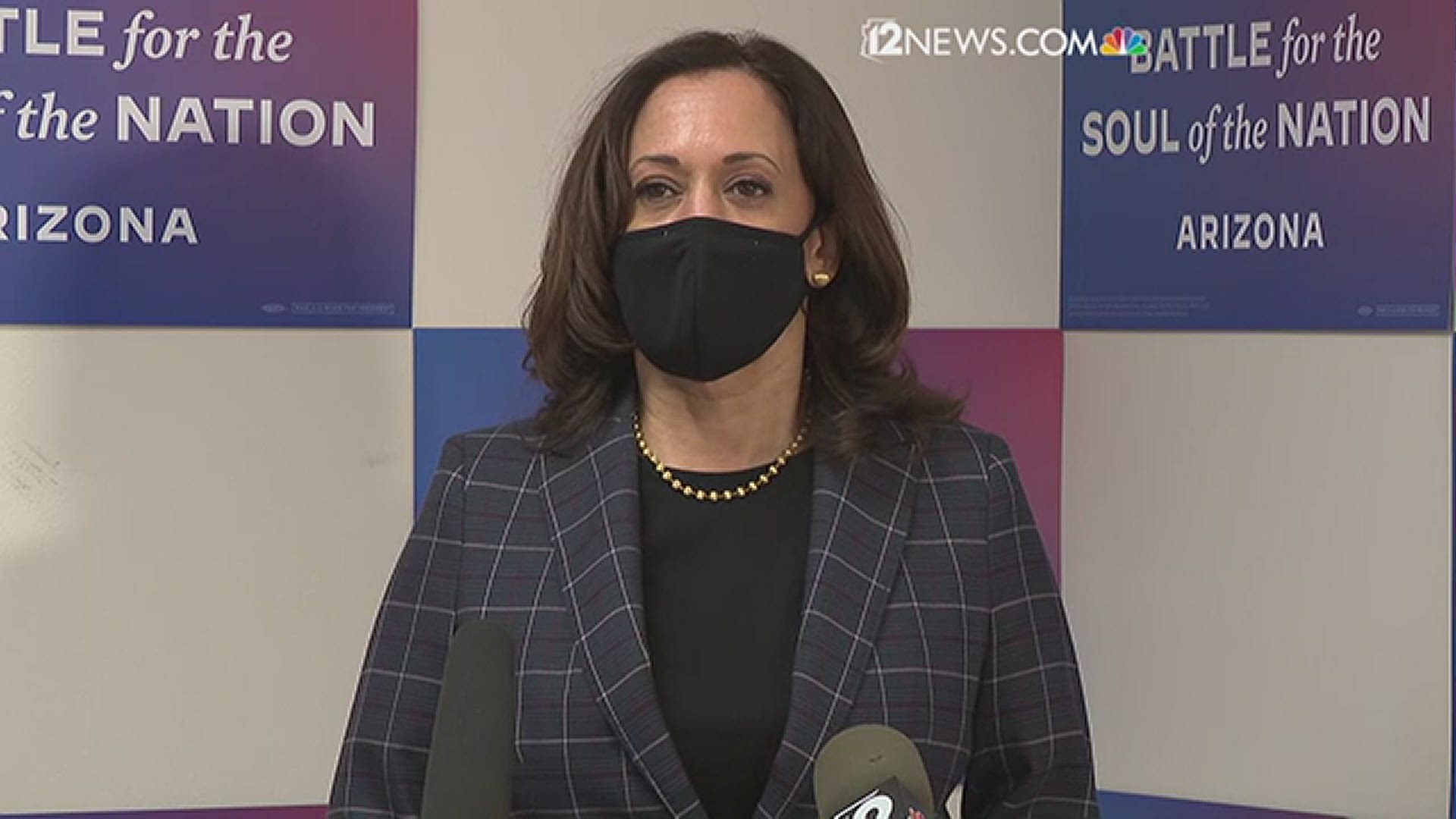 Their visit came on the same day that Vice President Mike Pence held a "Make America Great Again" rally in Peoria before meeting with Gov. Doug Ducey and the parents of Kayla Mueller for a ceremony unveiling a painting honoring the slain aid worker from Prescott.

Then they delivered remarks and embarked on a “Soul of the Nation” bus tour to meet with small business owners and voters in Phoenix and Tempe.

Harris visited Arizona fresh off her vice presidential debate with Pence, which was held in Salt Lake City on Wednesday night.

Despite the lack of campaign visits to Arizona, Biden has been leading in the state. Polling averages show Biden leading Trump by 4.5 points in Arizona.

A Democratic presidential candidate has won Arizona just once in the last 72 years.

The Biden campaign announced more stops in Arizona, with visits to Yuma and Tucson on Friday.

Here are the live updates on Biden and Harris' visit to Arizona:

Biden has concluded his speech to supporters.

Esparza has appeared in campaign ads for the Biden campaign. At his speech in Phoenix, Biden shared Esparza's experience during the pandemic from closing one of her restaurants to canceling her health insurance. 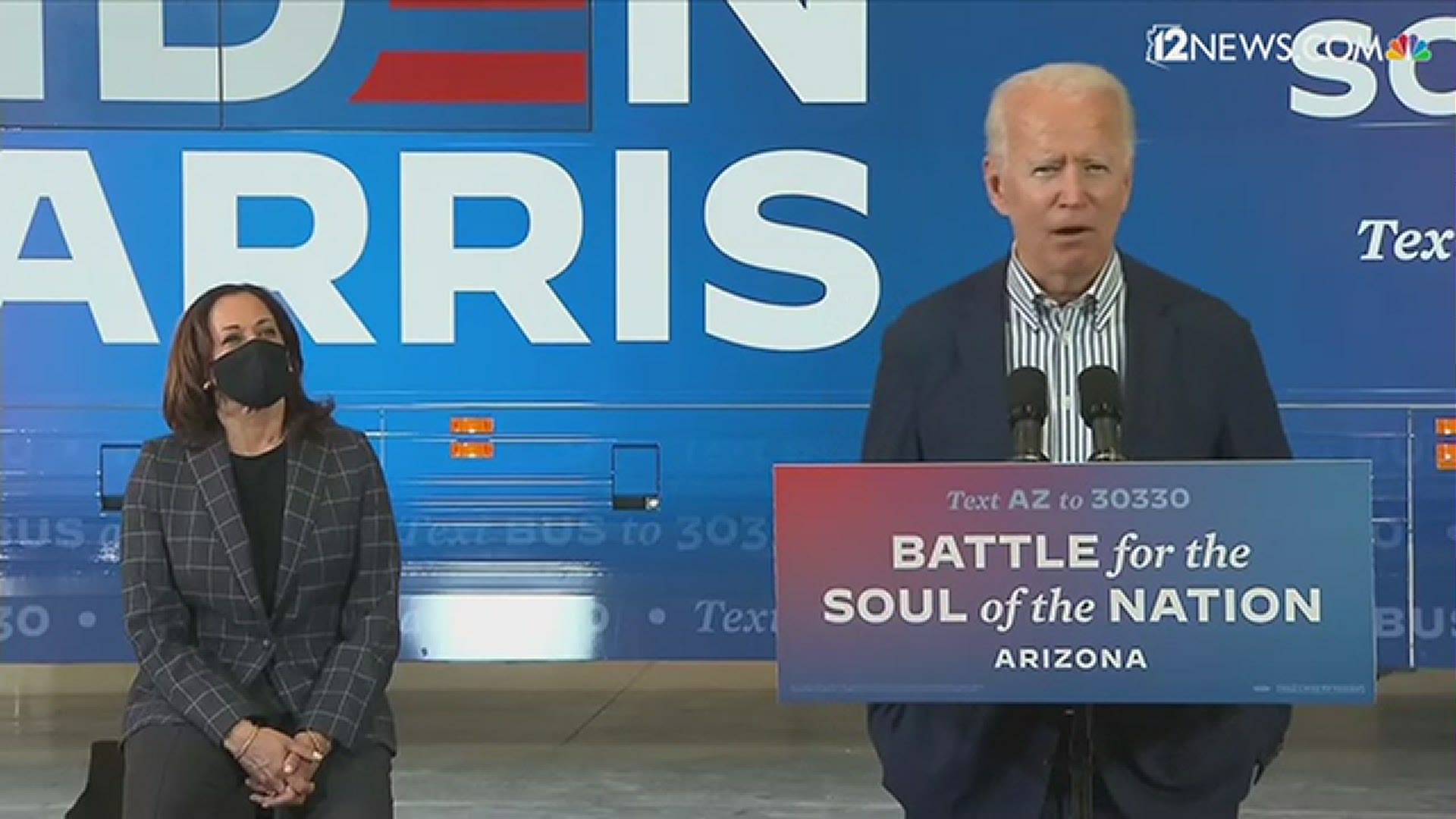 Sen. Kamala Harris has taken the podium and will be followed by former vice president Joe Biden.

Biden, Harris and Cindy McCain met with tribal leaders at the Heard Museum.

Biden spoke to the media about the debate, threats to Michigan Gov. Gretchen Whitmer and court packing.

"There is no place for hate in America, and both of us have been talking about this for some time, about how white supremacists and these militias are a genuine threat. I've got to compliment the FBI and the police agencies for what they did, and how they stepped up." 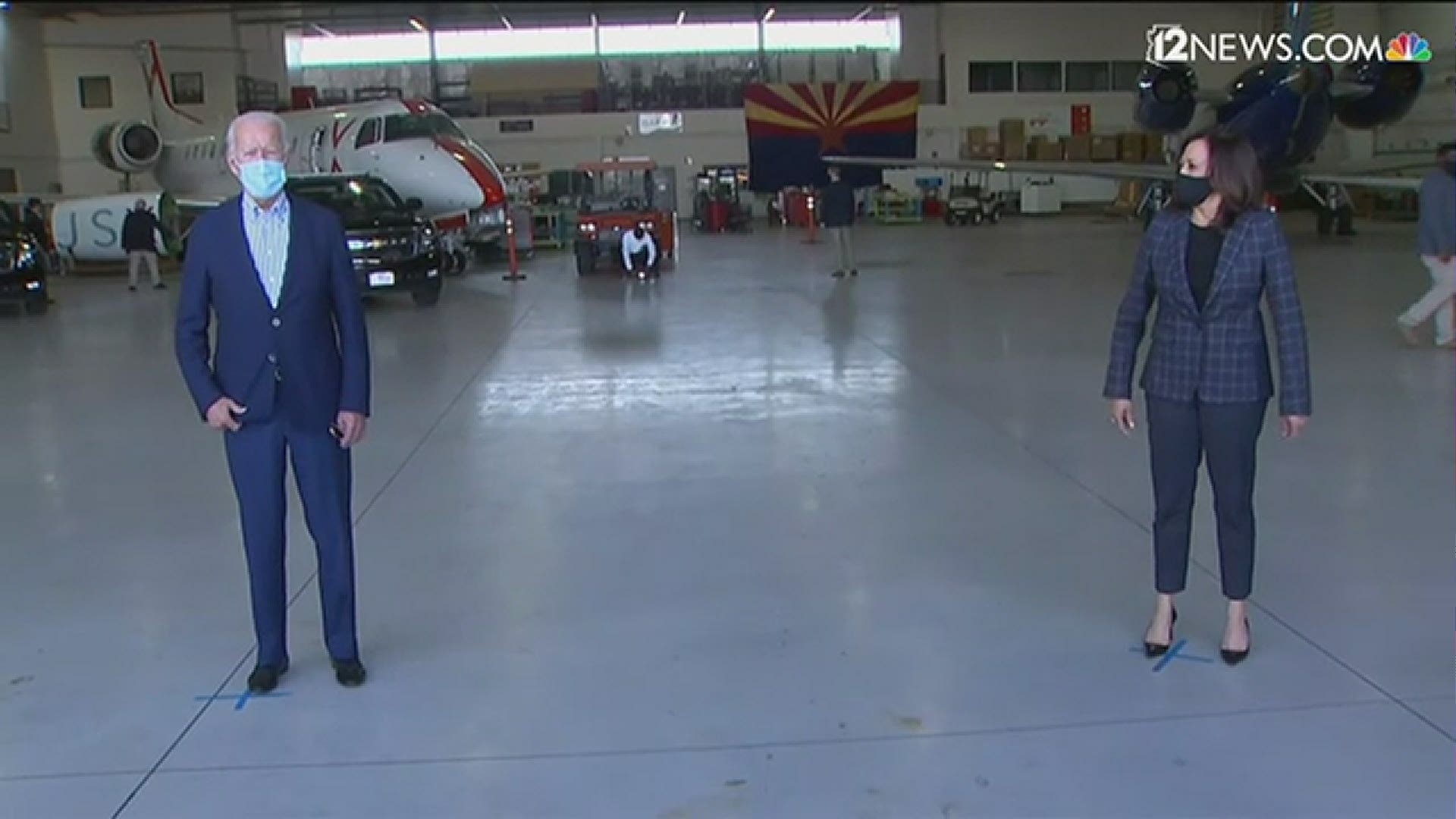 Biden deplaned at noon and did not take questions from pool reporters, according to the pool report.

Biden went straight into the nearby airport hangar.

Vice President Joe Biden's campaign said he was tested for COVID-19 and it came back negative.

Vice President Joe Biden made some remarks on the tarmac before boarding a plane from the New Castle Airport in Delaware to head to Phoenix.

Biden also said it would be "irresponsible" for him to comment on plans for the second presidential debate after President Donald Trump said he would not participate in a virtual debate.

"I think that if I can follow the commission’s recommendations," Biden said, according to the pool report. 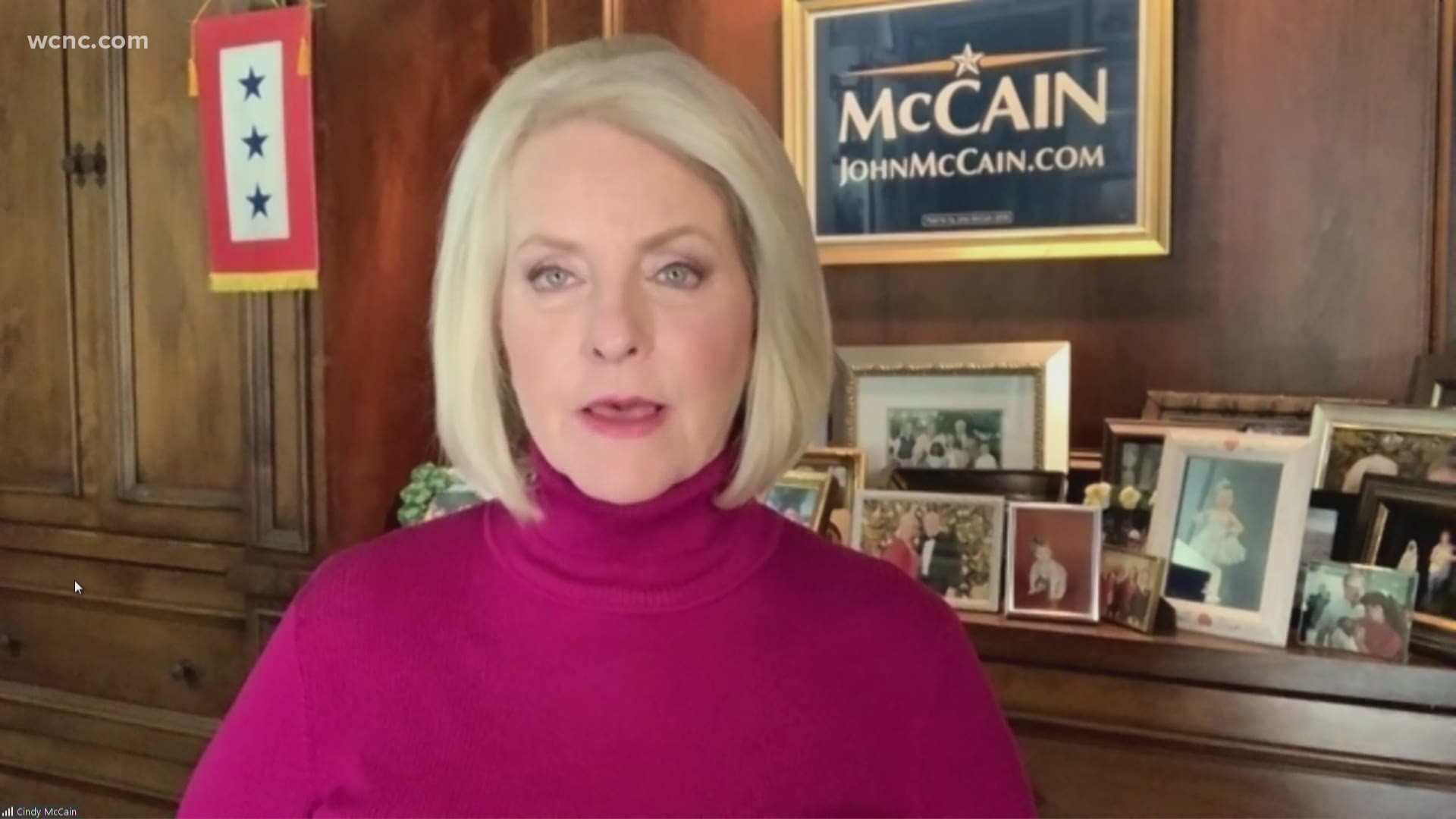