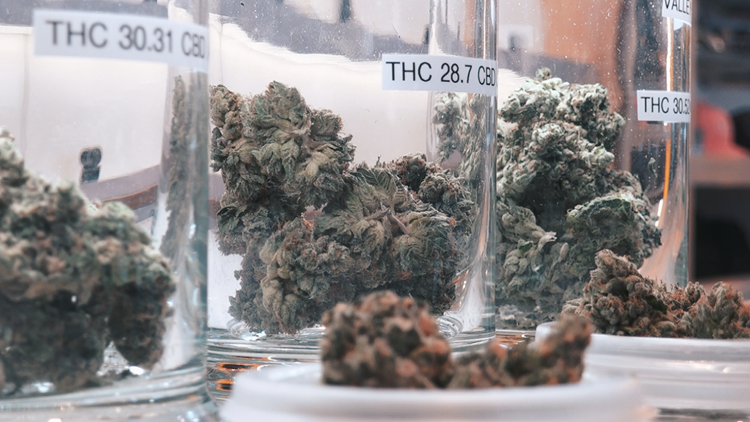 Legalization of marijuana in Arizona: These are the rules that could be on the 2020 ballot

For the second time in four years, there's a chance Arizonans might be casting a vote to legalize marijuana on their November ballot.

A group backing the legalization released details Friday on a ballot measure that is looking to legalize the "responsible adult use of marijuana" in Arizona.

The 16-page "Smart and Safe Act" would legalize the sale, possession and consumption of up to one ounce, no more than 5 grams of which can be marijuana concentrate, of the drug for adults 21 years and older. Every adult would also be allowed to have not more than six plants at their home or 12 in homes with multiple adults.

Under the initiative, those looking to purchase the drug would have to show proof of age as selling or providing marijuana to someone under 21 would be illegal.

The act states being impaired to the "slightest degree" by marijuana will be illegal while driving, flying or boating. It also states employers "retain their rights to maintain drug-and-alcohol-free places of employment."

The act, however, does not allow the smoking of marijuana in public places like parks and restaurants.

The new initiative would need nearly 240,000 valid signatures to qualify for the ballot.

In 2016, a proposition that would allow people over 21 to possess and consume marijuana was narrowly defeated by Arizona voters. Proposition 205 was defeated 51.32% to 48.68%.

In 2010, voters in Arizona approved Proposition 203, which permitted medical marijuana. Arizona Department of Health Services was put in charge of regulating sales and use.

The legalization of medical marijuana was voted down in Arizona in 2002.

In 1996, Proposition 200 was passed. Revised over the years, it now makes jail time a last resort for drug offenses other than those involving methamphetamine. It established a Parents Commission for drug education and prevention.

In highlighting key points from the initiative in that same email, Pearson said it "protects children."

Selling or providing marijuana to someone under 21 would be illegal. The initiative would also require all packaging to be labeled and childproof.

Under the initiative, a marijuana establishment would not be allowed to sell any marijuana products that "resemble the form of a human, animal, insect, fruit, toy or cartoon."

According to Pearson, that would include anything resembling kids' candy like gummy bears or worms. Establishments would not be allowed to sell any marijuana products that "resemble or imitate food or drink brands marketed to children."

Where does the money go?

A 16% excise tax will be collected on all marijuana and marijuana products sold, according to details from the initiative.

That tax on marijuana products is estimated to bring $300 million in "new revenue" annually, according to Pearson. That money will mostly go toward funding "community colleges, public safety, public health programs, and infrastructure."