Michael Adams made his first appearance before a judge overnight Thursday after he was arrested following the stabbing of a boy at a Peoria Circle K. 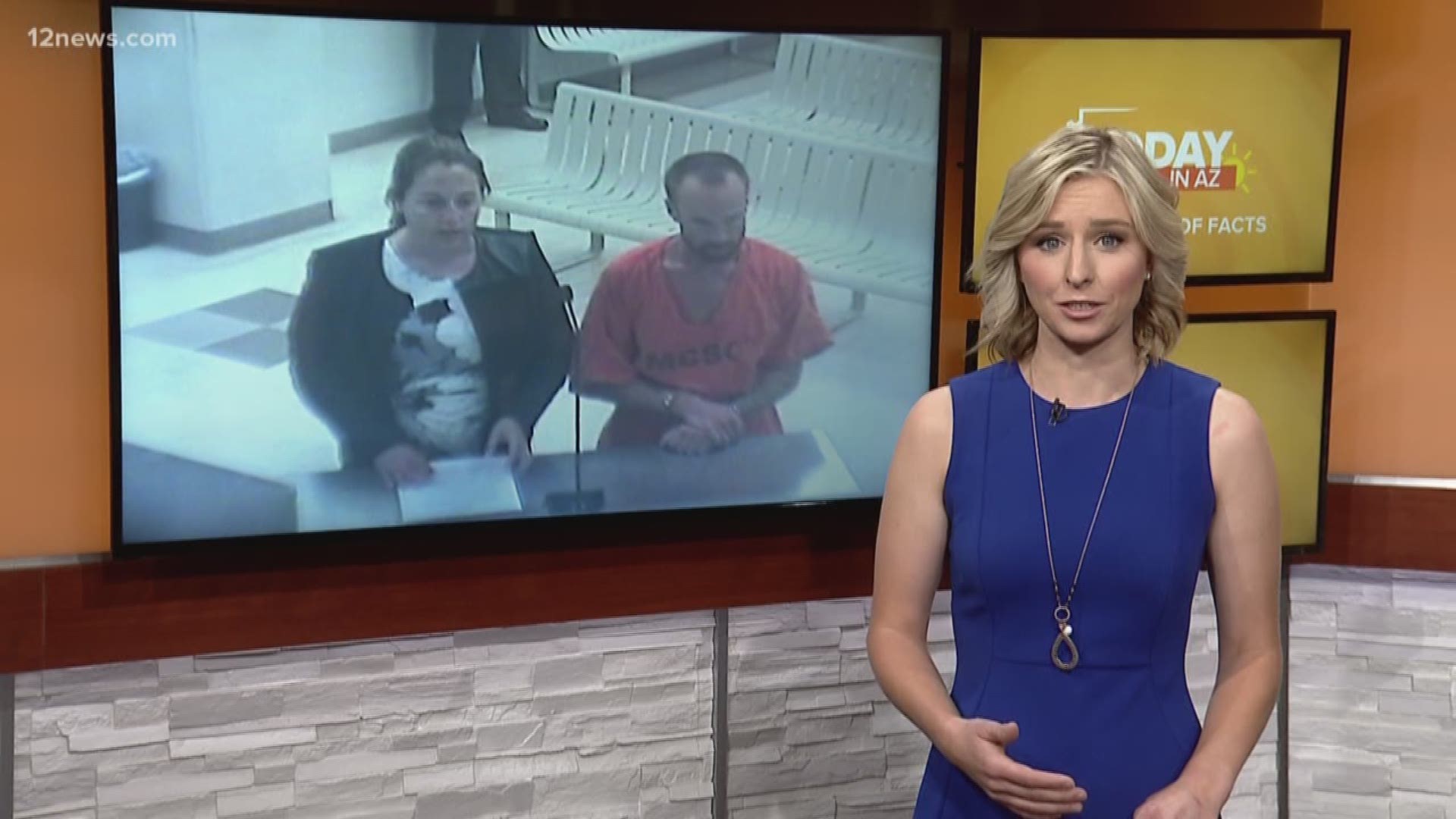 The lawyer for the man accused of stabbing and killing a 17-year-old boy at a Peoria Circle K says he's been "ill-served by the state," and wasn't provided with a way to take advantage of release terms meant to help him.

Michael Adams made his first appearance before a judge overnight Thursday after he was arrested following the stabbing at the gas station at 6735 W. Peoria Avenue. He was booked on a first-degree murder charge.

Adams' attorney said he was released from the Arizona Department of Corrections just a few days prior to the attack. She claims he wasn't given the resources to get to probation.

"He suffers from what I think are some obvious mental illnesses, he's been ill-served by the state," Adams' lawyer said. "He was let out with no ability to get to probation."

She said Adams was let out with terms that were meant to help him, but he was given "no ability to take advantage of those terms."

"I think it was a damn shame," she said.

But the state Department of Corrections said Adams was not designated as seriously mentally ill and was provided with contact information for resources in the community after he was released from prison on July 2.

"Upon release, he was provided transportation from ASPC-Yuma to Maricopa County, after which he was no longer under the Department’s legal jurisdiction and the Department had no further legal authority over him," spokesman Bill Lamoreaux said in an emailed statement.

"The tragic death is terrible, and Mr. Adams will have to answer for his alleged actions."

The stabbing happened around 1:42 a.m. Thursday. According to court documents, the 911 caller reported the victim had his throat sliced open.

Court documents showed that the nature of the call caused a large response from first responders with officers arriving at the scene within one minute of the original call.

The boy was found lying face down near a fuel pump, according to court documents. An officer saw blood from the victim "everywhere" while a witness was compressing the boy's neck.

The right side of the boy's neck had been cut open, documents said, and an officer took over rendering aid to the boy. The boy was later pronounced dead shortly after he was taken to a hospital.

Adams was found walking away from the scene, south of the Circle K. He admitted to being involved in the incident when questioned by an officer, court documents showed.

According to court documents, Adams had blood on his forearm, hand and foot. Officers found a folding pocketknife on him.

During an interview with police, Adams said the boy had been listening to rap music, which caused him to feel unsafe, according to court documents. Adams said he had been attacked before by "people who listen to rap music."

Court documents showed Adams told police that people who listen to rap music are a "threat to him and the community."

Adams said he stabbed the boy in the back before cutting his throat, according to the court documents.