Forest officials said the reopenings were attributed to increases in recent rainfall and cooler temperatures. 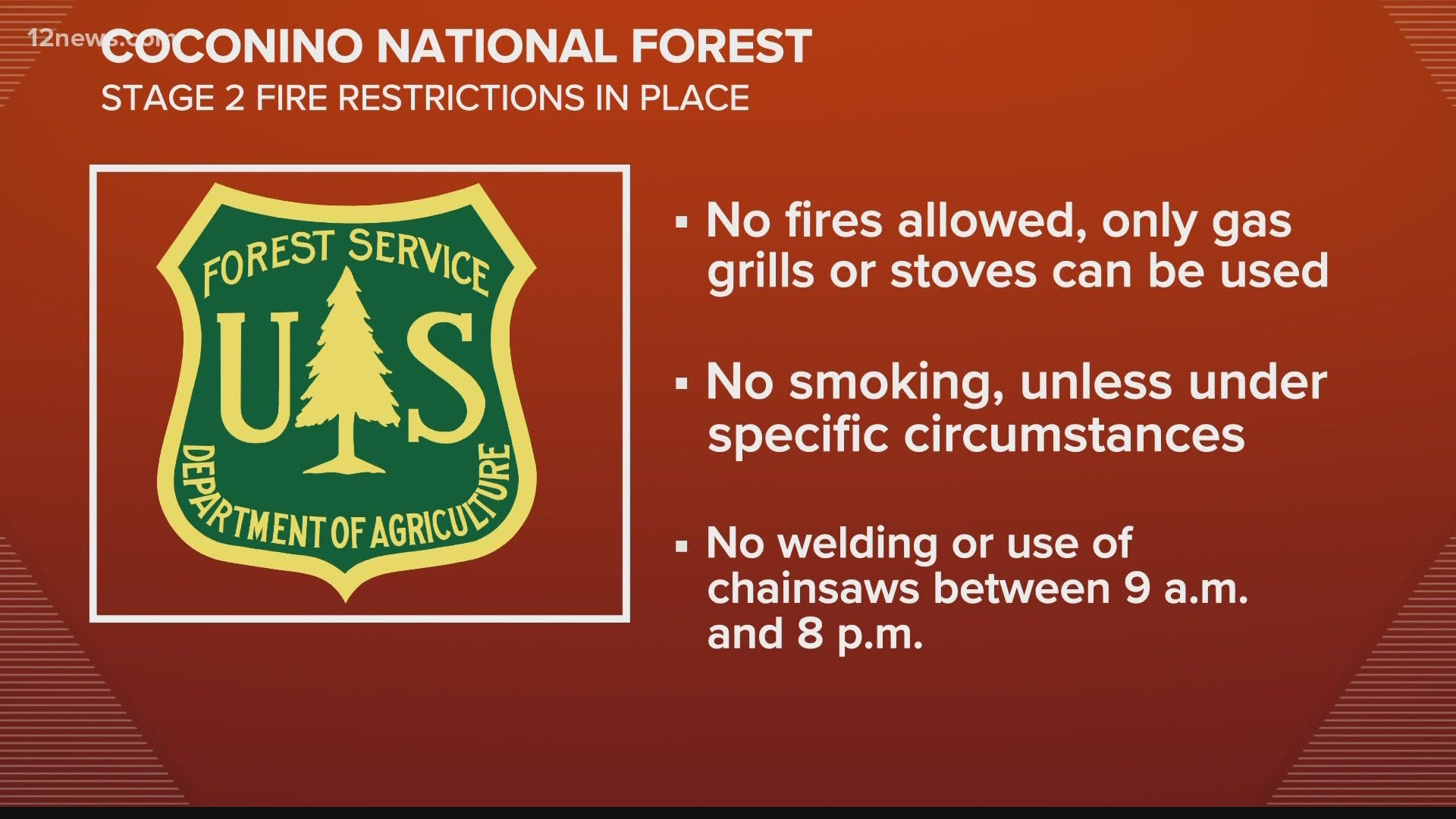 ARIZONA, USA — Both the Kaibab and Coconino national forests are reopened to the public as of Tuesday after being closed due to extreme wildfire danger, national forest officials said.

State officials said that the Tonto National Forest will end Stage 3 fire closures on Wednesday morning, but Stage 2 restrictions are still in place.

The fire danger in both forests has reduced due to recent rainfall and cooler temperatures, officials said. Fire danger is still present and the forests are reopening with fire restrictions in place.

The Stage II Fire Restrictions in place include:

Any violation of the restrictions could result in a fine of up to $5,000 and/or a prison sentence of up to six months.

Closures on State Trust Lands have also been lifted and all areas going back into Stage II restrictions with the exception of Southern Arizona. No restrictions will be implemented there.