The order on Monday by U.S. District Judge Neil Wake isn't expected to force Arizona to pay back the money from the state land trust.

PHOENIX — (AP) — A judge has ruled Gov. Doug Ducey acted illegally when he pushed a 2016 ballot measure to increase the level of K-12 education funding that could be withdrawn from Arizona's land trust without first getting approval from Congress.

But the order on Monday by U.S. District Judge Neil Wake isn't expected to force Arizona to pay back the money from the state land trust. Instead, it bars Arizona from adopting a similar tactic to boost withdrawals from the land trust in the future.

Arizona has millions of acres of trust land provided by the federal government at statehood. Under the Arizona Constitution and federal law, the land and the income it produces must be used to benefit public schools and other beneficiaries. 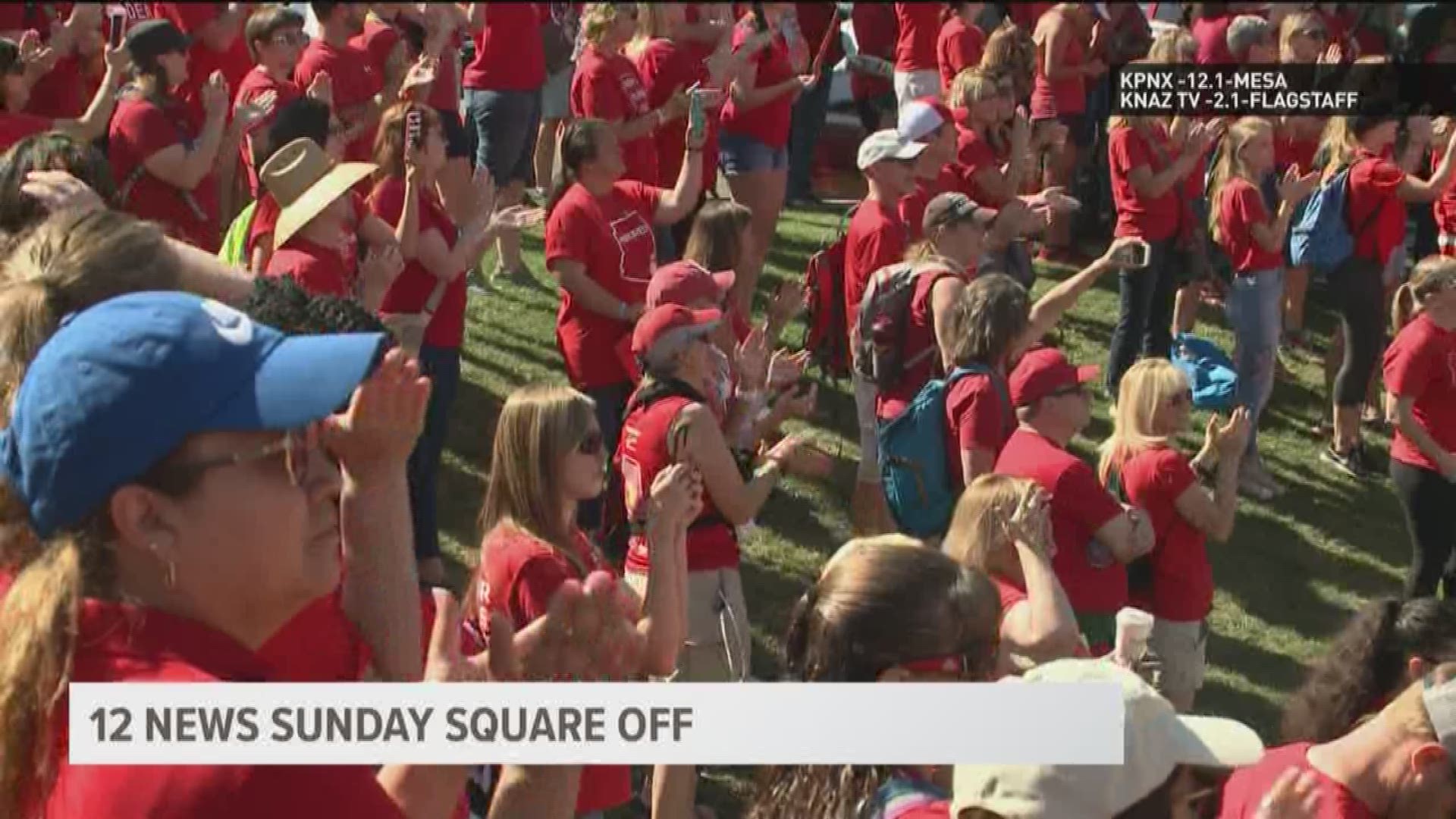 Wake said the state didn't seek congressional approval in both 2012 and 2016 when it amended its constitution to allow more money to be taken out of the trust. "The state and its officers took those monies illegally and spent them," Wake wrote.

While a March 2018 ruling by Wake had already concluded the 2016 ballot measure violated federal law, the latest ruling was aimed at preventing Ducey from pushing any future measure involving state land trust without first getting congressional approval.

The judge said the state claimed before and after a lawsuit was filed over the issue that Arizona insisted it didn't need approval from Washington.

But on eve of the 2018 ruling, the state got congressional approval, though it still claims no such consent is required.

Wake said Ducey sought congressional approval at the last minute to end the litigation and avoid an unfavorable judgment.

The judge said hundreds of millions of dollars of land trust cash used to boost school funding between the passage of the 2016 measure and the 2018 congressional approval was illegal.

Andrew Jacob, an attorney representing Michael Pierce, a retired construction worker who filed the lawsuit against Ducey, said the governor was claiming he wouldn't have to seek congressional approval in the future.

The judge wrote that if Ducey ignores the requirement of congressional approval again, he would issue an injunction against the governor.

"This is an extremely poorly-reasoned decision, ignoring legislative precedent in multiple states and well-established legal precedent for federal courts — and it will be overturned on appeal," Ptak said.

Jacob said his client didn't feel it was appropriate to try to get the state to pay back money to the state land trust. His client was more concerned about the way the state conducts itself in the future, Jacobs said.

"He was only looking forward, not looking to undo anything," Jacob said.

Wake's order said it was important to prevent the governor and Legislature from raiding the land trust in the future, noting that the 2016 measure expires in 2025.

"At that time the state will be habituated to the generous distributions from the School Land Trust to make up for decades of tax cuts and other refusal to fund current education from taxes," Wake wrote.