A judge barred cameras at the April proceeding. The focus will be the county prosecutor's relationship with a trial blogger. 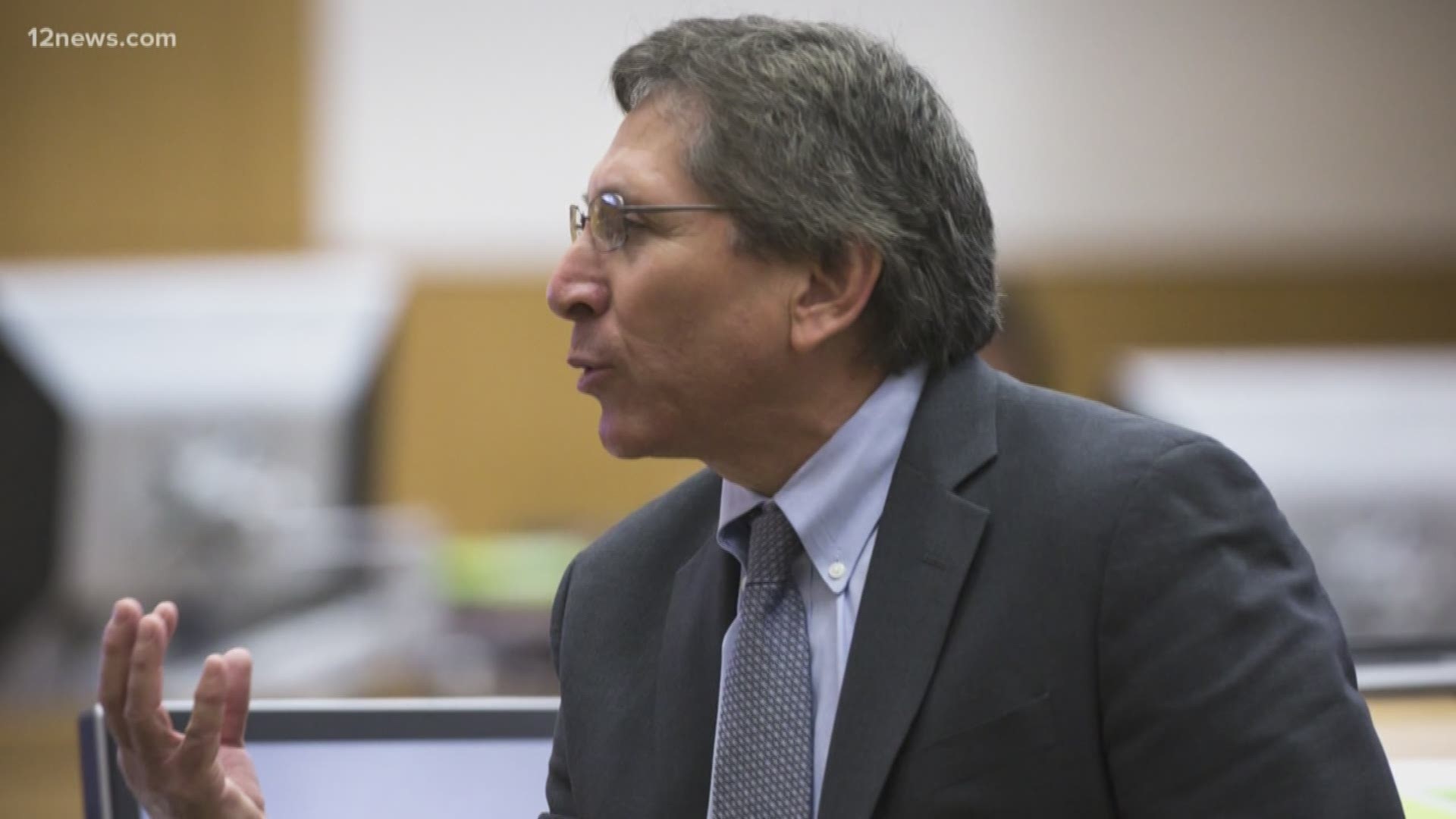 Editor's note: The above video is from a July 2019 newscast.

The setting of the new hearing date comes after the presiding disciplinary judge, William O'Neil, issued rulings in recent weeks that will bar video and audio coverage of the hearing and that seal records of a sexual harassment investigation of Martinez by the Maricopa County Attorney's Office.

Last summer, O'Neil dismissed the ethics charges against Martinez connected to that investigation.

Martinez’s ethics hearing had been scheduled for last August, but legal motions forced the delay.

The new hearing, set for April 20 to 23, will focus on the State Bar of Arizona charges alleging that Martinez:

- Lied to State Bar investigators about his sexual relationship with Wood.

- Made sexually suggestive remarks to a Maricopa County courts employee.

Attorneys for Martinez and the State Bar of Arizona will argue before a three-person disciplinary panel, which will comprise of O'Neil and two citizen members.

Martinez could face penalties that include the loss of his law license.

By agreeing to seal records of the county attorney's office investigation, O'Neil re-affirmed a request by Bill Montgomery, who was Martinez’s boss for seven years as Maricopa County attorney and now sits on the Arizona Supreme Court.

After Montgomery was picked for the Supreme Court last September, interim County Attorney Rachel Mitchell demoted Martinez, one of the office’s top homicide prosecutors, to the auto-theft bureau.

Current County Attorney Allister Adel had said she would release the records of the Martinez harassment investigation if O’Neil agreed.

Martinez, who has worked for the county attorney’s office for three decades, has been the target of several ethics complaints.

His legal defense has cost taxpayers tens of thousands of dollars.

At a December meeting, the Maricopa County Board approved paying Martinez’s lawyers $130,000 for work from July through November.

Meanwhile, there is a ruling pending by the Arizona Court of Appeals on Arias’ bid to toss out her murder conviction because of a circus atmosphere at her trial.

At the appellate hearing in October, the judges asked attorneys for the state and Arias how Martinez’s behavior may have affected the verdict.