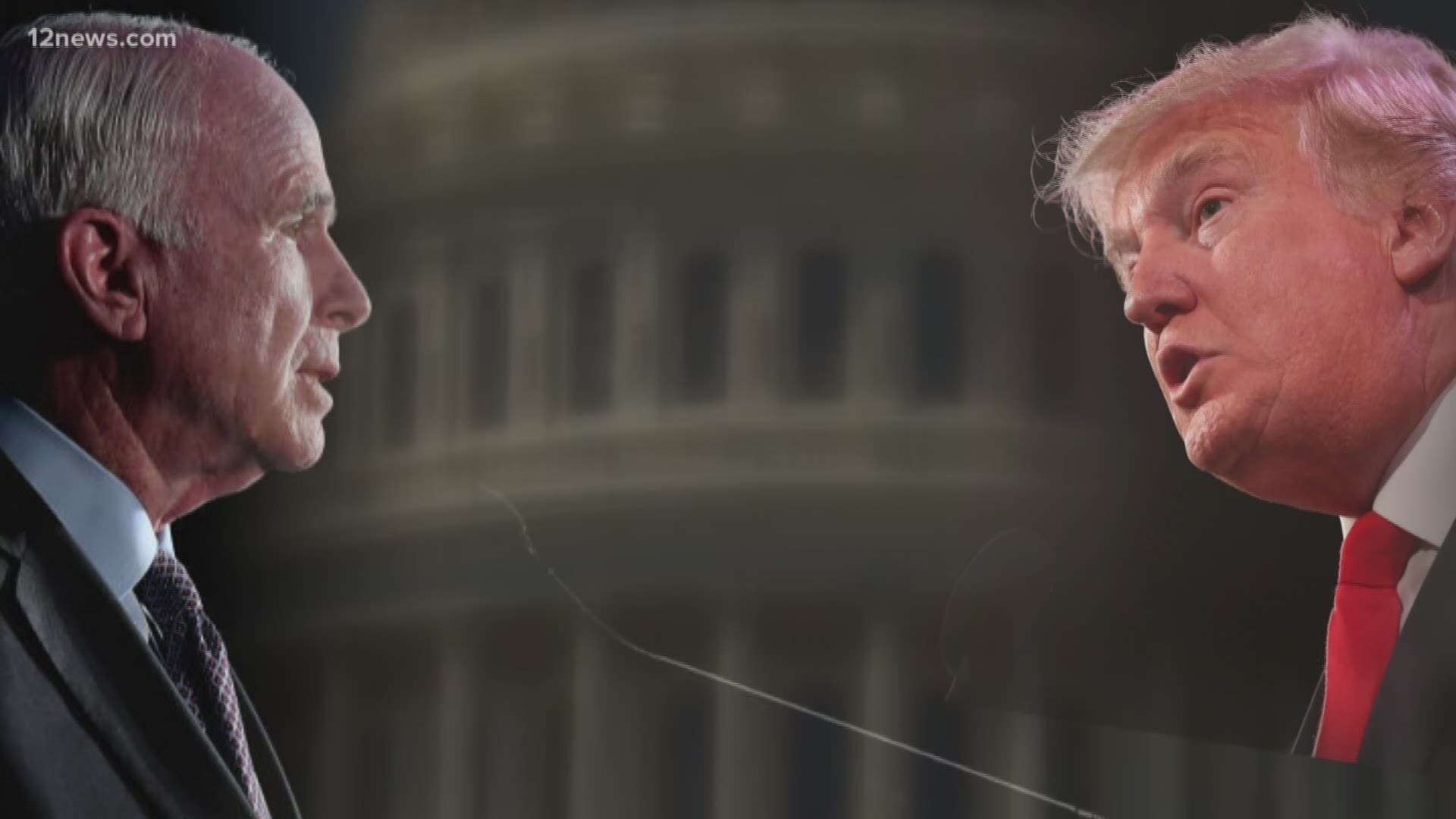 Trolling the president on his birthday? It would appear that's exactly what a popular TV producer set out to do on Twitter Friday.

Andy Lassner, an executive producer on "The Ellen Show," known for his role in the show's "Average Andy" segments, tweeted about honoring an American hero early Friday morning.

"Let’s celebrate @realDonaldTrump’s birthday today by having #JohnMcCainDay trend," he tweeted. "I’m sure this would mean a lot to [a] patriot like Donald Trump."

President Trump, a rather active user of Twitter, has had his fair share of clashes and controversy surrounding his relationship with John McCain, even after the late Arizona senator's death in August.

ALSO: 'Pathetic life': Meghan McCain fires back at Trump tweets against her father

Late last month Trump and his administration came under fire after reportedly having a warship named for McCain moved out of sight during the president's visit to Japan. The president has denied instructing the Navy to do that.

But Lassner's tweet and apparent troll job worked. Thousands of Twitter users helped spread the hashtag Friday on the president's 73rd birthday. As of this posting "#JohnMcCainDay" was the number one trending topic in Phoenix and a top trending topic worldwide.

Lassner appeared to be thankful for his nearly 400,000 Twitter followers that helped his message go viral.

"Y’all never, ever disappoint," he tweeted.

At the time of this posting, President Trump had not tweeted anything referencing the topic.