A photo of a jaguar captured on a trail camera in southeast Arizona. Dec. 1, 2016. (Photo: Arizona Game &amp; Fish)

Scientists at the Arizona Game and Fish Department have confirmed that the jaguar recently photographed in southeastern Arizona is brand new to the area.

Scientists at the Arizona Game and Fish Department have confirmed that a jaguar recently photographed in southeastern Arizona is brand new to the area.

“Five scientists from the department independently examined the photos from the new sighting with those from previous jaguars in Arizona to compare spot patterns and concluded that this animal has not been sighted in previously in the state,” Jim deVos, assistant director for Wildlife Management at Arizona Game and Fish, said in a news release.

A Fort Huachuca trail camera in the Huachuca Mountains near Sierra Vista captured a photo of the jaguar in early December -- prompting questions of whether the cat was new to the area or a returning visitor.

Prior to the new cat being confirmed, the most recent sighting of a jaguar in Arizona was in the Santa Rita Mountains.

That jaguar, known as "El Jefe," was first seen in November of 2011 and had been photographed many times over a three-year period.

According to a release, he hasn't been seen in the state since September 2015. 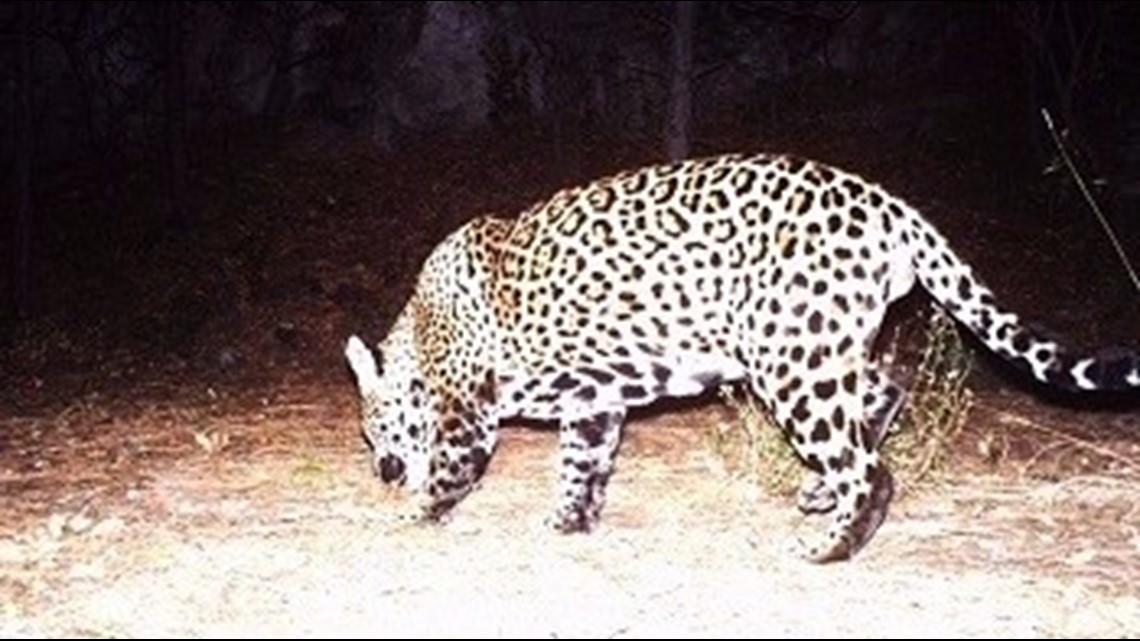 “While recognizing the importance of finding a new jaguar in Arizona, it is also important to point out that this animal, like all other jaguars observed in Arizona in at least 50 years, is a solitary male and that the closest breeding population of this species is about 130 miles south of the International Border,” deVos said.

Meaning, it’s been many years since a female jaguar has trekked her way up to Arizona.

READ MORE: Jaguars have a long history with Arizona

“Jaguars are a unique component of this state’s wildlife diversity and it is exciting to document a new visitor. However, in the absence of female jaguars and with the irregularity with which we document any jaguar presence in Arizona, this sighting in early December is important, but not an indicator of an establishing population in the state,” deVos said.