Jaguar in Saturday's attack has attacked before

A jaguar involved in an attack on a woman who crossed a barrier for a selfie has attacked before. 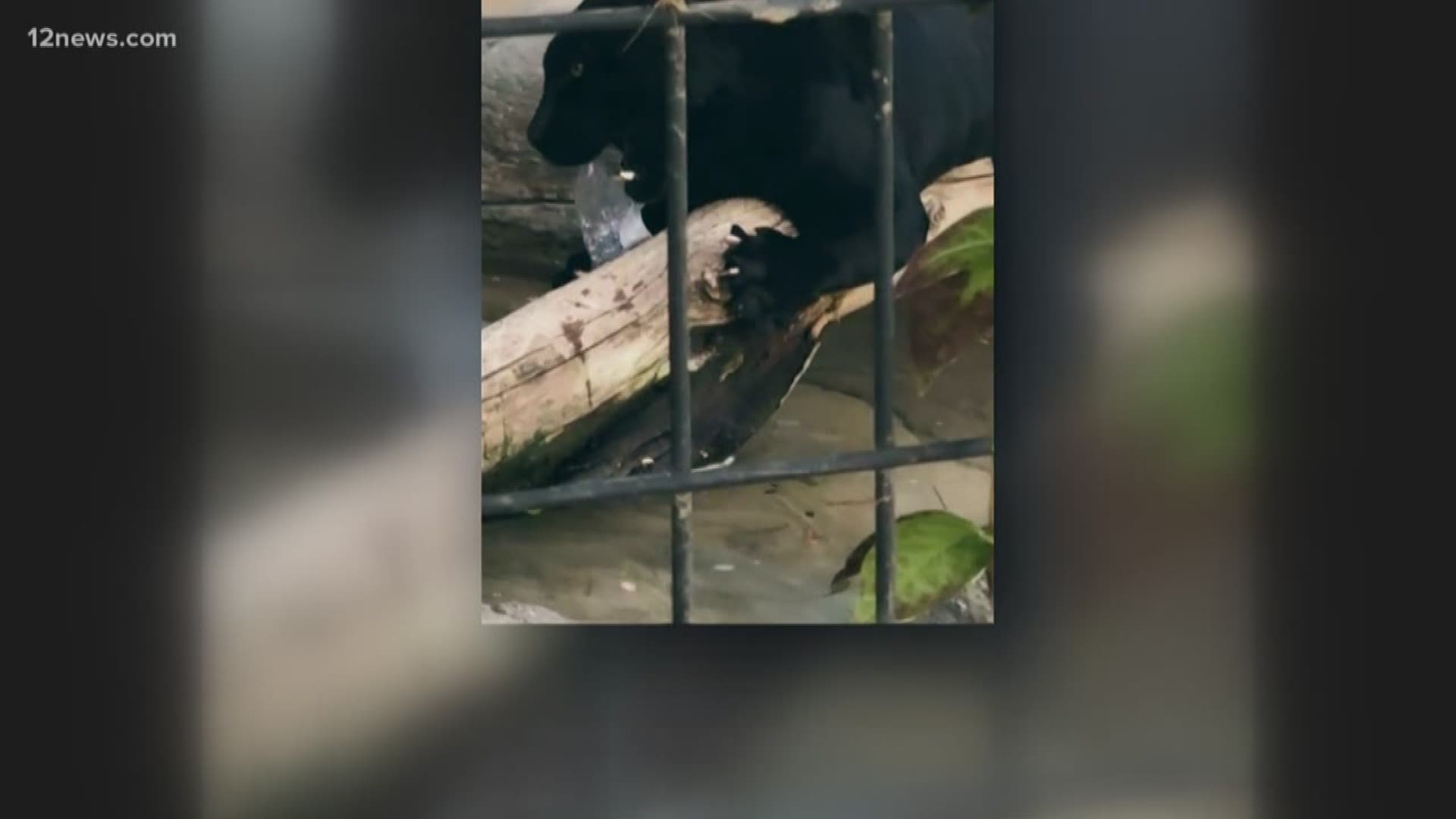 PHOENIX — A jaguar that attacked a woman who crossed a barrier for a selfie has attacked others before.

The attack happened at the Wildlife World Zoo on Saturday as the unidentified woman tried to take a picture in front of the jaguar pen, officials said. She suffered cuts to her hand and arm when the jaguar reached through the cage.

12 News has learned a similar attack happened in November of 2018 to a former zookeeper.

Morgan Johnson said she was moving the jaguar, named Sarah, to another pen when it attacked a coworker through the cage.

"Sarah grabbed her with her paw and I went over to help her get loose and I ended up getting attacked," Johnson said. "She got me on my hand, my forearms, my wrists, and I had to be hospitalized and have surgery."

The state department of occupational safety confirmed to 12 News the case was handled administratively and the zoo was asked to "abate the issue."

Wildlife World Zoo said the jaguar has been removed from public display but will not be euthanized.