A ruling from Arizona's Court of Appeals would make marijuana edibles, drinks, and oils illegal - even with a medical card. 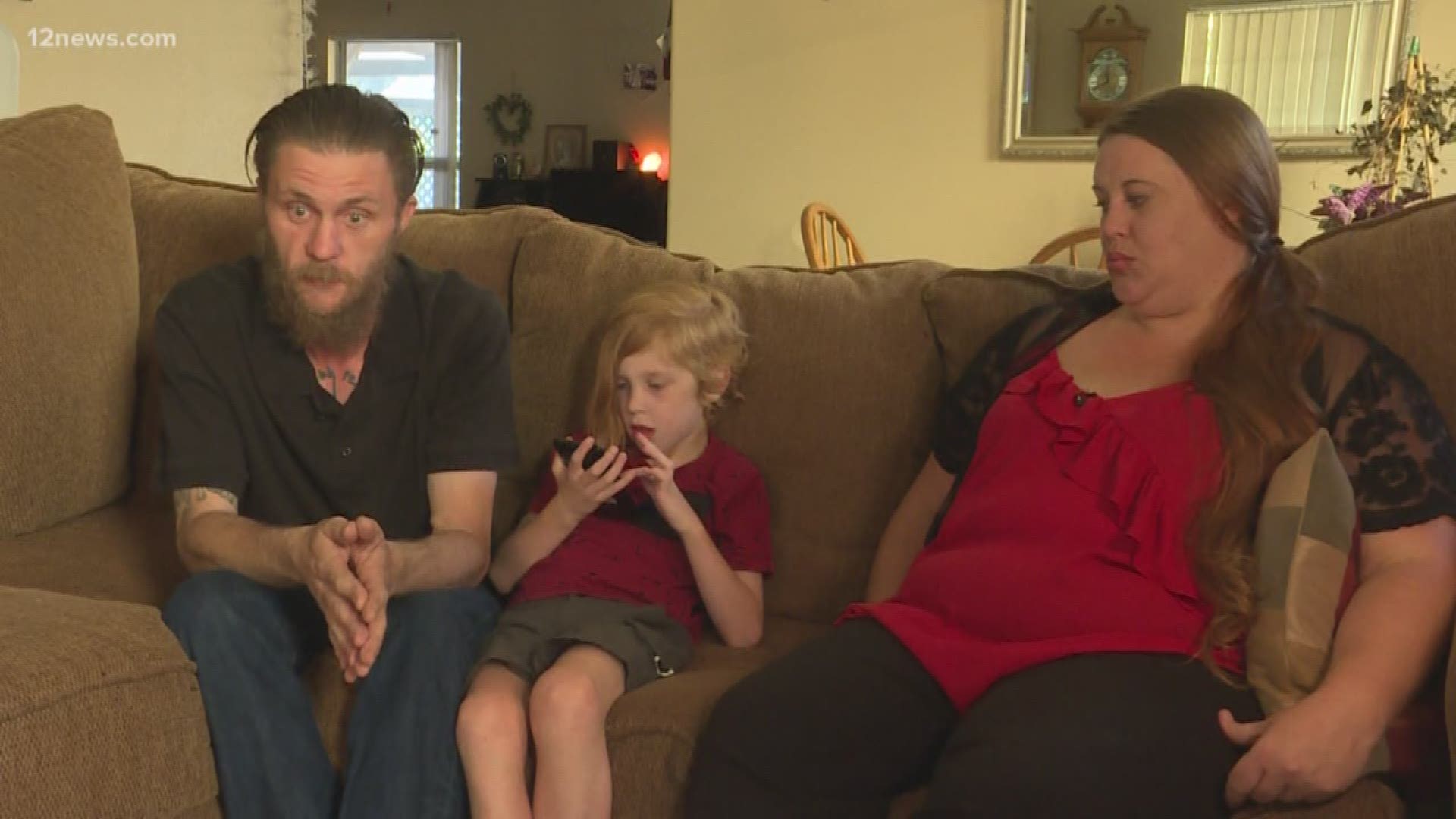 Arizona’s medical marijuana community is on edge following a controversial ruling by the Arizona Court of Appeals.

Considering a 2013 Prescott case, the court ruled Tuesday that hashish—a marijuana extract—is not allowed as part of the state’s medical marijuana law.

The extract is the primary ingredient in many marijuana products, including those used by children.

8-year-old Logan Simpson's parents told 12 News that if the decision stands, their family will move out of Arizona, because marijuana has been revolutionary for their young son.

“It was life-changing. We had a completely different life after it,” said Logan's father Shaun Simpson. “It’s keeping him alive."

“It is terrifying watching your child try to harm themselves and constantly attack you,” said Brandy Williams, Logan's mother.

His parents say the anti-psychotic and steroid drugs prescribed to Logan made him even more aggressive. However, when they turned to cannabis oil—medical marijuana—his entire world changed.

“All the pharmaceuticals just had negative effects a mile long. And he got him on cannabis and it’s like we got our son back," said Simpson.

But that medicine is illegal, at least according to a new ruling by the Arizona Court of Appeals.

The judges decided only the plant itself is legal under the state’s medical marijuana laws—like what you’d smoke in a joint.

The plant’s resin, however, was deemed illegal. The resin is used in edibles, drinks, and oils like you’d smoke in a vape pen.

It all boils down to language in the law, which advocates say isn’t what voters approved.

“If people can’t get access to this, about 40 percent of the medicine that people take through the program becomes unavailable ... this is a real health crisis for tens of thousands of Arizonans,” said Mikel Weisser, the executive director of the Arizona Chamber of the National Organization to Reform Marijuana Laws (NORML).

The Arizona Department of Health Services, which oversees the state’s medical marijuana program, says it’s reviewing the ruling and isn’t making any changes yet.

If they do, it would have a major effect on the state’s roughly $450 million pot industry.

Not to mention patients who can’t use it, like 8-year-old Logan.

“Whether the policymakers that are in Arizona see cannabis as a medicine or not, I can’t see it as anything but a medicine, because of what it’s done for my son,” said Williams

This case was brought by the Yavapai County Attorney, who was unavailable to comment.

Defense attorneys say they plan to appeal to the state Supreme Court, who will likely have the final say.