The synthetic opioid first surfaced in Yavapai County in 2016. Now, this year alone four teens have died from the drug. 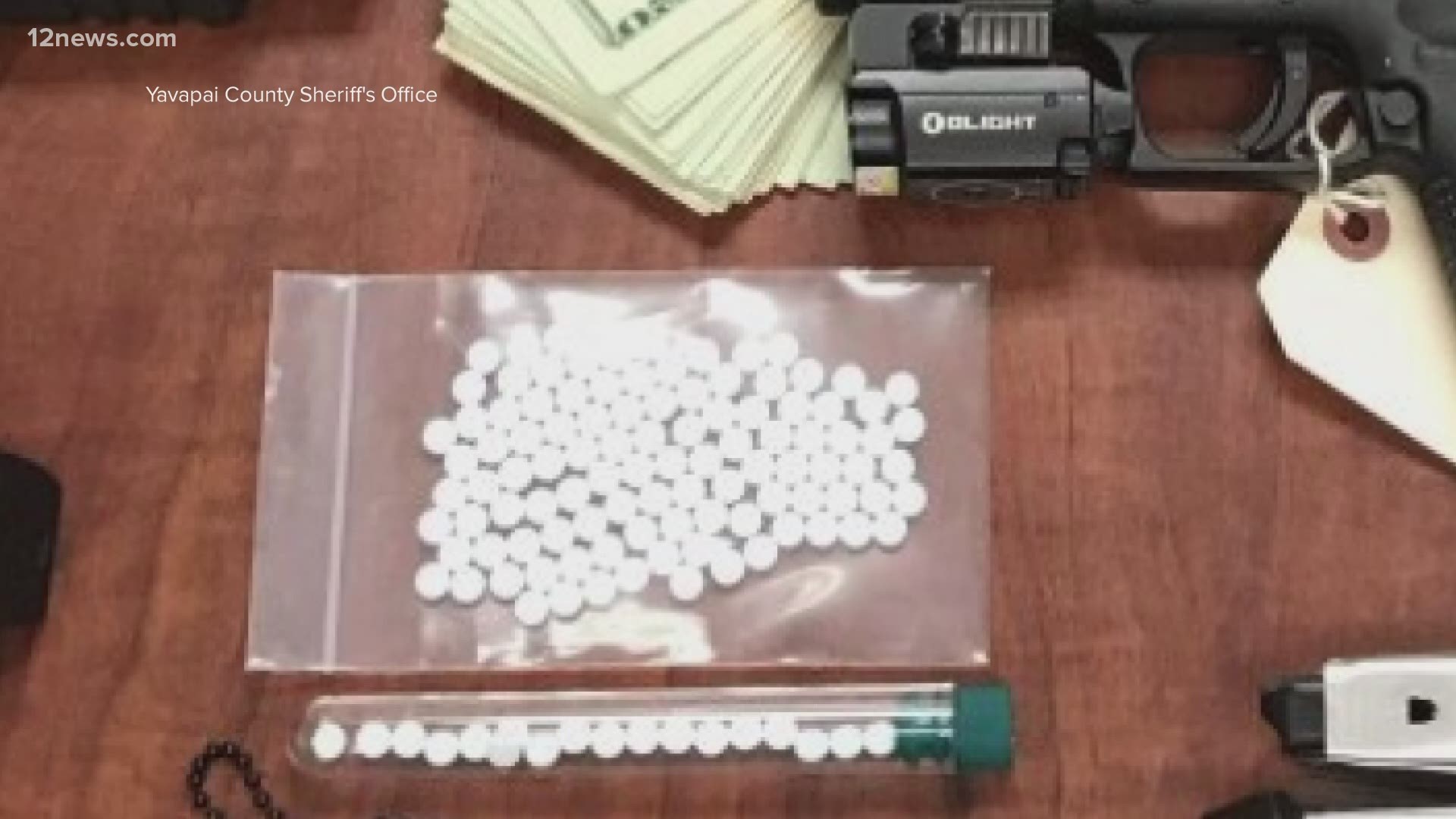 This year alone, the Yavapai County Medical Examiner said four teens have died from the drug.

“We have seen an influx of fentanyl, it’s honestly scared us,” Sgt. Jarrod Winfrey, with the Partners Against Narcotics Trafficking task force, or PANT, said.

Winfrey has been with the task force for 11 years. He said fentanyl first came to Yavapai County streets in 2016 was believed to be brought in from Mexico.

Over the past four years it’s been bust after bust, finding new varieties in new forms.

Winfrey added users are now taking more than they ever did before.

“The quantity that people are getting is just a fatal dose and they’re not even able to be able to get reversed with naloxone or Narcan right now,” Winfrey said.

The biggest challenge facing law enforcement is dealers are moving around and using different names.

“A lot of times until there’s a fatality the kids want to protect each other,” Winfrey said.

In light of the teen deaths this year, Winfrey said that tide is changing.

“The kids are sick of it and they are flooding us with tips,” Winfrey said.

Now, PANT detectives are continuing to track down leads not wanting to see another life lost to the powerful drug.