82 law enforcement agencies across Arizona will have DUI patrols out on the streets to keep people safe this Halloween. 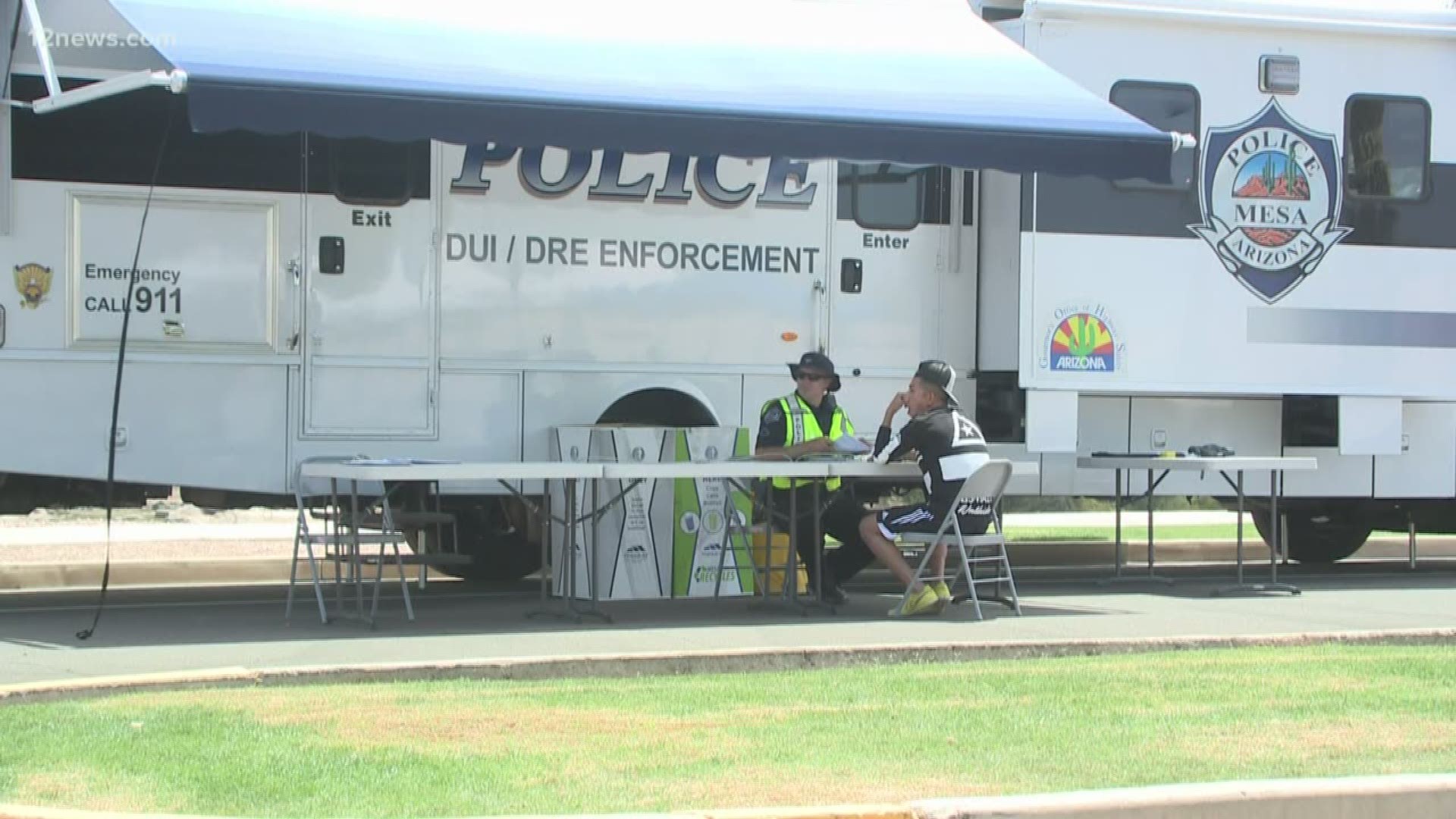 PHOENIX — Police are planning on increasing patrols to put a stop to drunk driving on Halloween.

Eighty-two law enforcement agencies will be out in full force monitoring the streets to ensure both adults and children have a safe holiday. We spoke to Alberto Gutier with the Governor's Office of Highway Safety, and he said the objective year in and year out is everyone's safety.

"A lot of older people, who are not little kids like the ones who are coming to get candy, are going to be out there drinking. Nothing wrong with drinking, but get an Uber, Lyft and other ways to do it. Get a driver, don't drive," Gutier said.

He said there can be a lot of distractions on the streets and it's important to think about those ahead of the holiday in order to stay protected for both drivers and pedestrians.

"People have got to pay attention not only on main streets. We've seen horrendous things happen to pedestrians and bicyclists, but also on side streets as well," he told 12 News.

It's a good reminder to be cautious when driving around neighborhoods. And Gutier said whatever you do, do not drink and drive.

RELATED: Law enforcement statewide can get warrants to draw blood from DUI suspects in the field

"There will be a big detail on Thursday night of course, in Tempe and also the West Valley and all over the state," he said.

Just last year, police arrested 364 people for DUI. That's just a fraction of the drivers officers made contact with, Gutier said. Obey the law and plan ahead.

"Take your time, OK? If you're going to get some place, figure out how long it's going to take you to get from Point A to Point B and slow down," he said.

Above all else, please watch for kids.

"People are not used to seeing children crossing back and forth, so pay attention. Make sure that when you're driving you pay attention to those little things you don't expect when you're in the neighborhood," he added.