Most of the rain will be seen closest to the Arizona/Mexico border at the end of the workweek. 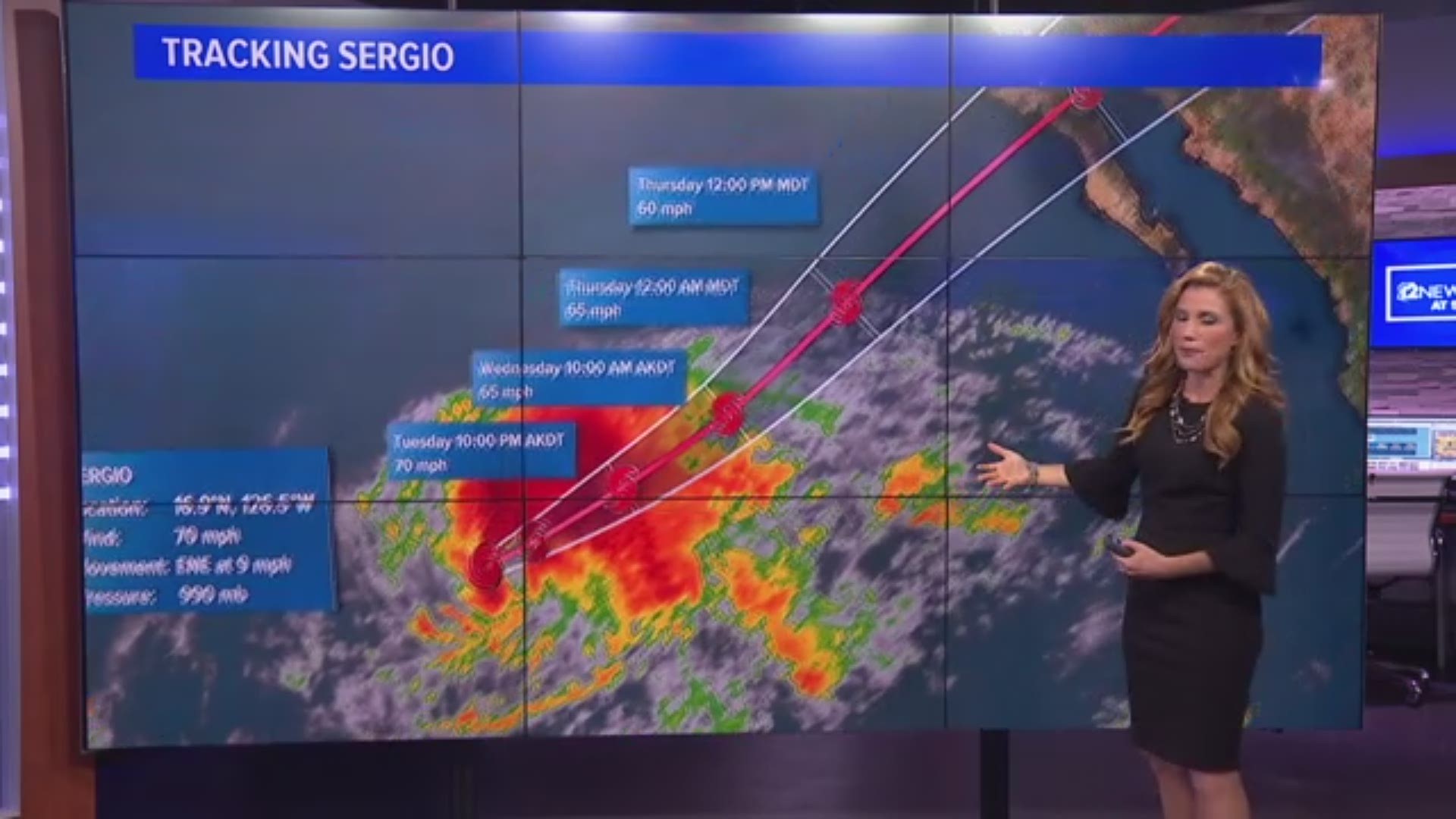 A week after Rosa flooded the Phoenix area with heavy rain, Arizona will be getting a slight rain boost from another decaying tropical storm.

The remnants of Hurricane Sergio will move across northwest Mexico later this week and miss Arizona for the most part, according to the National Weather Service in Phoenix.

12 News Meteorologist Lindsay Riley says the highest rain totals will be seen closest to the Arizona/Mexico border on Friday and Saturday. There is also the possibility for scattered lighter showers in central and western Arizona.

An approaching low pressure system will tap into moisture from the remnants of Hurricane Sergio, resulting in periods of rainfall from Thursday night through Saturday. The highest rain totals are expected across southeastern Arizona. #azwx pic.twitter.com/hhslYSU2WM

Don’t expect Rosa levels of rain in the Valley at the end of the workweek, however. NWS said Sergio will basically be a non-event for the Phoenix area.

According to NWS, a couple of weather disturbances to the north could also bring isolated to scattered showers to the Phoenix area Thursday. Meteorologists estimate that a tenth of an inch or less of rain will fall.

NWS said a few showers could persist through the weekend and into early next week, but most of the time will be dry.