How to tell the difference between a rattlesnake and gopher snake

Both snakes are a similar color and both are common in Arizona, yet only one is venomous. 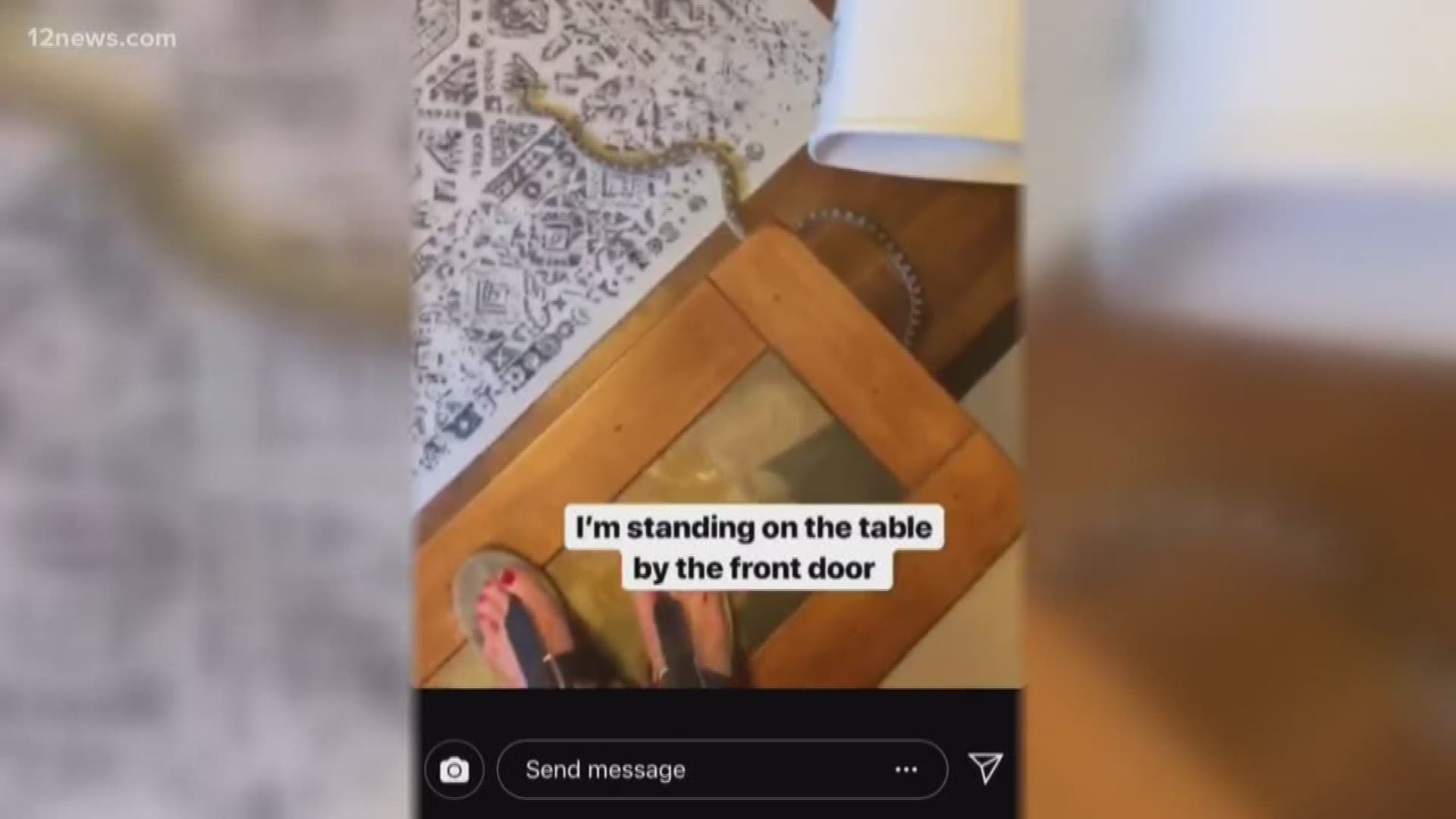 PHOENIX — 'Tis the season for rattlesnake sightings in Arizona! It's also a season many people wonder if the snake they see is actually a rattlesnake, or simply a harmless gopher snake.

The two reptiles have similar patterns and colors, but only one can inflict a harmful bite.

"Very easy to confuse a gopher snake and a rattlesnake, it's an understandable mistake," Kevin Tew with the Phoenix Herpetological Society says.

Obviously, the biggest difference between the two snakes is the rattle, but rattlesnakes can actually lose their rattle for a myriad of reasons—meaning you can't bank on seeing or hearing a rattle before coming dangerously close to one of these venomous reptiles.

"Even if a rattlesnake is missing its rattle, its tail is going to end in a blunt point, not a sharp point like this [gopher] snake," Tew said.

So, rattlesnakes have a blunt or flat ending to their tail and a gopher snake's tail ends in a point.

Another distinct difference is in the snake's head.

Gopher snakes have a flatter shape to their head that blends more into its body.

If you do come across ANY type of snake in or around your home, call the Phoenix Herpetological Society at 480-513-4377. Tew says someone will come out to your home and remove the snake.

RELATED: If you're bitten by a rattlesnake, here's what to do (and not do)