The Horse Fire has burned 9,537 acres with 74% containment as of Monday morning. Residents have been allowed back in their homes. 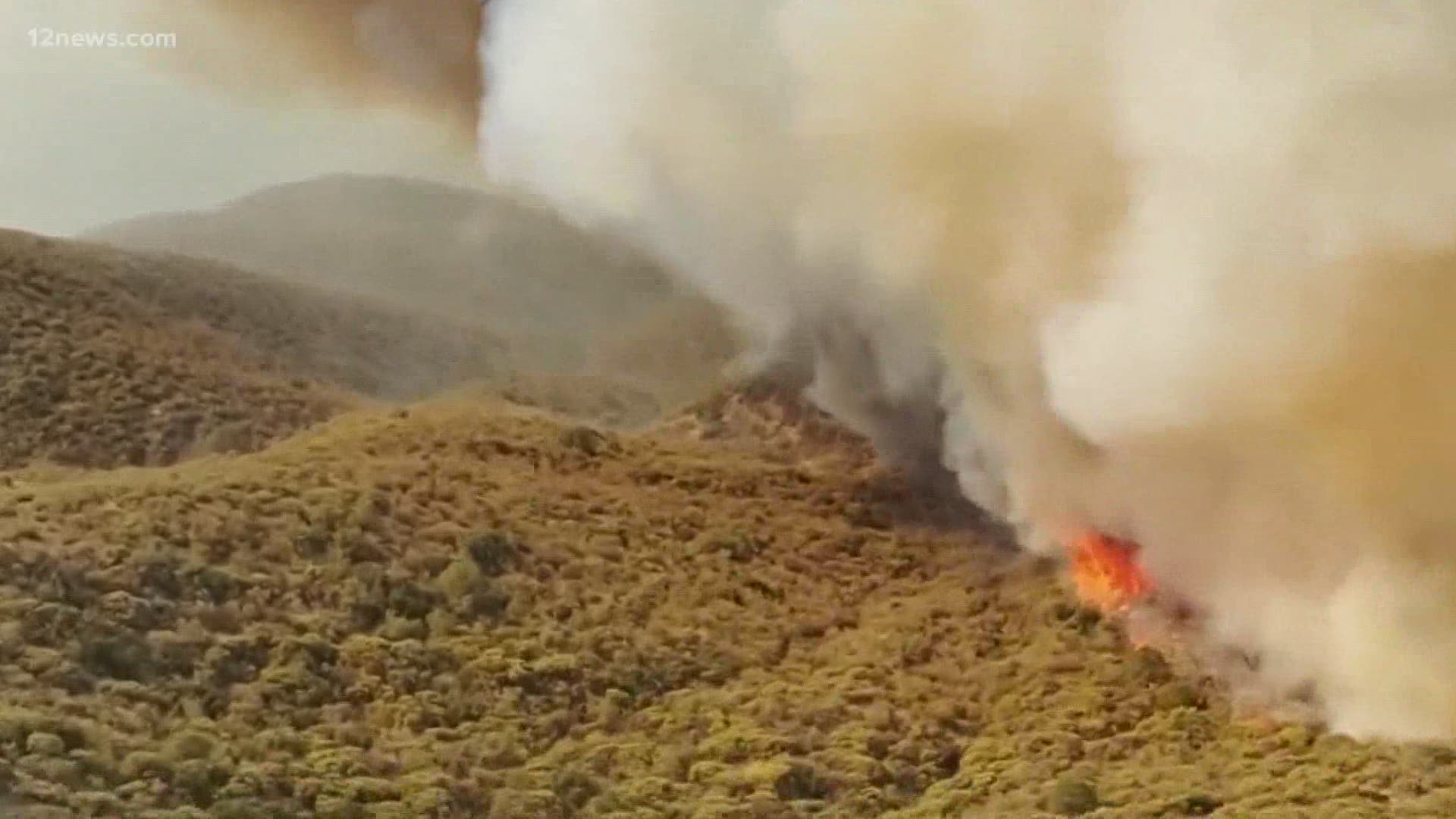 PHOENIX — Firefighters will continue to monitor the Horse Fire burning in the Prescott National Forest after residents in nearby communities were allowed to go back into their homes.

Forest officials said Monday that the fire has burned 9,537 acres with 74% containment.

The cause of the fire was human-caused, but it is under investigation.

Crown King residents who were evacuated due to the spread of the Horse Fire were allowed to return home, the Yavapai County Sheriff's Office announced.

The evacuations for residents of Crown King and adjacent communities will no longer be under an evacuation order and may return home. Proof of residency was required.

The Prescott National Forest assumed command of the Horse Fire around 9 p.m. Sunday.

Residents and members of the public are still asked to stay out of the area, as post-fire hazards still exist.

A wildfire in October is unusual for Arizona, as fire season is usually over by now.

But fire officials said this fire season could stretch well into winter because of an almost non-existent monsoon season and unusually warm temperatures and low humidity.

"I’ve never seen a large fire on this forest this time of year and I’ve been here 20 years.”

The Horse Fire first sparked around noon on Oct. 15.

It is currently burning seven miles northwest of Crown King and 18 miles south of Prescott.

The fire is burning through juniper, chaparral and timber.

No structures have been damaged or destroyed.