Here's when and where you can expect the heaviest snow, rain from Arizona's big winter storm 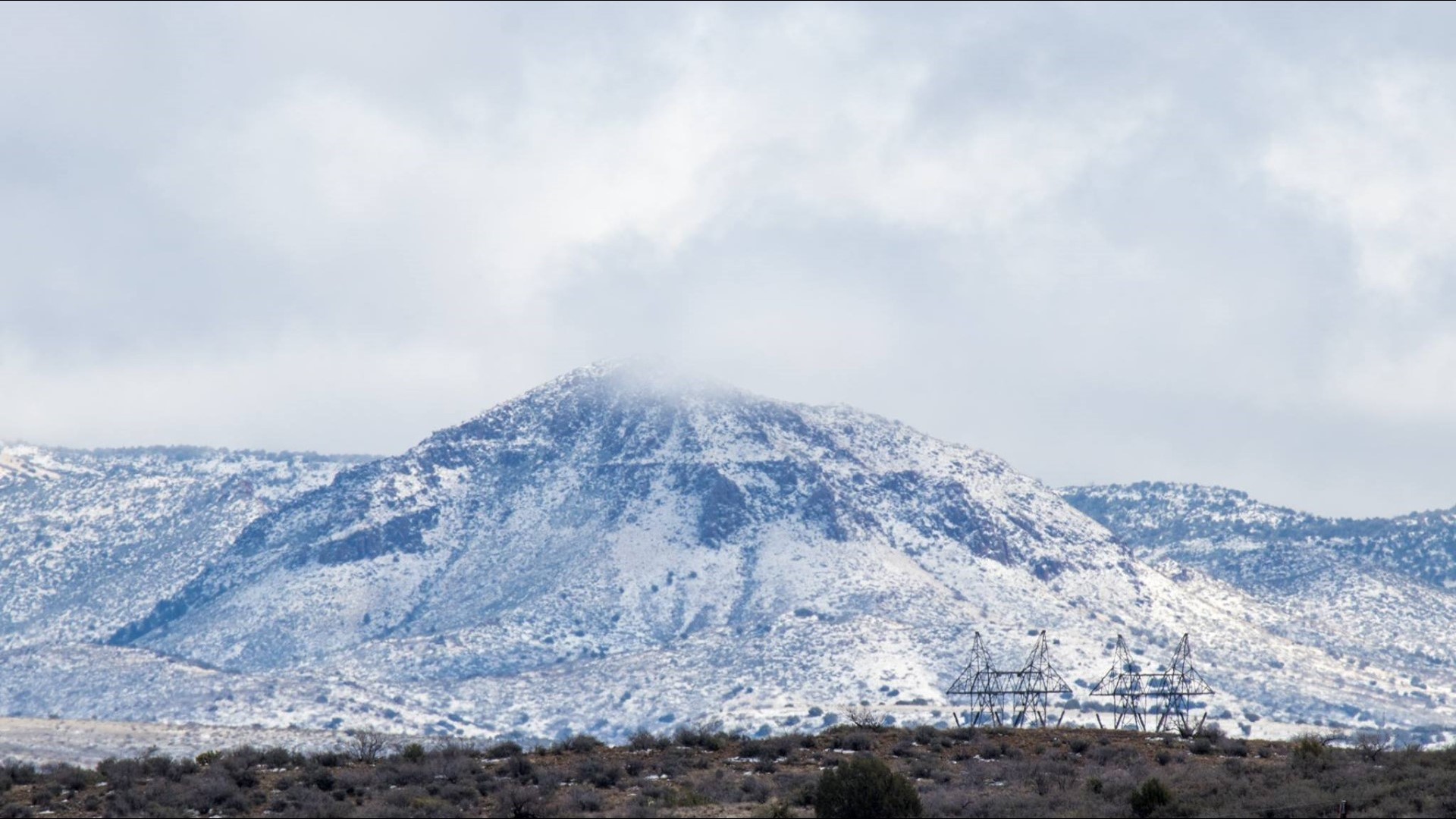 PHOENIX — People across the state of Arizona are getting ready for what could be the biggest winter storm of the season.

All week weather officials have been warning against traveling with snowfall expected to be measured in feet across northern Arizona. Phoenix could even see over an inch of rain.

RELATED: Arizona braces for what could be the biggest winter storm of the season

Our very own Jimmy Q has said it might just be the biggest storm he's seen in his 11 years at 12 News.

Forecast models show the storm will be parked over Arizona for two days.

LIST: Cancellations, school closures due to the Arizona winter storm

So when can we expect snow and rain in Arizona?

This storm will start moving into the state late Wednesday with precipitation spreading across northern Arizona, according to the National Weather Service Flagstaff.

US National Weather Service Flagstaff Arizona
Here is a preliminary snow forecast for the next storm system. Another winter storm, even larger than the current one impacting northern Arizona, will bring what is likely to be the biggest snowfall...

At 9 p.m., snow will start to pop up around Flagstaff. Rain will mostly stick to the west in places like Parker and Lake Havasu at this time. Kingman will have a cutoff between rain and snow.

By 3:30 a.m. Thursday, the heavier stuff will start to move into the High Country. Rain in Phoenix is expected to be light showers at this time, which could mean a morning commute that's not bad.

From Thursday into Friday is where the heaviest stuff will start to fall, both snow in northern Arizona and rain in the Valley.

Forecast models show heavy rain in the Valley by 2:30 p.m.

Snow and rain are expected to fall all day on Thursday. Snow levels will be between 3,000 to 4,000 feet.

A winter storm warning is in effect for areas of southeast Arizona starting at 5 a.m. Thursday to 5 p.m. Friday.

The snow and rain are expected to last through most of Friday. The winter storm warning above 3,000 ends at 5 p.m. Friday.

But from midday Friday to early Saturday NWS Flagstaff says the snow showers in northern Arizona will slowly diminish. The same will be true with rain in Phoenix.

By 7 a.m. Saturday, current forecast models show the storm that had been parked over the state for two days will have moved out of Arizona.

Weather officials have said this storm is expected to bring the greatest snowfall totals to northern Arizona since January 2017.

Flagstaff is expected to up to 25 inches of snow. Sedona could see up to 16 inches while Prescott may see up to two feet and Show Low up to 26 inches.

Payson appears to be right in the middle of the heaviest stuff. The town could see close to three feet of snow with this storm.

Rain totals in the Valley won't be quite as high. Rainfall could reach up to 1.5 inches across the Phoenix area.

Places in southeastern Arizona like Bisbee could see up to two feet of snow. Areas above 7,000 feet may even see more than three feet of snow.