It's a partial shutdown, but even a partial government shutdown impacts two agencies essential to Arizona: Homeland Security and the National Park Service. 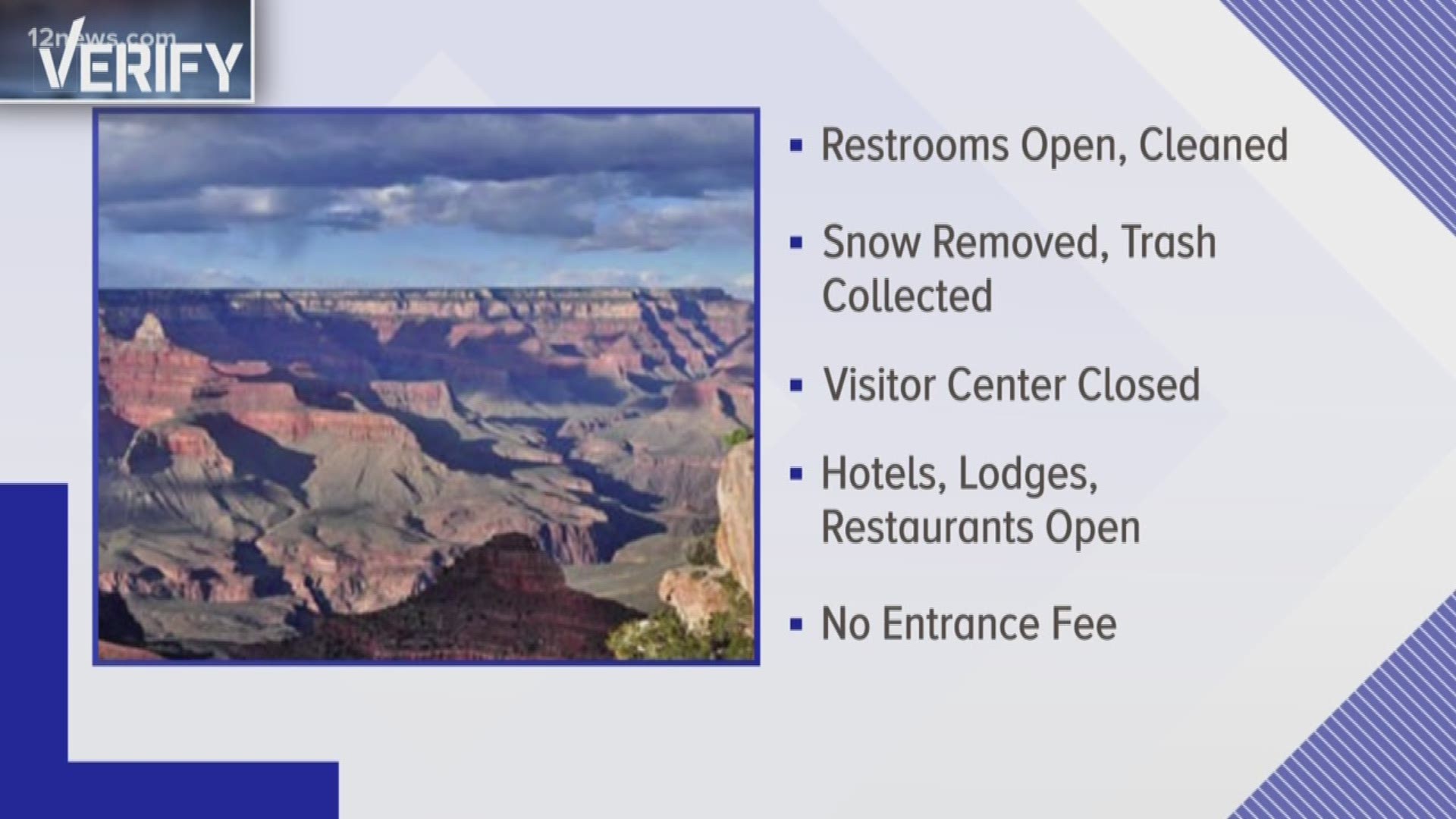 With a federal government shutdown officially underway, the question is, how will it affect Arizona?

It's a partial shutdown, but even a partial government shutdown impacts two agencies essential to Arizona: Homeland Security and the National Park Service.

If you had plans to go to the Grand Canyon National Park Gov. Doug Ducey tweeted to "keep em!"

"Washington may not know how to work together, but Arizona does," Ducey tweeted.

The Grand Canyon National Park is Arizona's largest tourist attraction, bringing in five to 10,000 visitors a day even in the winter.

Arizona governors, like Ducey, have a long history of defending the Grand Canyon during a shutdown.

During last January's shutdown, Ducey also tweeted the park was opened after he wrote a $190,000 check. A Ducey spokeswoman says Arizona got that money back.

Ducey then created the Grand Canyon Protection Plan, a cash pipeline to Washington to keep the gates open at the park.

So for the second time this year, Ducey is spending state money, $64,000, to keep the Grand Canyon open.

That money will keep the restrooms open and cleaned for a week. Snow will be removed and trash will be collected.

The visitor center will be closed but hotels, lodges and restaurants will be open.

The park will also be a bargain during the shutdown as there won't be any workers to collect the $35 entrance fee.

What else is open?

The mail, air travel and social security checks will not be affected by the government shutdown.

RELATED: Here's what will and won't close during the government shutdown

Park roads and trails at the Saguaro National Park will remain open to visitors, according to officials. But use caution as emergency and rescue services will be limited.

There will also be no NPS-provided services to visitors such as public information, restrooms, trash collection, and facilities or roads maintenance. The visitor centers will be closed.

What's shutdown during the shutdown?

National Park Service employees who collect fees at some Arizona parks and handle other tasks will be furloughed without pay during the shutdown.

Both the Petrified Forest National Park and Casa Grande Ruins National Monument in Arizona will be closed. Officials said the closures were "for the safety of visitors and park resources."

The other major impact in Arizona, ironically, the Department of Homeland Security would be shutdown.

But the border will not be abandoned. Border Patrol agents, ICE agents and airport screeners would stay on the job because they're considered essential employees. They just wouldn't get paid until the shutdown ended.

Members of Congress will continue to collect their paychecks during the shutdown.