Hemp tends to grow best in hot, dry climates. And now that some growers have the required licenses, they're giving hemp farming a try in Arizona. 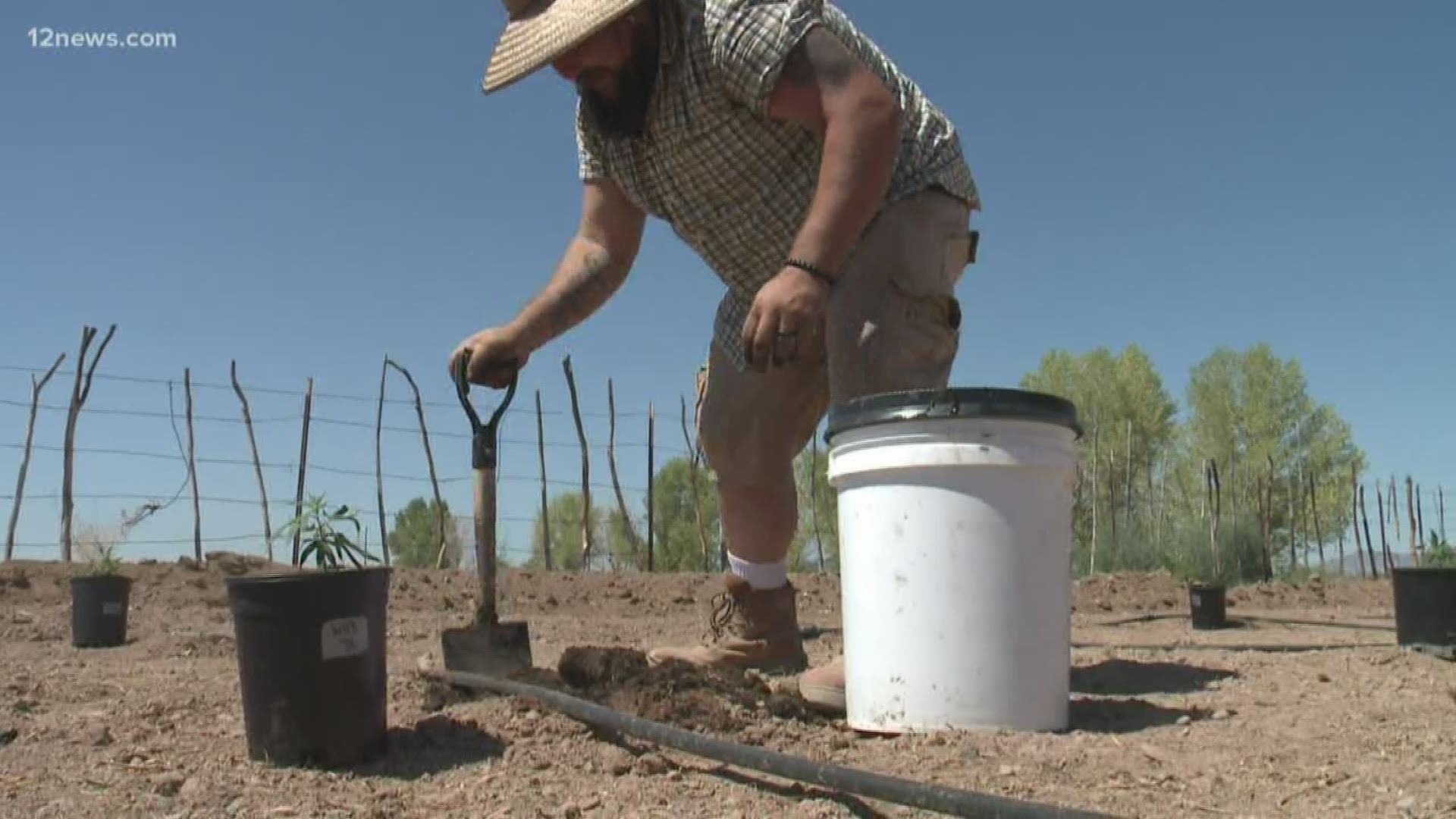 TONOPAH, Ariz — What was once an illegal narcotic across the country is now a major cash crop in Arizona.

However, the Arizona Farm Bureau says major growers are being extremely cautious about it as others show how they’re preparing to cash in on it.

“They’ve always said, if you love what you’re doing, it’s not actually work,” said Lucas Johnson as he planted one of about 500 pre-grown hemp plants out in Tonopah, Arizona.

“I relocated down here to Arizona with the hopes that this hemp thing, you know, would take off,” said Johnson. He’s a cannabis cultivator for Skunkworks Hemp.

Johnson and his partner George Buckler have one of more than 150 licenses the Arizona Farm Bureau has approved to grow hemp in Arizona.

“Arizona is, I think, going to be prime, one of the best places in North America to grow hemp,“ said Buckler.

They're starting off with just a few acres of land. First, they're testing how the plants can best survive in the heat.

“Every single test that you can figure out on how hemp is going to respond dead smack in the middle of summer Arizona, that’s what we’re doing here,” said Buckler

The Arizona Farm Bureau trusts it will be easy to grow.

“Traditionally, what we’ve seen with hemp is that it likes climates like ours—climates that are hot, that are dry. We have a lot to go around and so I think it has that potential there,” said Chelsea McGuire, director of government relations with the Arizona Farm Bureau. 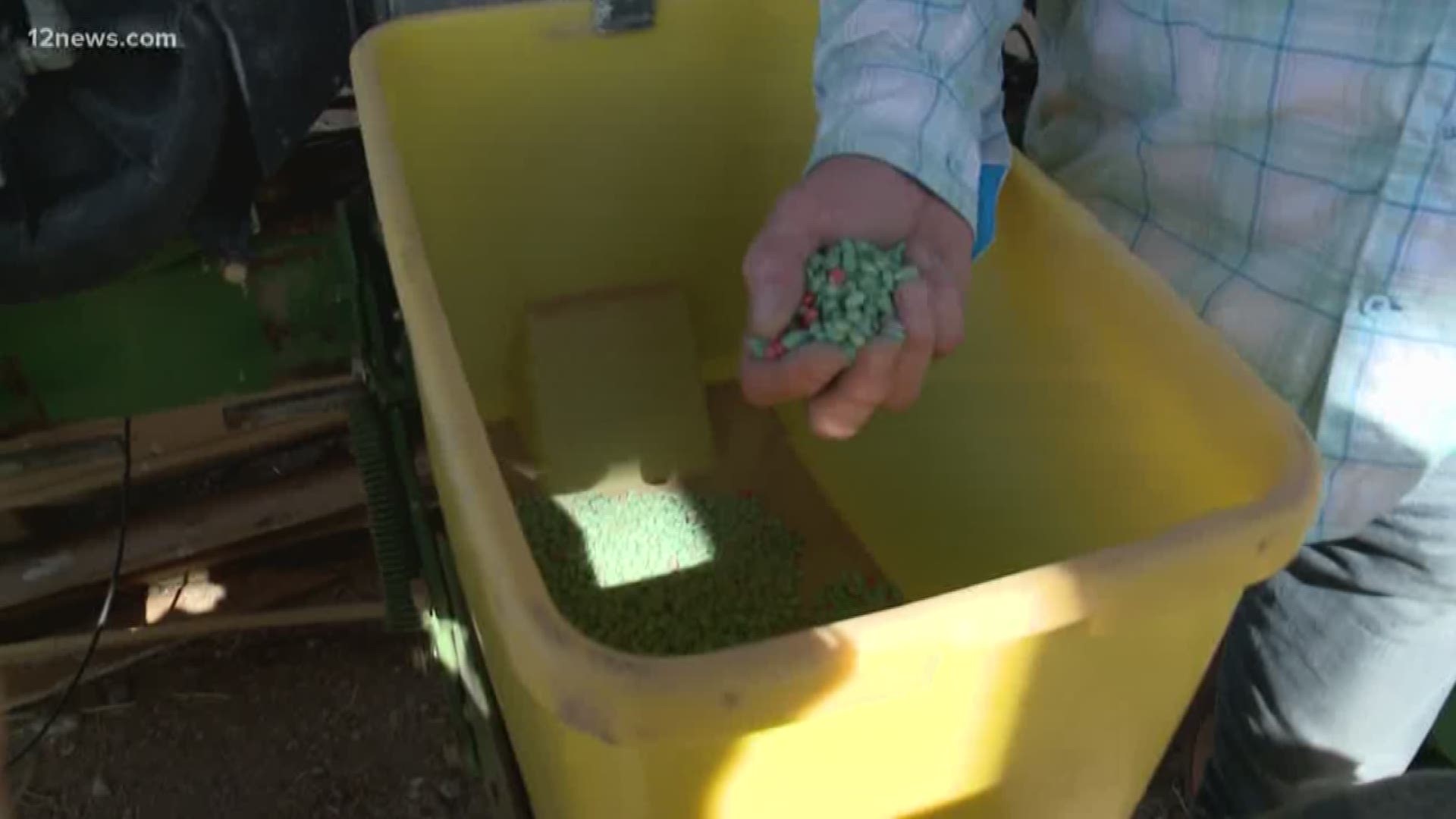 “It’s experimental and it’s risky because of the fact that if it’s going to be classified as industrial hemp, it has to have a certain THC content or below,” said McGuire.

The farm bureau says the idea right now is to observe and wait—wait for growers like George to document how their plants do.

“The goal here is to produce the best possible plant that produces the best possible material for Arizona in the toughest conditions,” said Buckler depending on how his plants do, he plans to expand to 1,000 acres of farming by spring of 2020.

According to the Arizona Farm Bureau, at least 37,000 acres are licensed to grow hemp in our state.

Hemp comes from the cannabis plant but doesn’t have the active ingredient that makes users high. Instead, hemp produces CBD, which is also in high demand, attracting more farmers to our state because it’s still very new here.