Did you see it? Green fireball seen streaking across Arizona sky

A green light in the sky over Arizona had social media buzzing over the weekend. 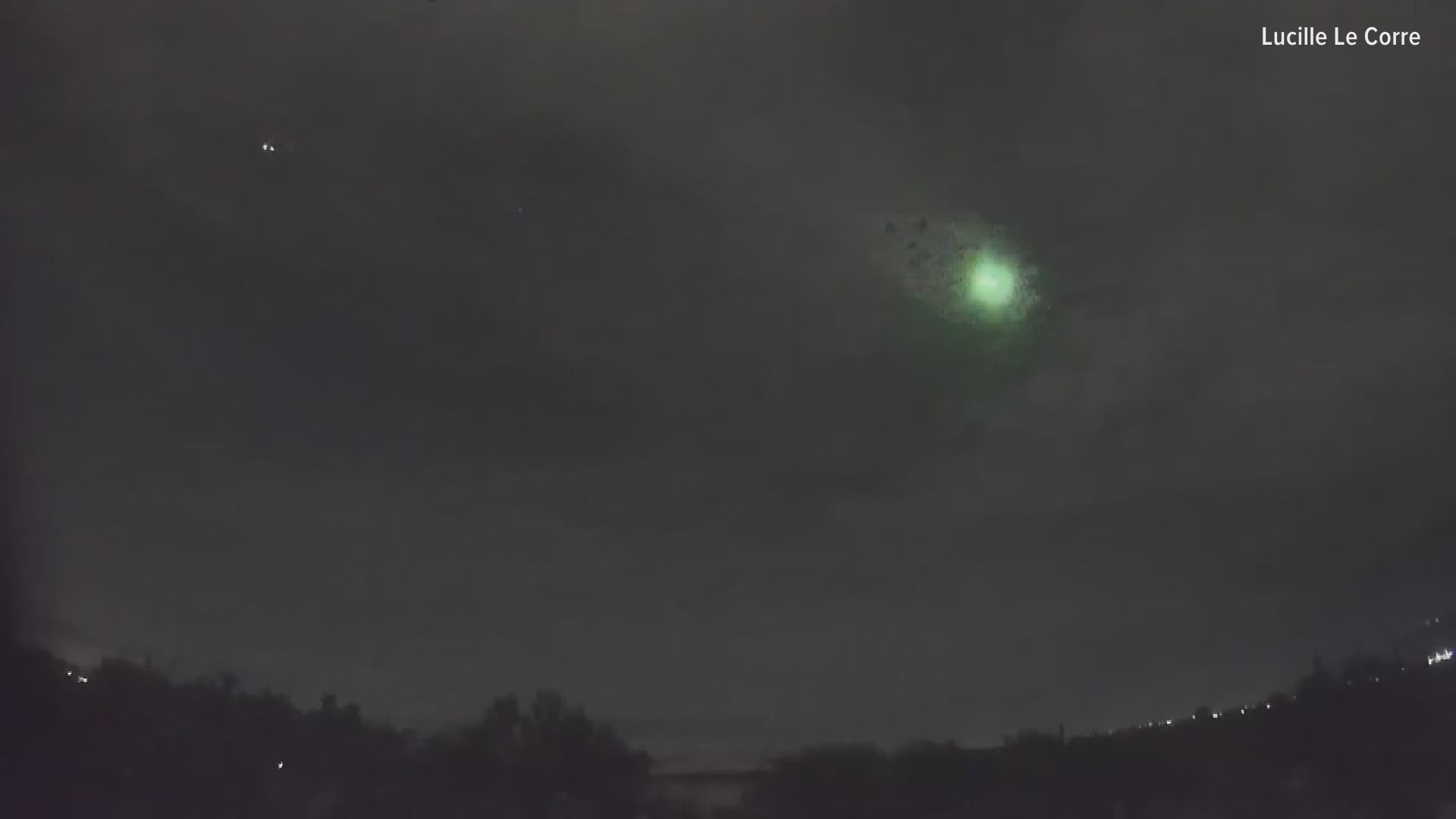 In the latest installment of strange sky stuff happening in Arizona, we bring you a green fireball.

Arizona is no stranger to the strange sky stuff and ever since those infamous "Phoenix Lights" social media explodes anytime there's something peculiar in the sky.

Although the green flash in the video above makes this seem alien-like or something straight out of the new "Ghostbusters: Afterlife" trailer, it appears to just be a meteor.

Bummed? You shouldn't be. It's still really cool.

The video of the phenomenon was tweeted out by Dr. Lucille Le Corre, a planetary scientist at the Planetary Science Institute in Tucson.

She described the green glowing object as a "fireball" near Phoenix that was captured on her rooftop camera in Tucson. She hashtagged the tweet with "shooting star."

According to the American Meteor Society, a fireball is a term used to describe a "very bright meteor."

Le Corre said the fireball streaked across the sky around 9:30 p.m. Friday night, others saw it too.

In the replies to Le Corre's tweet, one person wrote that they saw it in mesa while driving east. Another person tagged someone else saying "I told you I wasn't crazy and say {sic} a green light last night."

RELATED: Video shows strange lights in the sky over Tucson

"Great video, Lucille, thanks," another wrote. "Saw it while exiting the North Scottsdale Cine-Capri Theater after watching Frozen II."

That person questioned whether it could be falling space debris because it was "different" from most of the meteors he has ever seen.

"A lot of fireballs appear green so it is not unusual," Le Corre replied.